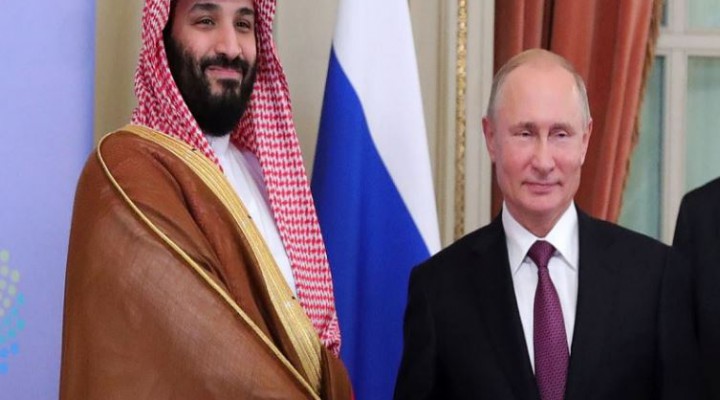 It’s surprising to realize that Saudi Arabia’s new Russian partners nowadays understand the Kingdom a lot better than their historical American allies, but that just speaks to the fact that the first-mentioned truly respects this West Asian country’s rising leadership role in the emerging Multipolar World Order while the second is adamantly against it.

Russian President Vladimir Putin’s Q&A session on Thursday that followed his speech at the Valdai Club covered an impressive array of topics, including his insight into several world leaders, Saudi Crown Prince Mohammed Bin Salman (MBS) among them. The Russian leader’s words are of particular interest for the Western audience, who’ve been hearing a lot of bad things about MBS ever since he agreed to cut oil production in early October together with his Kingdom’s OPEC+ partners.

“[It] is not true (that MBS was rude to the Americans because of me – said in response to a question).

Mohammed bin Salman is young, decisive and strong-willed. These are obvious facts. Don’t be rude to him, and you won’t hear harsh language from him. That’s it. You need to respect the Crown Prince and Saudi Arabia, and they will do the same. They will be rude to those, however, who are rude to them.

As for our involvement, this is just nonsense. The fact is, that the Crown Prince and the entire Saudi government are guided by their own national interests. I know the Crown Prince quite well personally, and I know what is driving him – he was thinking of his country’s interests and of balancing energy markets when considering whether to cut or boost production.

I am being completely serious when I say that in this regard his position is absolutely measured. He aims to balance both the interests of suppliers and consumers, because in the energy markets it’s not even the final price that’s important, it’s the current economic or political situation. What’s really important for energy markets is stability and predictability. The Crown Prince wants to have that and generally, he gets what he wants.

He surely won’t let you [get a free ride on his back – said in response to a quick follow-up question].”

President Putin’s description of MBS as decisive and strong-willed is important because these are aspects of his character that some observers have previously criticized him for with respect to his Kingdom’s involvement in the Yemeni War. About that, he’s indeed stayed the course despite the stalemate that ultimately set in and thus far failed to destroy the Houthis, yet the flip side is that this decisive and strong-willed approach has also thus far stopped the Houthis from taking over all of Yemen.

Regarding the next part of the Russian leader’s description, it’s obvious that MBS will reciprocate the way in which his interlocutors treat him, just as any self-respecting person would be expected to do. It’s unclear what truth there are to the rumors that he’s bad-mouthed US President Joe Biden behind his back, if that that was indeed the case, then it wouldn’t have been unilaterally without provocation. For what it’s worth, however, the Kingdom has officially denied the allegation.

Moving along, the most important part of President Putin’s response is when he emphasized the patriotic and pragmatic motivations driving MBS and his leadership. Far from being the so-called “bad guy” who’s supposedly spiting Biden for personal reasons like Western Mainstream Media has falsely made it seem, MBS is a very wise leader who always prioritizes his country’s objective national interests in every one of his decisions.

This insight deserves to be further elaborated by contrasting his approach with that of other leaders across the world. Some of them unilaterally concede on their country’s objective national interests due to corruption, external pressure, or a combination thereof. Such was the case with the European countries joining the US’ anti-Russian sanctions at the self-inflicted expense of worsening their own energy security. Accordingly, those states can’t be described as truly sovereign, unlike Saudi Arabia.

This observation speaks to the fact that the Kingdom is truly rising as one of the leaders of the emerging Multipolar World Order, which President Putin actually spoke about prior to being asked about its Crown Prince. He praised his ambitious economic diversification plans and said that “Saudi Arabia deserves being part of large international organisations such as BRICS or the SCO.” To that end, the Russian leader pledged to continue expanding relations with Saudi Arabia bilaterally and multilaterally.

It’s here where the last part of President Putin’s description of MBS makes a lot more sense. He confirmed that the Crown Prince won’t let anyone get a free ride on his back, which was a reference to the Russian leader’s earlier description of Turkish President Recep Tayyip Erdogan’s tough negotiating style. About that, President Putin drew attention to how his counterpart never acts on behalf of any third parties and always prioritizes Turkiye’s national interests in every one of his decisions.

Nobody is ever able to take advantage of him, the same as how it’s also impossible to take advantage of MBS. These patriotic leadership styles are coming to characterize the rising multipolar powers across the non-West in contrast to the submissive ones that have become trendy in the West like was earlier explained with respect to Europe. Considering this, observers can conclude that MBS is a very effective leader despite his youth and that he’s fast becoming a role model for others across the world.

Those American strategists and policymakers who’ve presumably arrived at different conclusions about the Crown Prince as evidenced from the antagonistic way in which their country’s representatives talk about and interact with him nowadays are working against their country’s interests. The Saudi-American Strategic Partnership has always been characterized by mutual respect and trust in order to obtain mutual benefits, yet the basis upon which it was built over the decades is weakening due to the US.

America unilaterally decided to implement unfriendly policies against the Kingdom by pressuring it into unilaterally conceding on its objective national interests. This pressure was first applied behind the scenes but increasingly became public, especially after MBS’ OPEC+ decision in early October. Instead of talking about him respectfully in order to maintain a professional atmosphere for repairing the relations that the US itself inexplicably frayed, their media began a mudslinging campaign against the Saudi PM.

This revealed the depth of rot within the US’ strategic and policymaking communities since no credible expert would ever have approved of such a malicious information warfare campaign against the most well-known representative of this historical ally. They wrongly concluded that his youth and personal characteristics meant that he could be easily manipulated into unilaterally conceding on his country’s objective national interests, absent which he could be successfully pressured into changing his mind.

It’s unclear how it all happened, but something clearly went wrong within these communities sometime in the past, though the symptoms didn’t show until now. It’s surprising to realize that Saudi Arabia’s new Russian partners nowadays understand the Kingdom a lot better than their historical American allies, but that just speaks to the fact that the first-mentioned truly respects this West Asian country’s rising leadership role in the emerging Multipolar World Order while the second is adamantly against it.

Is China looting Yemeni oil while supplying drones to the Saudi and UAE regimes to murder Yemenis?