HOME / SOCIAL/CULTURAL / Twitter Deletes QAnon to Protect US from Upheaval; Russia May Delete Twitter for the Same Reason 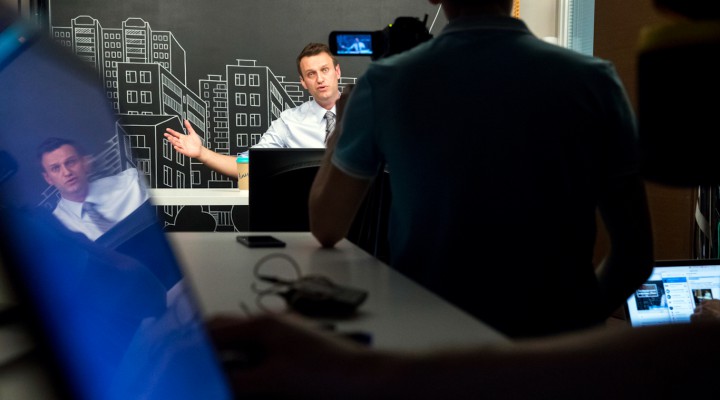 With American social media companies increasingly controlled by the national security state, Russia is considering bans on the likes of Twitter and YouTube.

MPN- Twitter has taken action against the QAnon movement, deleting more than 150,000 accounts that promoted the conspiracy theory. This follows a similar crackdown by YouTube. The impetus for the decision was the storming of the Capitol Building on January 6, led by many adherents who believe Donald Trump was leading a fightback against a satanic cult of cannibalistic pedophiles in the Democratic Party and the national security state.

“That was a moment of reckoning where we realized that the approach that we had put in place the previous fall, of attempting to reduce the influence of this movement, wasn’t sufficient,” a Twitter spokesperson told CBS News.

At the same time, Vladimir Putin’s administration is threatening to block American social media giants like Twitter and YouTube completely, accusing the two of illegally fomenting anti-government protests inside Russia.

Change Washington can believe in

These two developments are linked in many ways. Since its inception, social media has been key in organizing and encouraging protest movements worldwide. The Arab Spring — which dominated global headlines for months and led to revolutions, wars, and regime change across the region — was said to have been planned and boosted by Facebook and Twitter, which were keen for their platforms to be seen as a revolutionary force.

The U.S. government has long understood the power of social networks to bring about change. In 2009, it instructed Twitter to postpone a temporary maintenance shutdown of its site in order to help leaders of ongoing anti-government protests in Iran communicate and coordinate. That same year, USAID, a front group for the CIA, secretly released a Twitter-like app for Cuba that purported to be an independent platform. The plan was to provide a free high-quality service aimed at the country’s youth that would, once it gained traction, slowly be turned into an anti-government propaganda network used to incite an uprising.

Since then, the U.S. government appears to have decided on a more hands-on approach to social media, working to convince Twitter to delete hundreds of thousands of accounts it claims were linked to the governments of Iran, China, Russia, Venezuela, or Cuba. While a new social media influencing operation from a U.S. enemy is uncovered every few weeks, these platforms never seem to be able to find the American government doing the same thing, even though the existence of such U.S. networks has been known about for at least 10 years.

Washington seems to have found many willing partners in Silicon Valley. “What Lockheed Martin was to the twentieth century, technology and cyber-security companies will be to the twenty-first,” wrote Google executives Eric Schmidt and Larry Cohen. Along with Amazon, Microsoft and other tech giants, Google, YouTube’s parent company, signed a massive intelligence deal with the CIA in November, worth tens of billions of dollars. One month earlier, Twitter announced publicly that it had been working with the FBI in order to identify and delete Iranian accounts.

Fast forward to February, and the social media giant was removing Russian-based accounts because they were “undermining faith in the NATO alliance and its stability” — a decision that sparked consternation online from users worried about its implications.

A report released earlier this month from the influential D.C.-based think tank, the Center for Strategic and International Studies (CSIS), called for even more covert U.S. government control over social media, arguing that Washington should work with platforms like YouTube and Twitter so as to ensure that protest movements around the world result in an outcome more conducive to American interests. The report singled out protests in Russia over the treatment of anti-Putin activist Alexey Navalny and the long running Hong Kong demonstrations as two prime examples where the power of “authoritarian states” could be weakened or undermined if the U.S. worked with social media companies to boost the anti-government message to billions of internet users. As the CSIS wrote:

The U.S. government should think creatively about public-private partnerships that can expand its toolkit to defend the legitimate rights of political protestors globally, including preserving the digital rights of peaceful democratic activists while muting harmful mis- and dis-information from violent state and nonstate actors seeking to tip the balance in various countries.”

This plan might already be in action, if Russia’s suspicions are correct. Moscow is considering an all-out ban on Twitter after the company repeatedly failed to respond to its requests to remove thousands of messages encouraging citizens, including children, to attend illegal pro-Navalny demonstrations across the country. It also accused Twitter of failing to act to delete content relating to drug use, encouraging self-harm, and sexual abuse of children. As a punitive measure, it has already significantly slowed down the speed of the app across all mobile devices.

Moscow is also mulling over a ban of YouTube in a row over the platform’s censoring of Russian state media content. The government has accused the Silicon Valley video sharing platform of suppressing content sympathetic to it and promoting anti-Putin messages. Many pro-Russian content creators have noticed their viewership rapidly nose diving while, at the same time, pro-West, anti-Putin content is constantly promoted. RT filmmaker Anton Krasovsky, for example, claims he has been effectively shadowbanned, while Alexey Navalny’s Anti-Corruption Foundation is suggested to Russians — even alongside content, such as children’s cartoons, that bears no relation to his messaging.

“Our videos started showing up less and less in search results and recommendations, until finally they stopped appearing at all,” Krasovsky wrote in an open letter addressed to Andrey Lipov, head of Russian media regulator Roskomnadzor; “For a year now, they’ve been trying to silence us, and there’s nothing more we can do. We can’t fight back, and we can’t retaliate – we can’t even go underground.”

It seems hard to argue that this is not at least partially true. In the early to mid-2010s, when there was a more level playing field online, RT was perhaps the most popular news network on the internet. The Director of National Intelligence Report into Russian influence in the 2016 elections showed RT easily defeating its competition on YouTube, generating around eight times as many views as CNN. However, after extensive algorithm changes in the wake of the report’s publication, RT was demoted and establishment American outlets elevated. All RT content on YouTube and Twitter now comes with a warning label cautioning consumers that this is Russian-affiliated content. Independent, alternative news outlets have also been hit hard by the algorithm changes.

Meanwhile, Navalny has enormous influence online. His Russian-only YouTube channel has more than 6.5 million subscribers (50% more than English-language RT), while his Russian-language documentary (with English subtitles), exposing what he claims is Putin’s secret palace on the Black Sea, has amassed an extraordinary 115 million views. It is estimated that there are only around 258 million Russian speakers worldwide.

With social media companies increasingly intertwined with and controlled by the U.S. national security state, it might be that Russia decides the only way to level the playing field is to cut itself off from the West online, as China has done with its so-called Great Firewall. If the roles were reversed, there appears little doubt that the U.S. would consider doing the same. Last year, there was something close to pandemonium in the U.S. government as Chinese-owned TikTok became a viral social media app, with then-Secretary of State Mike Pompeo warning that the video-sharing platform was essentially a front for the Chinese Communist Party. The U.S. attempted to force through a sale to Microsoft or another American company. Chinese company Huawei installing a modern 5G network across the world and Xiaomi’s dominance in the global smartphone and semiconductor market have sparked similar concerns in the West.

Big-tech platforms like YouTube and Twitter tolerated the proliferation of the QAnon conspiracy theory. That was until the movement directly threatened the integrity of the U.S. state. After adherents began to question the validity of the elections and even organize what many commentators called a botched coup attempt, action was swift and extensive. It is perhaps unsurprising, therefore, that Russia is considering retaliating against the networks that are threatening its legitimacy.

Ep. 5456 – Alan Macleod on the Social Media Giants in Bed With Big Government

0 thoughts on “Twitter Deletes QAnon to Protect US from Upheaval; Russia May Delete Twitter for the Same Reason”