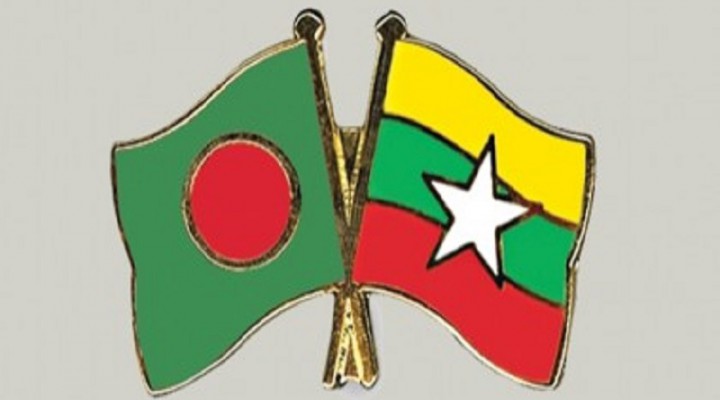 The Global South nations of the developing world can learn some valuable “Democratic Security” lessons from Bangladesh and Myanmar’s Hybrid War troubles, specifically as it relates to the need to proactively root out corruption from all levels of society in order to avoid embarrassing foreign media reports about them, as well as the urgency of establishing international media platforms and diversifying the state’s presence on US-based social media ones so as to ensure that the government’s message can’t be censored during times of crisis.

Hybrid War has been defined in many ways, but the most generally accepted understanding of this concept is that it refers to unconventional means to destabilize a society, usually for the purpose of pressuring the targeted state to undertaken a predetermined political course of action. With this in mind, one can describe Bangladesh and Myanmar as having recently experienced Hybrid War destabilizations. The first was the subject of an extremely detailed investigation by Al Jazeera alleging that Prime Minister Sheikh Hasina and Army Chief Aziz Ahmed are terribly corrupt, while the second saw Myanmar’s military TV network deplatformed from Facebook for reaffirming that the armed forces’ latest moves were in full alignment with Chapter XI of the 2008 Constitution. The purpose in pointing out the Hybrid War nature of these developments isn’t necessarily to defend each government in the face of the charges being leveled against them of engaging in corruption and carrying out a coup respectively, but to draw attention to the “Democratic Security” (counter-Hybrid Warfare tactics and strategies) lessons that other Global South nations can learn from their experiences.

Corruption Must Be Rooted Out At All Costs

The first lesson is in reference to Bangladesh, and it’s that corruption must be rooted out from all levels of society. The failure to do so tempts foreign media outlets such as Al Jazeera’s to expose these sensitive shortcomings of governance and thus provoke a political response from the domestic population that’s suffered because of it, even if that isn’t those journalists’ stated intention. Many Global South nations are unfortunately captured by corrupt elements that in some cases even extend to the public apexes of power like in the alleged Bangladeshi example. The state’s legitimacy and that of the other institutions like the military that are implicated in these scandals are immensely because of this, which in turn could reduce the population’s trust in them and even incite riotous unrest in some scenarios. Any government can theoretically be targeted by this Hybrid War tactic, but the chances of success are greatly increased if the presented evidence is very compelling like Al Jazeera’s is. It’s for that reason why proactive anti-corruption drives must be initiated as soon as possible in the interests of national security otherwise such foreign investigations risk tarnishing the state’s legitimacy.

Information Platforms Must Be Diversified

The second lesson to be learned is that all Global South nations must urgently diversify their information platforms. Many of them remain dependent on US-based social media ones to disseminate their official statements, which as the Myanmar case with Facebook proves, could result in them being deplatformed for arbitrary reasons and thus unable to share their stance with the rest of the world. The solution is for their representatives to create accounts on VK and other non-Western platforms in order to ensure that their voices remain heard by the international community in that scenario. Similarly, they must establish their own RT-like international media outlets in order to maximize their messaging and maintain an information presence if their representatives are blacklisted from other platforms like Myanmar’s are. Some states lack the financial capabilities to do this on a similar scale, but any progress in this direction is still better than none at all. The worst-case scenario is the state’s representatives from being cut off from the international community during times of crisis, and this must be avoided no matter what.

The Demand For “Democratic Security” Studies

Both of the proposed solutions should have already been implemented by all Global South nations, but the reason that they haven’t is because the concept of “Democratic Security” remains foreign to them. Despite the author’s best efforts to popularize his unique blend of military-political science over the past half-decade, which is arguably a school of thought in its own right, many states remain woefully unaware of Hybrid War threats in the information sphere. Bangladesh, Myanmar, and most of their Global South peers can confidently defend their hard power interests, but few have an understanding of how to defend their soft power ones. Even worse, they have yet to acknowledge that the informational dimension of Hybrid Warfare can provoke or exacerbate hard threats within their borders. There is no excuse for them failing to proactively root out corruption to avert Al Jazeera-like scenarios and diversifying information platforms even by having their representatives set up accounts on non-Western ones like VK. Without an appreciation of “Democratic Security”, Global South nations can never adequately defend themselves from Hybrid War threats.

All Global South nations must learn from the Hybrid War troubles that Bangladesh and Myanmar have recently found themselves in. There’s no excuse for either of them being caught off guard by what happened because there was plenty of time for them to proactively root out corruption and diversify information platforms respectively. They’re now caught flat-footed and unable to properly react in defense of their national interests, which in turn is worsening the pressure upon them during these tense moments of political crisis. That’s not to say that they won’t survive their tribulations, but just that it’s all the more difficult to do so because they didn’t prepare in advance of these entirely foreseeable scenarios. The only sustainable solution is to popularize the emerging field of “Democratic Security” studies, ideally by inspiring their military and political experts to research these tactics and strategies in depth, after which they should systematically teach them at relevant national universities. Anything less than that will leave states perpetually defenseless in the face of this ruthless Hybrid War onslaught against them, which in time will inevitably lead to regime change or worse.