Ep. 5456 – Alan Macleod on the Social Media Giants in Bed With Big Government 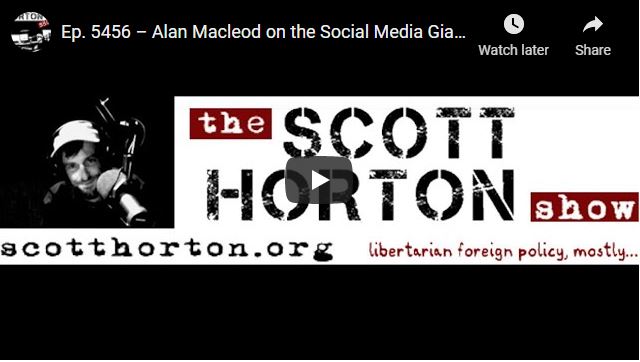 Alan Macleod talks about the unholy alliance between government and social media. In an alarming number of cases, says Macleod, companies like Facebook and Twitter end up hiring former government officials to high-ranking positions, creating a revolving door that makes it hard to separate the public sector from “private” media companies.

Macleod explains that it was officials like these who had a hand in suppressing the Hunter Biden laptop story, who perpetuate the idea that anything that runs against their narrative is “fake news” and who continue to cooperate with, and even advocate for, government regulation that disproportionately harms smaller platforms.

God Save Us From The Educated Youth

0 thoughts on “Ep. 5456 – Alan Macleod on the Social Media Giants in Bed With Big Government”