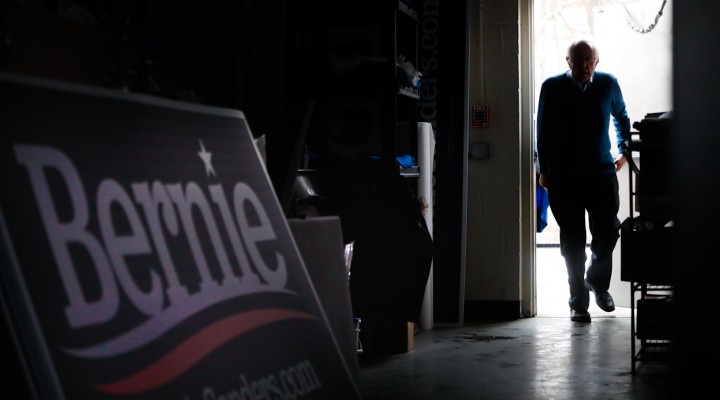 No matter how much mainstream media and establishment Democratic pols attempt to spin the results, Iowa has many of those in the establishment very worried, to say the least.

MPN– While former South Bend mayor Pete Buttigieg may have claimed victory at this week’s botched Iowa caucus, the real winner, according to statisticians, was Bernie Sanders. The Vermont senator is now by far the favorite candidate according to bookmakers. Oddschecker, a betting comparison app, surveyed eighteen different gambling sites and found every one declaring the democratic socialist the clear frontrunner. Real Clear Politics has also had Sanders as its favorite for over a week, as Bernie surpassed former vice-president Joe Biden, who performed poorly in the first caucus of the year. The runaway favorite in October, Massachusetts’ Elizabeth Warren has crashed, her likelihood of overall victory dropping from 53 percent in the fall to just 7.5 percent today.

Perhaps most notably, statistics and politics website Five Thirty Eight predicts that Sanders is the favorite to win in all 50 states, suggesting he will receive over 200 delegates in California alone – twice the total of any other candidate. This is all the more surprising as Five Thirty Eight’s Editor-in-Chief Nate Silver is a conservative, describing his politics as lying between Mitt Romney and Gary Johnson. The site also has a history of downplaying or underestimating Sanders’ chances.

No matter how much mainstream media attempts to spin the results, Iowa has many of those in the establishment very worried, to say the least. Writing in New York Magazine, self-described liberal Jonathan Chait was beside himself with worry and was unsure what the best plan of action was to stop the Sanders surge. “One strategy would be to rally around Biden, on the grounds that no other candidate has or will have his name recognition and ties to black voters. The other strategy is to hope his campaign collapses as quickly as possible, so that another contender can emerge,” he wrote. “At the moment it is not clear which strategy makes sense.” He bemoaned the lack of coordination from the Democratic establishment to oppose the Vermont senator and claimed that other “center-left” candidates like Pete Buttigieg and Amy Klobuchar simply do not have the backing of black voters, making a South Carolina victory very unlikely. He also wrote that Mike Bloomberg might be liberals’ best-case scenario for victory, even though he felt he was just another long shot.

Chait claims to oppose Sanders purely on pragmatic grounds, arguing that Bernie veers way too far left to be elected. Therefore, selecting him as the candidate would be “an act of insanity.” Of course, he also strongly supported the invasion of Iraq and argued that liberals should get behind Trump for the Republican nomination in 2016 as it would destroy the party and lead to an easy Clinton victory. Therefore, those who do support Bernie might not feel Chait’s pronouncements are a death knell for his campaign. Leaked audio has shown that Sanders was the only candidate Trump was fearful he could not defeat. “Had Clinton picked Bernie Sanders it would have been tougher. He is the only one I didn’t want her to pick” for vice-president, Trump told his team, noting that “If Bernie would have been VP it would have been tougher.”

MSNBC host Joy Ann Reid, who recently invited a quack body language expert on her show to discuss Bernie’s supposed sexism, tried to downplay Sanders’ large lead in the Iowa vote share. “Am I wrong to think that 6,000 votes is not exactly a revolutionary margin either way so neither of the top two finishers in Iowa got much out of it regardless of the outcome?” she wrote. 6,000 votes equate to around three percent – a wider margin of victory than Hillary Clinton over Trump in the 2016 popular vote.

Clinton has been sounding the alarm for weeks over Sanders’ rise, refusing to agree to endorse him if he wins the nomination. Late last month she claimed that “nobody likes him” and that she hates the “culture around him,” specifically his “rabid followers,” using a word usually reserved in English for diseased and dangerous animals to describe the two-thirds of Americans who have a favorable opinion of him, according to a January poll. Evidently, Clinton still has the same tactical nowse as in 2016.

Former Maryland governor Mmintpartin O’Malley, who ran as a “moderate” in the 2016 primaries, also expressed his alarm at the rapidly leftward moving party. “Look, I know in my own generation we fell for the Nigerian prince scam, but how do you all fall for the Bernie Sanders scam? I don’t get that,” he said to The Guardian.

Regardless of the objections of establishment Democrats, Sanders’ campaign appears to be gathering momentum. The next primary is on Tuesday in New Hampshire, where Bernie has a strong organization. Another victory will likely turn angst into full blown panic.

0 thoughts on “Media, Democratic Establishment Panics as Sanders Predicted to Sweep All 50 States”