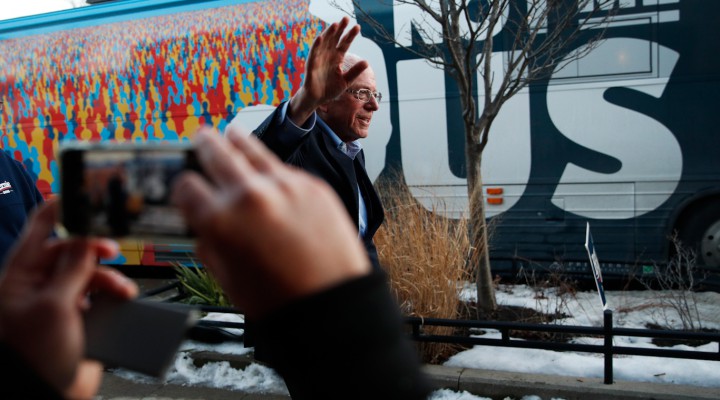 Nell Thomas, the only member of the cyber task force willing to make their participation public, was previously employed with the online arm of Hillary Clinton’s 2016 campaign.

MPN– The Democratic National Congress (DNC) has set up an extensive online communications team of trolls – and is launching it just in time for the Iowa caucus. CNN’s Donnie O’Sullivan spoke to a number of its agents (almost all of whom insisted on remaining anonymous) and reported that the new DNC project is working with government agencies like the FBI and the Department of Homeland Security as well as online media giants like Facebook, Twitter, Google and Reddit.

The DNC present the project as a “counter disinformation team” aimed at correcting Russian interference online. “Both Republicans and foreign actors, like Russia, have an incentive to divide the American electorate and may try to use the Iowa Caucus to further that goal,” it said. However, if history is any judge, there is reason to believe the real target of the mission is to discredit surging outsider candidates challenging the Democratic establishment, chief among them Bernie Sanders.

The only named member of the cyber task force is Nell Thomas, who worked for the online arm of Hillary Clinton’s 2016 campaign, one that saw a troll army called “Correct the Record” launched on social media. Thomas subsequently spent two years working for Facebook before taking a position with the DNC in May of last year. No other officials agreed to be named, citing possible harassment as a justification. The DNC establishment infamously rigged the 2016 Democratic presidential nomination against Sanders in order to assure Clinton was chosen as the candidate, arguing in court that it was under no legal obligation to provide a fair election and claiming it was their right under the First Amendment. Words like “impartial” and “evenhanded,” as used in the DNC charter, it said, could not be interpreted by a court of law.

The first sentence of O’Sullivan’s report reminds readers that Russians supposedly tried to help Sanders beat Clinton in 2016. He also noted that the new DNC group has built a system that will monitor social media variations of the word “rigged” and cause the team to spring into action to counter supposed false information about Iowa.

Another weapon in the DNC’s arsenal is a monitoring tool called “Trendolizer.” According to CNN: “When stories from websites known to peddle misinformation mention candidates and begin getting shares on social media, Trendolizer detects it and an alert is sent to the relevant campaigns.” Herein lies another clue that the real purpose is to undermine outside challengers.

After the 2016 election, corporate media boosted an organization called PropOrNot, which claimed to be a team of impartial “experts” who had created a list of fake news websites that peddled Russian propaganda. While included on the list were dubious sources such as InfoWars and Natural News, there were also libertarian outlets like AntiWar.com and a number of high-quality progressive media organizations like Black Agenda Report and TruthDig (MintPress was also included on the list).

PropOrNot was described as “embodying the toxic essence of Joseph McCarthy, but without the courage to attach individual names to the blacklist” by investigative journalists Ben Norton and Glenn Greenwald. Despite this, the hysteria it created in the corporate press pushed social media giants like Google, YouTube, Bing and Facebook to change their algorithms ostensibly to fight fake news. But the only discernable effect was to hammer alternative media and promote establishment outlets. Google traffic to AlterNet fell by 63 percent overnight, Common Dreams lost 37 percent, Democracy Now! 36 percent and The Intercept 19 percent. MintPress News has also suffered badly from the algorithm changes that punished almost every outlet that did not lie in the beltway between Clintonite liberal and moderate Republican.

CNN also confirmed that Facebook has hired former intelligence officials to “root out coordinated disinformation campaigns” and has partnered with fact-checking organizations to “downrank false posts.” Facebook has already outsourced much of its quality control to the Atlantic Council, a think tank affiliated with NATO, essentially meaning that the U.S. government decides what the world sees (and doesn’t see) in its newsfeeds. And fact-checking organizations have fought a long and bitter war against Sanders, attempting to undermine his every comment. For instance, fact-checkers at the Washington Post rated the Vermont senator’s claim that his average donation was $27 false, because, after crunching the numbers they found it was actually $27.89. They also claimed his pronouncement that millions of Americans work multiple jobs was “misleading” because only 8 million do so, and many of those are part-time.

Sanders supporters did not welcome the news of a new online counter-propaganda network. “Brace yourself, the DNC is launching its troll army (branded as ‘troll fighters’) headed by a former Hillary staffer to counter ‘disinformation’. If you use the word ‘rigged’, they will come after you. Get ready to be called a Russian all over again,” noted one Sanders’ supporter on Twitter. Nevertheless, Sanders’ poll numbers are surging, and if he can win Iowa, preventing him from being the Democratic candidate might prove harder than last time.