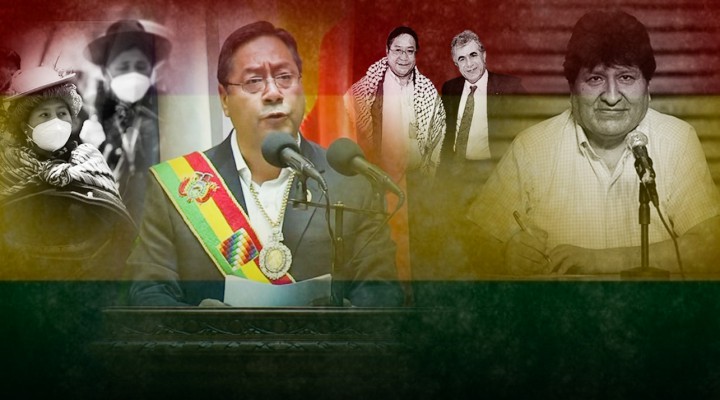 The Movement to Socialism party is already enacting widespread changes to Bolivia in an attempt to undo the damage of one year of US-backed austerity and military rule.

MPN– Only weeks after their landslide victory, the leftist Movement to Socialism (MAS) party is already enacting widespread changes to Bolivia in an attempt to undo the damage of one year of military rule. Last November, a U.S.-backed coup removed democratically-elected president Evo Morales from power, placing the far-right authoritarian politician Jeanine Añez in power.

Internally, the new government, headed by Luis Arce, is facing many pressing concerns, as the country tries to come to grips with the fallout of the COVID-19 pandemic that has killed over 9,000 Bolivians, making it one of the worst affected countries in the world per capita.

Arce, Morales’ economy minister until the coup, has made the eradication of poverty and extreme poverty his top priority. Under Morales stewardship (2006-2019), Bolivia saw its poverty rate reduced by 42% and extreme poverty cut by 60%. The government has already begun issuing what it calls “hunger bonuses” — cash sums to all adults who do not receive a salary. This is a desperately needed financial transfer, as many sectors, including tourism, have virtually collapsed thanks to the pandemic. As part of a wider economic program, Arce announced changes in public spending he hopes will “optimize expenses and reactivate public investment to generate jobs.”

Part of Arce’s work entails undoing the damage done by the Añez administration over the past year. The government is restarting public transportation projects canceled under Añez’s brief rule, such as a tramway project for the city of Cochabamba, and reopening its Ministry of Cultures, which Añez closed, labeling it an “absurd expense.” The Ministry of Cultures promoted indigenous Bolivian identity and will now be led by an indigenous Quechua Campesina (farm worker). Television and radio networks that were shut down under the previous administration have also been allowed to broadcast again. Late last month, Latin American news network TeleSUR began operating in Bolivia after one year of silence.|

Internationally, the changes have been perhaps more pronounced. Bolivia has rejoined a number of progressive Latin American alliances and organizations, including the Union of South American Nations (UNASUR) and the Bolivarian Alliance for the Peoples of Our America (ALBA) — a left-wing trade and political bloc aimed at promoting Latin American unity. Former President Morales also traveled to Venezuela, observing the recent elections and embracing government officials there, also posing underneath a portrait of Cuban revolutionary Che Guevara.

While Añez’s interior minister Arturo Murillo invited Israeli security forces to the country to help quell dissent and crush any resistance to their rule, the country’s new Minister for the Presidency, Maria Nela Prada, pointedly wears a Palestinian Keffiyeh (headscarf) on official business. Under Morales, Bolivia had become a champion of Palestinian rights on the world stage, even declaring Israel a “terrorist state” in 2014. Bolivia’s position was part of a continent-wide shift in relations; in 2005, not one country in South America officially recognized Palestine, but by 2018, all had changed their positions.

Under the Añez dictatorship, Bolivia invited Israeli secret police to the country to help them crack down on protestors.

Today its Minister for the Presidency casually wears and Palestinian Keffiyeh on official business. pic.twitter.com/IAbT4ZGwB8

Añez was handpicked by the military after they intervened in the country’s 2019 presidential elections, claiming fraud and demanding Morales resign. Morales fled to Mexico, then Argentina, and faced spending the rest of his life in prison if he returned to his homeland.

Añez and Murillo pushed forward a radical privatization program, cracking down on opposition to their rule. Calling herself an “interim president,” she promised to immediately hold elections. However, she postponed them three times. Fearing permanent military rule, Bolivians organized a nationwide general strike that paralyzed the country and forced her to concede to elections in October. While Morales was banned from standing, Arce and the MAS won in a landslide, nearly doubling the vote total of their nearest challengers. Morales returned to a hero’s welcome last month, accompanied by MintPress’ Ollie Vargas.

Añez, meanwhile, was attempting to go the other way, but was prevented from fleeing the country on a plane to Brazil. She complained that she was being “persecuted” for “thinking differently.” Others felt that she was being held to account for her crimes, which included overseeing two massacres of indigenous MAS supporters. Murillo, on the other hand, managed to fly to Panama and is now currently in the United States. Given the U.S.’ strong support for the coup, it is unlikely that he will be forced to return.

Perhaps a bigger problem for the U.S. than the fall of their client government, however, is the democratic election of a Marxist politician as head of state. In 1973, the U.S. organized the overthrow of the democratically-elected Marxist Salvador Allende in Chile. With such widespread support for Arce and his policies, doing the same again in Bolivia might prove far harder this time.