HOME / SOCIAL/CULTURAL / As Congress Goes on Vacation, Calls for a General Strike Across America Grow Louder

As Congress Goes on Vacation, Calls for a General Strike Across America Grow Louder 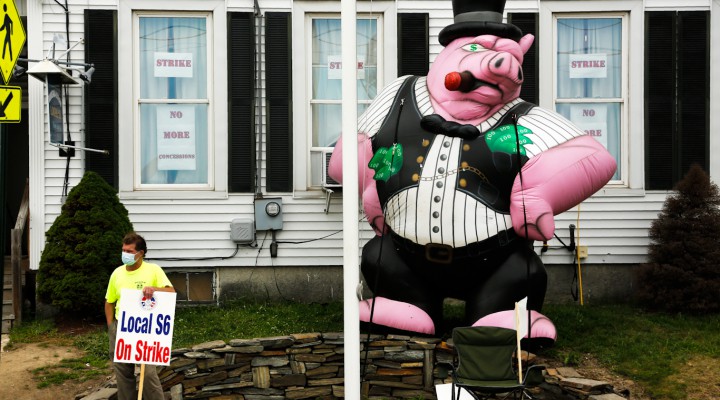 Government inaction, added to the prospect of being forced back to work under unsafe conditions, is leading to increasing calls for a general strike to begin on September 1.

MPN– To the dismay of many Americans, Congress and the Senate adjourned until September, meaning that any coronavirus relief package is still, at least, many weeks away. As a result, a growing number of Americans are calling for a general strike, the topic trending on social media this weekend.

The Senate will not return until September 8, although Speaker of the House Nancy Pelosi announced late last night that she was recalling members in order to fight Trump’s proposals to gut the U.S. Postal Service. Nevertheless, Republicans and Democrats are “miles apart” on any COVID-19 relief bill, she told reporters on Thursday. Democrats are insisting that the $600 weekly unemployment benefit must continue, with Republicans arguing it should be reduced. The fallout from the pandemic, which has already claimed over 173,000 American lives, has left 26 million hungry, 40 million facing eviction, and forced more than 51 million to file for unemployment benefits. Yet Pelosi’s response last week was to ask the nation to pray for Republicans.

Government inaction, added to the prospect of being forced back to work under unsafe conditions, is leading to increasing calls for a general strike to begin on September 1. Addressing the government, the Movement for a People’s Party responded: “Let me get this straight. You’re telling us to get back to work while you go on vacation? We don’t think so. We don’t work until you do.” Former Democratic presidential candidate Andrew Yang also voiced his exasperation at the two parties, claiming, “If our government doesn’t get its act together a general strike and mass unrest are around the corner.” The mood online appeared militant; “They went on vacation. We went to the bread line,” seemed to be a popular sentiment, speaking to how millions felt left out of any aid packages.

Who's down for a #GeneralStrike?

According to the website GenStrike.org, the organizers have already settled on a number of demands, including government-guaranteed paid leave for all non-essential workers and adequate personal protective equipment for all essential workers. In addition, they are calling for the government to distribute food to those in need and to halt immigration raids during the pandemic.

However, the easy part is calling for a strike and drawing up a list of demands. Far harder is organizing the population across a massive and diverse country like the United States, and it will doubtless take a monumental effort to get the project off the ground. If successful, the support of public sector unions like teachers’ will be essential. Educators are currently facing returning to crowded schools without adequate safety gear and no hope of enforcing social distancing norms. Many have been privately advised by medical professionals to purchase life insurance and write wills as a precaution. 18 percent are considering quitting, according to a recent survey.

Still others are organizing strikes and coordinating mass “sick outs” to protest working conditions. In Arizona, for example, teachers were able to reverse a decision to reopen schools in two districts today after 109 of the district’s 250 teachers said they would not return to work.  “We have to put our foot down and hold a nationwide [general] strike,” one local teacher told the World Socialist Website. “We can’t put ourselves, our children and our families at risk. Would you rather live and temporarily postpone your education or go to school and die? If it’s a choice between going back to school or living, I’ll live, thank you very much.” There is also a de facto rent strike taking place across the country. With tens of millions newly unemployed, almost a third of renters missed their monthly payment in April, and tenant’s unions have sprung up nationwide.

While working-class Americans have faced the brunt of the impact of COVID-19, the country’s billionaire class has emerged stronger and more powerful than ever before. According to the Institute for Policy Research, billionaires’ wealth has increased by almost $700 billion since the pandemic began, with the world’s richest individual Jeff Bezos nearly doubling his fortune. Much of this is down to the forest coronavirus relief act, 82 percent of the tax benefits of which went to those making more than $1 million per year. Thus, a general strike for guaranteed income and better working conditions is unlikely to leave American plutocrats destitute.

As Congress Goes on Vacation, Calls for a General Strike Across America Grow Louder

0 thoughts on “As Congress Goes on Vacation, Calls for a General Strike Across America Grow Louder”