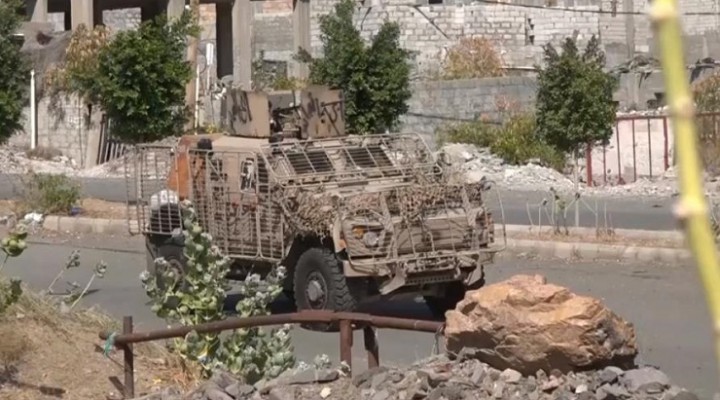 US weapons are once again falling into the hands of militants fighting in one of Washington’s many proxy wars – this time in Yemen – the militants being fighters of local Al Qaeda affiliates.

CNN in its article, “Sold to an ally, lost to an enemy,” would admit:

Saudi Arabia and its coalition partners have transferred American-made weapons to al Qaeda-linked fighters, hardline Salafi militias, and other factions waging war in Yemen, in violation of their agreements with the United States, a CNN investigation has found.

Saudi Arabia and the United Arab Emirates, its main partner in the war, have used the US-manufactured weapons as a form of currency to buy the loyalties of militias or tribes, bolster chosen armed actors, and influence the complex political landscape, according to local commanders on the ground and analysts who spoke to CNN.

Weapon transfer included everything from small arms to armored vehicles, CNN would report.

The article would include a response from Pentagon spokesman Johnny Michael, who claimed:

The United States has not authorized the Kingdom of Saudi Arabia or the United Arab Emirates to re-transfer any equipment to parties inside Yemen.

The US government cannot comment on any pending investigations of claims of end-use violations of defense articles and services transferred to our allies and partners.

Despite obvious evidence that Saudi Arabia and the United Arab Emirates are both violating whatever agreements the Pentagon claims to have with both nations, the US continues fighting their joint war in Yemen for them in all but name.

The US role in Yemen includes not only arming Saudi Arabia and the UAE, but also training their pilots, selecting targets, sharing intelligence, repairing weapon systems, refuelling Saudi warplanes, and even through the deployment of US special forces along The Saudi-Yemeni border.

Because of this continued and unconditional support – Pentagon complaints over weapon transfers it claims were unauthorized ring particularly hollow. More so when considering in other theaters of war, US weapons also “accidentally” ended up in the hands of extremists that just so happened to be fighting against forces the US opposed.

An entire army of Al Qaeda-linked forces was raised in Syria against the government in Damascus through the “accidental” transfer of US weapons from alleged moderate militants to designated terrorist organizations including Al Qaeda’s Al Nusra affiliate and the self-proclaimed “Islamic State” (ISIS).

And while this was presented to the public as “accidental” –  years before the war in Syria even erupted, there were already warning signs that the US planned to deliberately use extremists in a proxy war against both Syria and Iran.

As early as 2007 – a full 4 years before the 2011 “Arab Spring” would begin – an article by Pulitzer Prize-winning journalist Seymour Hersh published in the New Yorker titled, “”The Redirection: Is the Administration’s new policy benefiting our enemies in the war on terrorism?” would warn (emphasis added):

To undermine Iran, which is predominantly Shiite, the Bush Administration has decided, in effect, to reconfigure its priorities in the Middle East. In Lebanon, the Administration has coöperated with Saudi Arabia’s government, which is Sunni, in clandestine operations that are intended to weaken Hezbollah, the Shiite organization that is backed by Iran. The U.S. has also taken part in clandestine operations aimed at Iran and its ally Syria. A by-product of these activities has been the bolstering of Sunni extremist groups that espouse a militant vision of Islam and are hostile to America and sympathetic to Al Qaeda.

From 2011 onward, admissions throughout prominent Western newspapers like the New York Times and Washington Post would admit to US weapon deliveries to “moderate rebels” in Syria.

Articles like the New York Times’, “Arms Airlift to Syria Rebels Expands, With C.I.A. Aid,” and “Kerry Says U.S. Will Double Aid to Rebels in Syria,” the Telegraph’s,  “US and Europe in ‘major airlift of arms to Syrian rebels through Zagreb’,” and the Washington Post’s article, “U.S. weapons reaching Syrian rebels,” would detail hundreds of millions of dollars in weapons, vehicles, equipment, and training funneled into Syria to so-called “moderate rebels.”

Yet even as early as the first year of the conflict, Al Qaeda affiliate Al Nusra – a US State Department-designated foreign terrorist organization – would dominate the battlefield opposite Syrian forces.

The US State Department in its own official press statement titled, “Terrorist Designations of the al-Nusrah Front as an Alias for al-Qa’ida in Iraq,” explicitly stated that:

If the US and its allies were admittedly transferring hundreds of millions of dollars worth of weapons, equipment, and other support to “moderate rebels,” who was funding and arming Al Nusra even more, enabling them to displace Western-backed militants from the Syrian battlefield?

The Western media had proposed several unconvincing excuses including claims that large numbers of defectors to Al Qaeda and its affiliates brought with them their Western-provided arms and equipment.

The obvious answer – however –  is that just as Seymour Hersh warned in 2007 – the US and its allies from the very beginning armed and backed Al Qaeda, intentionally created its ISIS offshoot, and used both in a deadly proxy war they had hoped would quickly conclude before the public realized what had happened.

It had worked in Libya in 2011, and the quick overthrow of the Syrian government was likewise anticipated. When the war dragged on and the nature of Washington’s “moderate rebels” was revealed, implausible excuses as to how Al Qaeda and ISIS became so well armed and funded began appearing across the Western media.

As the alternative media now attempts to shed light on the ongoing US proxy war in Yemen, a similar attempt to explain how Al Qaeda has once again found itself flooded with US support is being mounted. Just as in Syria – the obvious explanation for Al Qaeda forces in Yemen turning up with US weapons is because the use of Al Qaeda and other extremists was always a part of the US-Saudi-Emarati strategy from the very beginning.

CNN’s revelations were not the first.

An Associated Press investigation concluded in August 2018 in an article titled, “AP Investigation: US allies, al-Qaida battle rebels in Yemen,” that (emphasis added):

Again and again over the past two years, a military coalition led by Saudi Arabia and backed by the United States has claimed it won decisive victories that drove al-Qaida militants from their strongholds across Yemen and shattered their ability to attack the West.

Here’s what the victors did not disclose: many of their conquests came without firing a shot.

That’s because the coalition cut secret deals with al-Qaida fighters, paying some to leave key cities and towns and letting others retreat with weapons, equipment and wads of looted cash, an investigation by The Associated Press has found. Hundreds more were recruited to join the coalition itself.

While the US pleads innocent and attempts to blame the arming of Al Qaeda in yet another of Washington’s proxy wars on “accidental” or “unauthorized” weapon transfers, it is clear that Al Qaeda has and still does serve as a vital auxiliary force the US uses both as a pretext to invade and occupy other nations – and when it cannot – to fight by proxy where US forces cannot go.

The US – which claims its involvement in Syria, Iraq, and Yemen is predicated on containing Iran who the US accuses of jeopardizing global security and of sponsoring terrorism – has aligned itself with actual, verified state sponsors of terrorism – Saudi Arabia and the UAE – and is itself knowingly playing a role in the state sponsorship of terrorism including the arming of terrorist groups across the region.

Iran and the militant groups it has backed – accused of being “terrorists” – are ironically the most effective forces fighting groups like Al Nusra and ISIS across the region – illustrating Washington and its allies of being guilty in reality of what it has accused Syria, Russia, and Iran of in fiction.