HOME / WORLD / The decline of the Muslim Brothers

The decline of the Muslim Brothers 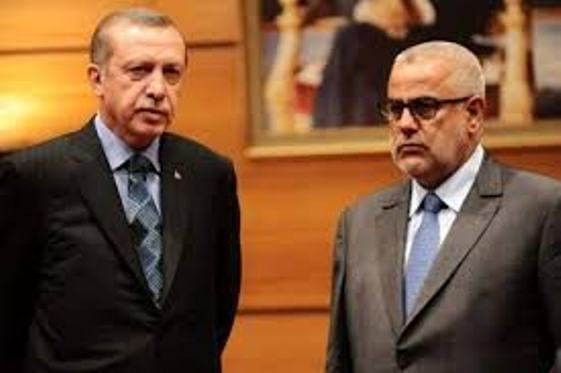 Why is ‘moderate’ Sunni political Islam on the retreat?

The defeat of Morocco’s Justice and Development Party (PJD) – the local variant of the Muslim Brotherhood (MB) movement – in the recent elections was resounding. It lost more than 90% of its parliamentary seats. This coincided with the removal of its Tunisian counterpart, the Nahdha Party, from a position of power. Its long-time critic President Kais Saeid won widespread popular support for suspending the legislature and constitution, sacking the government, and declaring a state of emergency. Elsewhere, MB-affiliated groups failed in their bid to change the regime in Syria, went on the retreat in Libya, all but disappeared in Iraq, and saw their government in Egypt destroyed and their members mercilessly persecuted.

Critics of political Islam have been eager to offer explanations for its descent from the pinnacle to (almost) the depths of political power over the past ten years. Some attribute the failure to poor economic performance when it was in government. Others to internal divisions or external machinations. But MB leaders themselves rarely speak out to admit to past failures or mistakes or recommend fundamental policy changes. A rare exception was veteran Egyptian MB leader Yousef Nada, who recently called for an unconditional dialogue with the ruling regime.

A major reason for the demise of ‘political Islam’ which many avoid mentioning is its co-optation by regional and global powers to serve their own agendas. The US and its Arab allies did that in Syria, Iraq, Libya, and Egypt. This is proven by thousands of documents in addition to the visible facts on the ground. The way these powers have begun to abandon political Islamist forces and organisations and engage in dialogue with their archenemies in Egypt, Saudi Arabia and the UAE is testimony to this. We are referring specifically here to Qatar and Turkey as well as the US itself.

I will never forget interviewing the late Omar Tilimsani, the MB’s ‘Supreme Guide’, when I was a young journalist in London in 1978. The Camp David accords had just been signed, and I tried every trick I could think of to get him to say a single word denouncing them. He realised what I was up to, but reacted courteously. He politely asked me to stop recording, and once I had switched off the recorder turned to me and explained: I will not denounce Camp David so long as I am outside Egypt. Also, we are a movement that aims to call people to Islam, so we need to preserve our presence in our country to spread that message in society and avoid any political activity that could lead to confrontation with the state. It is stronger than we are and could destroy us, and we do not want that right now.

Tilimsani eventually returned to Cairo, and spoke out against Camp David from a religious perspective. He ended up being one of the most prominent of the many leading critics of the accords – including political and intellectual figures from far left to far right – detained in the crackdown launched by then-present Anwar Sadat. I hope Morocco’s PJD takes note.

Two movements that represent political Islam chose a different course and continue to stand on solid ground and grow in strength: The Taliban in Afghanistan, who espouse Wahhabi beliefs, and Hamas in Palestine, which is an MB offshoot. What they have in common is that both raise the banner of ‘jihadi’ Islam, adamantly oppose US and Israeli schemes, try (as far as possible, for now at least) to rise above sectarian divisions, preserve a measure of independence, and engage with others who do not share their beliefs.

‘Moderate’ political Islam will need decades to recover. But ‘jihadi’ Islam – which went on the retreat after the US invaded Afghanistan and tried to co-opt its immediate rivals – could be quickly revitalised, starting with Afghanistan. All depends on how global and regional powers treat the Taliban’s re-born Islamic Emirate. The US’ freezing of billions of dollars of Afghan state funds, its use of ‘recognition’ as a means of exerting pressure, and its vilification of the Taliban in the media, could all backfire badly. It might push the Taliban into embracing ‘jihadism’ and groups that espouse it, including the updated versions of al-Qaida and Islamic State and new even more extreme groups.

The composition of the Taliban’s new interim government– including hard-line interior and defence ministers and five former Guantanamo detainees – makes clear that a reversion to ‘jihadi’ Islam is a serious option. In partnership with Iran and China, and to a lesser extent Russia, not to mention Pakistan, this would be a nightmare for the US and the ‘West’.

It is no coincidence that the demise of ‘moderate’ Islam is accompanying the decline of the US a global power, its succession of defeats in the Middle East, and the resurgence of its ‘authentic’ jihadi variant. This follows a pattern that has deep roots in Islamic history.

The whole world is facing a period of fundamental change. One great empire (America) stands on the brink of collapse and another (China) is on the ascendant. How the Arab and Islamic worlds adapt to this has become one of the crucial questions of our times.

0 thoughts on “The decline of the Muslim Brothers”