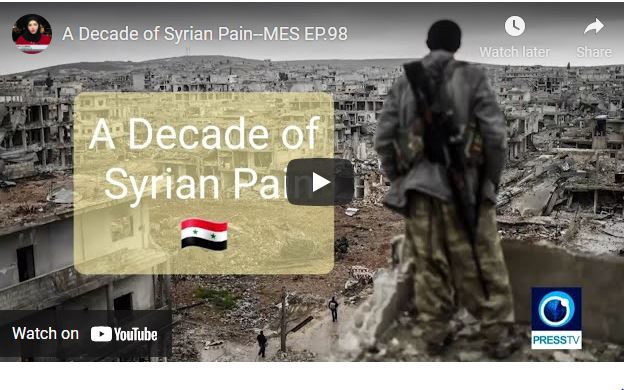 After a decade of unfathomable violence and human tragedy that has made Syria the west’s defining war of the early 21st century, the fighting has tapered off but the suffering hasn’t. In 2011, Obama led the west in its largest adventure yet in west Asia, thinking that Syria looked like just another domino about to fall in the whirlwind of uprisings sweeping the Middle East. Ten years later, President Bashar Assad is still there leading the heroic SAA which eliminated western-backed Daesh terrorism from more than 70% of the country as reconciliation and reconstruction define the upcoming decade for Syria.

To discuss this issue with us from New York is Syrian Diplomat at the United Nations Aliaa Ali.

President Biden’s foreign policy already seems stuck in the militarist quagmire of the past twenty years—a far cry from his campaign promise to reinvigorate diplomacy as the primary tool of U.S. foreign policy. In this respect, Biden’s approach on Syria shows he’s following in the footsteps of former Presidents Obama and Trump, who both promised fresh approaches to foreign policy but for the most part delivered more endless wars.

To discuss this issue with us from Paris is Jean Pierre Duthion political commentator.