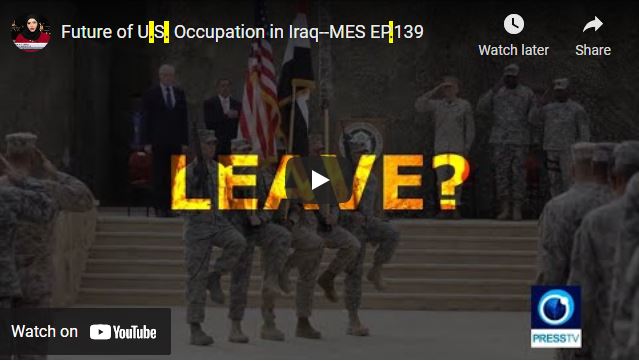 As the date for the withdrawal of U.S. combat forces from Iraq approaches by the end of 2021, Iraqis remain skeptical about whether the withdrawal is real or just on paper. In July, the United States and Iraq held a strategic dialogue session, during which the two countries agreed on withdrawing all U.S. combat troops from Iraq by Dec. 31. Tahseen al-Khafaji, spokesman of the Iraqi Joint Operations Command, had announced last month that most of the combat forces left Iraq, and only advisers and those working in the field of intelligence, investigation, and training remained reiterating that they will leave within 15 days.

However, Iraqis fear that there might be no real withdrawal of U.S. forces from Iraq, neither now after the 15 days have passed nor in the upcoming new year, rather as many observers believe, there will only be a change in the name of these forces.

To discuss this issue with us from Al Basra, Iraq Ali Al Madhoush expert in International Relations and political commentator

Prior to Iraqi PM Mustafa Al-Kazemi’s visit to the United States, the New York Times described the new agreement to “withdraw US forces from Iraq” as nothing but a “diplomatic play”, while “Sabreen News” channel affiliated with the Popular Mobilization forces criticized the agreement, saying that: “No American soldier will be withdrawn…their role will only be changed on paper!”.

Why is this agreement seen as a “theatrical show”? Well, a number of pro-US Iraqi leaders do not want to see United States completely withdrawing from Iraq.  These officials propagate that the US actually supports a stable and friendly Iraq, while asserting every chance they get that a long-term US presence although maintains American influence in Iraq however, it will help them mitigate Iranian, Russian, and other forms of what the US refers to as “malign influence”. Funny how other states that enjoy normal diplomatic non-military ties with Iran are viewed as “malign” by the US while its own forces of occupation is praised as “friendship”. On second thought, no it’s not funny, it’s sick.

To discuss this issue with us from Stockholm is Feras Ali, political commentator.

Despite efforts to silence him, Muqtada al-Sadr has emerged as the most important political figure in modern Iraqi history