Saudi Arabia’s pivot to the East 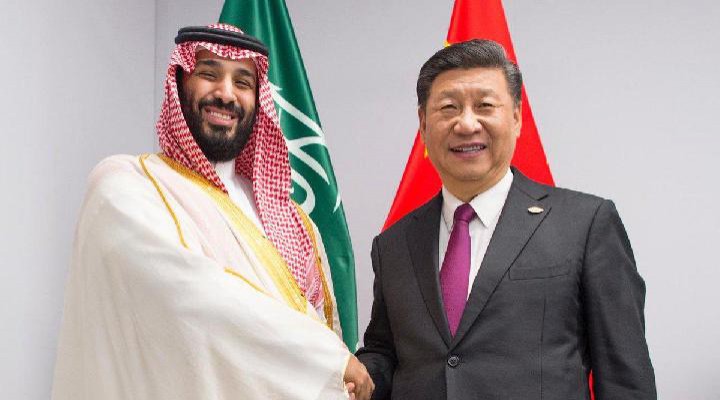 Riyadh is realigning — and President Xi should learn to sword-dance

Saudi Arabia’s minister of state for foreign affairs, Adel al-Jubeir, used his attendance at the COP 27 climate summit in Sharm al-Sheikh, where he was representing his country, to announce that Chinese President Xi Jinping will visit the kingdom inthe second half of December to discuss boosting trade and regional security, the two priority issues for both sides.

The timing of the announcement coincided with the arrival of US President Joe Biden at the gathering, at a time of strained Saudi-US relations due mostly to their differences over oil production. Jubeir, acting for crown prince and de facto ruler Muhammad Bin-Salman, may have been deliberately sending out the message that Saudi Arabia has made up its mind, and will continue to pivot eastwards — especially awards the emergent superpower China –in its strategic orientation.

The Saudi authorities are now busy preparing an unprecedented reception for the Chinese leader to match if not surpass the one laid on for Donald Trump in 2017. Reports suggest he will also attend a China-Gulf summit (his visit coincides with the annual meeting of the leaders of the six Gulf Cooperation Council states). Other Arab rulers, such as Egypt’s President Sisi and Jordan’s King Abdullah, may also be invited to attend.

Saudi Arabia also has excellent ties with Russia, most clearly demonstrated in the OPEC+ agreement to limit oil production rises which so angered the US and its European partners. By strengthening ties with China as well as Russia, and applying to join the BRICS group and the Shanghai Cooperation Organisation, Saudi Arabia is distancing itself decisively from the West and the US — despite all the official statements claiming otherwise and affirming the strength of Saudi-US relations.

We have yet to know what the US response to this move will be. Biden might see it at as provocative. There have been plenty of hints that the US could impose sanctions on the kingdom: from theNOPEC bill challenging the Saudi-led OPEC as cartel, to the JASTA bill threatening it with massive lawsuits over the 9/11 attacks, to other hints that its $800bn worth of investments in the US could be frozen.

What we do know is that Jubeir declared in a Reutersinterviewthat the kingdom is now giving priority to its own interests and people. That implies it is on the road to ridding itself of70 years of US domination, and moving to join the new world order led by China and Russia.

I would advise the Chinese president to take a quick course in performing the traditional Saudi ‘ardha sword-dance. That may be the most important component of the festivities laid on to welcome him — with the leaders of Saudi Arabia and the five other Gulf states dancing alongside.

Saudi Arabia’s pivot to the East

Is China looting Yemeni oil while supplying drones to the Saudi and UAE regimes to murder Yemenis?

0 thoughts on “Saudi Arabia’s pivot to the East”