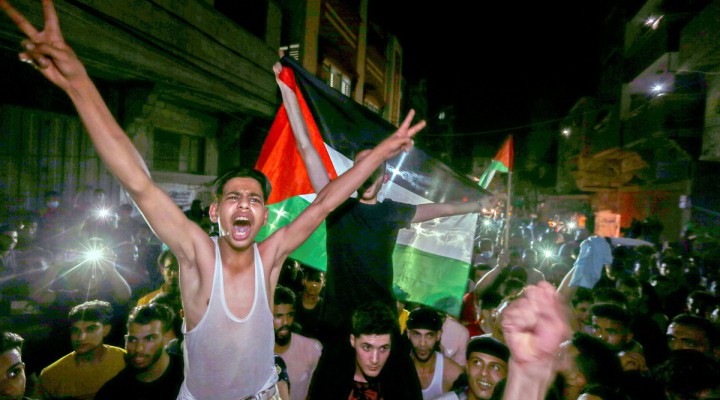 The greater struggle for freedom is just beginning

After Gaza’s ‘missile intifada’ succeeded in forcing Israel to beat a retreat and back down from the confrontation in defeat, the question is how the Palestinians can rise to the challenge of sustaining and building on this victory against the occupying power.

The greater struggle is only just beginning. Further and fiercer battles lie ahead with enemies of this victory who will attempt to steal it: the clients of Israel and the US who will set out to spread discord and divide the ranks of the resistance front. Certain Arabs including some Palestinians are sure to play a major role in this regard. War unites but peace or truces can divide.

It is not widely known that this victory was achieved in coordination with the regional axis of resistance. Hezbollah, Iran and allied groups did not intervene in the war because Gaza resistance leaders asked them not to. They wanted to achieve a purely Palestinian victory and deny Israel an opportunity to cast itself as a victim in the eyes of the world. That would have undermined the massive outpouring of international solidarity with the Palestinian cause that led to demonstrations being held throughout the world on a scale unseen since the 2003 Iraq war.
The fact is it was the resistance in Gaza that decided the timing and manner of this war, launching missile barrages at Israeli cities and settlements in large numbers to confuse and bypass the Iron Dome systems.

But Gaza’s declaration of war against Israeli oppression also served – though some may disagree — as retaliation for the Mossad attacks on Iran’s nuclear infrastructure and hundreds of Israeli airstrikes against Syria.

This explains Syrian President Bashar al-Assad’s embrace of Hamas, which sets the stage for the organisation to return to Damascus and the two sides to turn a new leaf, rising above wounds and disputes, and resume direct cooperation.

Iran for its part named a newly-developed drone after Gaza, both as a tribute to its victory and to reciprocate Hamas leader Ismail Haniyeh’s public expression of gratitude to the Islamic Republic for its support.

Preparations for the next wave of resistance began as soon as the ceasefire was announced. An initial task will be to resupply the 4,000 missiles that sent millions of Israelis scurrying into their shelters and cut Israel off from the world by closing down its airports. Sources say replenishing and upgrading the resistance’s missiles could take two years or longer because of the blockade, though there are still perhaps five times that number held in stock.

With the military resurgence of the embattled and impoverished Gaza Strip, and Israel facing worsening times and becoming a burden on its allies, the countdown has begun to the demise of the racist Zionist dream.

0 thoughts on “Palestine: rising to the challenge”