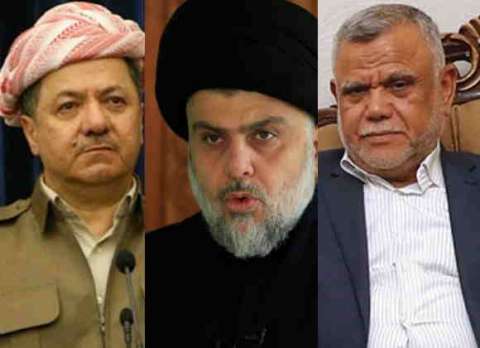 The results of Sunday’s Iraqi parliamentary elections were full of shocks and surprises – delighting the blocs that increased their representation in the legislature and stunning and enraging those lost seat, in some cases by a factor of nine tenths.

The big surprise was not that the Sadrist current emerged with the largest number of seats (73, though that could go up to 80 when the final tally is officially announced). It was the trouncing of the Fateh current led by Popular Mobilization Forces (PMF) chief Hadi al-Ameri, whose 47 seats gained at the 2018 elections were cut to just 16.

The most drastic setbacks were suffered by hereditary clerical leader Ammar al-Hakim’s Hikma (Wisdom) bloc and the Nasr (Victory) bloc headed by former premier Haidar al-Abbadi, both of which were left with only two MPs each.

Major gains were meanwhile made by outgoing (Sunni) parliament speaker Muhammad al-Halbousi’s Taqaddum (Progress) list, with 43 mandates, and Kurdish chieftain Masoud Barzani’s Kurdistan Democratic Party (KDP), with 32. This positions the pair to be key power brokers in any negotiations on forming a new government, especially if they were to be joined by the 15 new members affiliated to the Imtidad protest movement.

The turnout was lower than at any of Iraq’s four previous elections, with only 9 out of 25 million eligible voters casting ballots. This reflects widespread public disillusionment with and mistrust of the political process and the groups involved in it, amid worsening living conditions (35% of Iraqis live below the poverty line), deteriorating public services from health to education to electricity, and rampant corruption in state institutions.

Sadrist leader Muqtada Sadr is set to become kingmaker with the biggest say in choosing the next prime minister, provided things proceed normally as after previous elections. But there are serious doubts about this.

The refusal of the main pro-Iranian Shia groups to accept the results, and their charges of fraud and rigging, could herald fierce political and possibly military clashes and sharp ideological and sectarian divisions in the weeks and months ahead. These groups are well armed and possess heavy military equipment, amounting to parallel armies.

A stunned Hadi al-Ameri declared: “We will never accept these fabricated results and will defend our voters and candidates with all our might.” His ally Abu-Ali al- Askari, spokesman for the Hezbollah Brigades, one of the most prominent and influential components of the PMF, issued a statement describing the elections “as the biggest act of fraud and bypassing the Iraqi people in modern history.”

We do not know if these statements amount to threats, are merely a reflection of frustration at the results, or the opening moves in a plan that is being prepared to get the results cancelled by force of arms and refuse to recognise the new parliament.

Muqtada as-Sadr, for his part, has threatened to disarm all factions and confine all weaponry into the hands of the Iraqi state army. This includes the PMF groups and the Kurdish Peshmerga. Could Sadr go on to make good on his threat, though any bid to disarm these groups would lead to bloody clashes? Or is the threat merely a bargaining chip to be used in power-sharing negotiations with the other blocs? Moreover, disbanding the PMF, which was formed under a fatwa from Shia spiritual leader Ayatollah Ali Sistani to confront the threat of Islamic State (IS), would require another fatwa from him, at a time when that threat remains present.

The outlook for post-election Iraq is murky and difficult for any analyst to predict. But it is not hard to imagine the current status quo persisting with minor changes, as any armed confrontation would lead to anarchy, possible civil war, and foreign interventions. All Iraq’s political forces are cognisant of this.

Mention must be made in this brief overview of the major achievement made at the elections by Iraqi women, who won 97 seats through their own efforts and tireless campaigning, not via the set women’s quota, but by taking on and defeating major established political lists in the constituencies.

Considering all the above, the ‘compromise’ solution could well be for Prime Minister Mustafa al-Kadhemi to remain in office with the ‘blessing’ of the Sadrists.

But Iraq is known for springing surprises and breaching established norms. All possibilities are plausible.