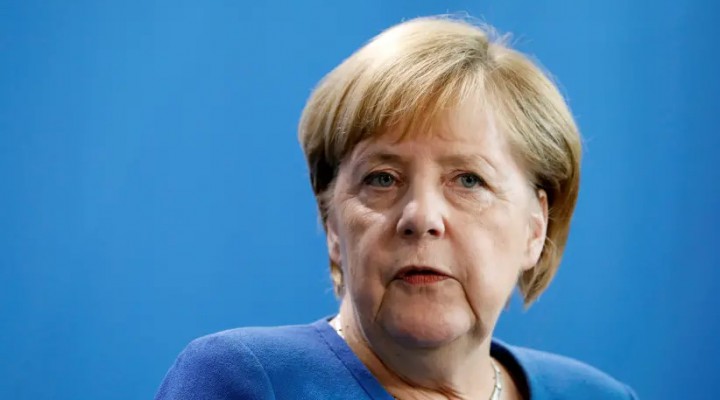 The first 100 days of the Ukraine war are proving that Angela Merkel’s theory about using diplomacy and trade to avoid conflict with Russia was completely correct. She was right to refuse to apologise for that policy in her first public pronouncements on the matter since leaving office.

Merkel’s critics accuse her of increasing Europe’s dependence on Russian energy by getting the Nord Stream 2 gas pipeline built despite US opposition. But they overlook two main issues. First, they view that dependency in retrospect following the Russian invasion of Ukraine, ignoring the real reasons for it and the massive trade and economic benefits they garnered from it for decades. Second, they forget that previous US administrations maintained manageable relations with Russia. It was only in the past two years under the Biden administration that they became more overtly confrontational than at any time since Mikhail Gorbachev and George Bush’s 1991 agreement to end the Cold War.

If President Vladimir Putin is now considered a threat to European security, that is due to the Biden administration’s use of Ukraine as bait to lure him into a protracted war of attrition aimed at bleeding Russia and exhausting it with draconian economic sanctions until its ultimate surrender. But the opposite happened. The political, economic, and military facts on the ground do not lie.

Merkel always believed that Russia is Europe’s neighbour and must not be ignored, and if the two sides could not agree politically they could at least establish commercial relations. This was the height of wisdom from a woman who led her country for 16 years and turned it into the economic powerhouse of Europe.

Merkel’s successor Olaf Scholz turned himself into a stooge of the US, abandoning his country’s policy of not getting involved in wars, reverting to rearmament, and sending large quantities of weapons to Ukraine including tanks and missiles. The US brought war to the heart of Europe without committing any of its own troops but by riding on the backs of others to fight and fund it in whole or in part — as in Iraq, Afghanistan, Syria, and Libya. Merkel was aware of and wary of this tendency, hence her advocacy in her later years in the office of the idea of European security and military self-reliance. She found support from France and the two countries were in the process of developing an alternative security structure not dependent on the US and NATO.

It was not out of passionate concern for Syrian refugees that Merkel opened Germany’s doors to them. It was out of consideration for the interests of her own country which has an ageing population and needed an influx of young and skilled workers to boost its economic productivity. The latest published figures demonstrate that she was far-sighted. The vast majority of Syrian refugees in Germany have integrated into the economy and constitute an exceptionally productive workforce that pays taxes and no longer relies on state handouts.

Europe has looked for alternatives to Russian oil and gas but has not found them. More seriously, energy prices have doubled due to the war, and European citizens are paying the price in the form of galloping inflation and higher living costs, while the Russian treasury earns billions of extra dollars monthly due to higher fuel prices — and also grain prices as a global food shortage looms.

When Western analysts concur that Russia has done well out of the war economically, who is it who should apologize: Merkel, who saw things as they were and read the signs correctly, or the fools attacking and criticising her who entangled Europe in an unwinnable war that could continue for years in deference to a myopic, if not wholly unsighted, US president?

Isn’t it ironic that the US’ Arab allies, whose thrones enjoyed its protection for the best part of a century, are now rebelling against it and knocking on Moscow’s, door, while European leaders who claim to be sovereign are wading into its wars with their eyes wide open — driving their economies into ruin and subjecting their populations to the risk of nuclear war — and demanding that Merkel apologise?

Merkel, who was an iron lady when she led her country to stability, proved her mettle by refusing to apologise. Time will show she was right on both counts.

West’s Media U-Turn in Ukraine as Reality Sets In

Russia, Ukraine, On The Ground Coverage