HOME / WORLD / What Are the Prospects for Peace? 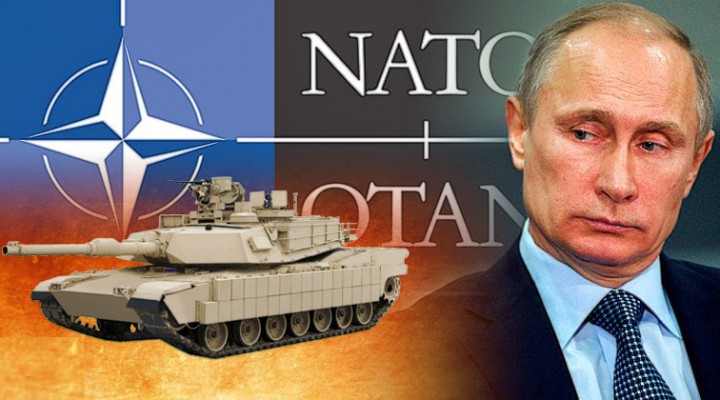 The American war machine consists of the economic and power interests of the US military/security complex and the hegemonic ideology of the neoconservatives.  The former requires an enemy in order to justify the unaccountable power of the security agencies and the $1,000 billion annual budget of the complex.  The latter believes in an exceptional and indispensable United States entitled to hegemonic power over the world.  As armaments industry political campaign donations exercise control over elected officials and as the neoconservatives with their Wolfowitz doctrine are the main shapers of US foreign policy, there are no interest groups or political leaders capable of challenging their dominance.  This means that the chances for peace are zero.

We are being led into nuclear war.  Having provoked a Russian military intervention in Ukraine, the US and its NATO puppets have become combatants in the conflict by their provision of Ukraine with weapons, training, and diplomatic support.  The US and UK are now equipping Ukraine with missiles that can be used for attacks on Russia’s Black Sea naval base in Crimea. Once such an attack occurs, the US and NATO will be at war with Russia, a situation China could take advantage of by occupying Taiwan.

Peace requires an event or events that shake the neoconservatives confidence in their ideology of hegemony and the willingness of elected officials to continue to accommodate the interests of the military security complex, or it requires Russian and Chinese acceptance of US hegemony, an unlikely prospect.

Had the Kremlin responded to the Ukrainian provocation with a blitzkrieg conquest of all of Ukraine, a stunned Europe and Washington would have opened to voices other than the neoconservative ones, and elected officials would have been more mindful of the threat posed by an unbridled military/security complex.  But the limited, drawn out Russian intervention reinforced the West’s view that there was not much fight in the Kremlin.  The Kremlin’s toleration for many years of continuous provocations and its toleration of Western-financed subversion inside Russia has conditioned the West to disregard Russian declaration of red lines.  For example, at the initiation of the Russian limited intervention in Ukraine, the Kremlin said that all who intervened in behalf of Ukraine would be treated as combatants.  But no Western government paid any heed.  Even militarily impotent Denmark sends weapon systems to Ukraine.

It was a strategic blunder for the Kremlin to suppose its operation could be limited.  The US and most of Europe are now involved.  The limited and time-consuming Russian intervention provided time for the West to fashion a narrative of Russian defeat and to organize weapons shipments.  Once the Russians complete the task of driving the Ukrainians out of the Donbass region, the Russians are likely to confront a new Ukrainian army raised in Western Ukraine.  In other words, the Kremlin’s goal of demilitarizing Ukraine is unlikely to result from partial conquest.

It seems clear that the situation is set for a wider war.  As Dmitry Medvedev, deputy chairman of the Security Council of Russia, said: “The Horsemen of the Apocalypse are galloping ahead.”

Paul Craig Roberts: What Now Are the Prospects for Peace?

A World at War?

0 thoughts on “What Are the Prospects for Peace?”