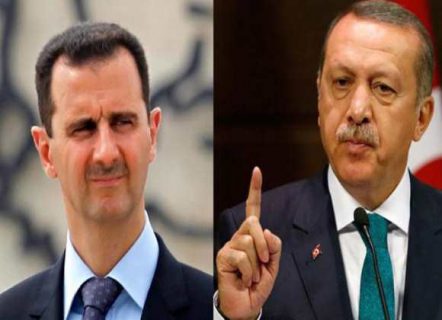 The Turkish president has launched his threatened war, but he is in a weaker position domestically and regionally than his Syrian counterpart

The situation in Idlib is going from bad to worse, and from serious to critical. The deadline set by Turkish President Recep Tayyip Erodgan for Syrian troops to withdraw to behind the Turkish military observation posts set up in the province expired on Sunday. But the Syrian army ignored the ultimatum, and did not pull back an inch from the 600 square kilometres it recaptured in its recent offensive, including four important towns and and dozens of villages and hamlets. It saw no reason to do so. How and by what right can a Turkish president demand the withdrawal of the Syrian army from Syrian territory?

Meanwhile, the Turkish military has shot down two Syrian Su-24 fighters in retaliation for the downing of three of its drones by Syrian air defences, and killed dozens of Syrian soldiers, while Hezbollah fighters have been deployed on the Idlib front – a reminder of their decisive role in giving the Syrian army the upper hand in al-Qusair and expelling hard-line Islamist groups led by the terrorist-designated Nusra Front from the area.

On Sunday, Erdogan announced the launch of ‘Operation Spring Shield’, having mobilised more than 15,00 troops and 3,500 armoured vehicles and supplied the Nusra Front and his other Syrian opposition allies with shoulder-fired anti-aircraft missiles – posing a threat not only to Syrian planes but Russia’s too. This crosses a red line as far as Moscow is concerned.

Erdogan does not want to enter into a military confrontation with the Russians in Syria. He knows he would not be allowed to win even if the Russians have to use tactical nuclear weapons, as one Russian expert warned on Sunday. Russia may be too far away to deploy large numbers of troops and armour, but it can certainly bring formidable air and seaborne power into play.

Erdogan has said he told Vladimir Putin to stand aside and let Turkish forces advance, i.e. to stop siding with the Syrians in this confrontation and adopt a neutral stance. But he never revealed what the Russian president’s response was. We can be sure it was a categorical ‘no’. If Putin were to consent, that would mean squandering five years of toil and combat — and the lost lives of Russian officers and men — which succeeded in turning the situation on the ground to his advantage. Indeed, it would destroy Russia’s standing in the entire Middle East, and the attendant political and strategic gains, which Putin managed to recover with much difficulty and at great cost via the Syrian gateway.

Moreover, it has become hard to distinguish between the Turkish military and the various Syrian or other armed opposition groups — whether deemed ‘moderate’ or ‘terrorist’ – in Idlib. All now stand in the same trench against the Syrians and Russians. Indeed, the killing of 34 Turkish troops in an airstrike on one of their observations posts may have been an early warning to Erdogan in protest at his blatant violation of the Sochi and Astana understandings and his declaration of war on Idlib.

It is striking that Erdogan did not blame the Russians for the soldiers’ deaths but only the Syrians, even though the former admitted they were behind the airstrike. He evidently does not want to provoke them too much and seeks to reach a new understanding in order to extricate himself from this self-sprung trap. But if he does so, it will not be on his terms but Russia’s, as it retains the upper hand in Syria both politically and militarily.

By invading Syria via Idlib and launching his all-out ‘Operation Spring Shield’, Erdogan is trying to emulate the US invasion of Iraq, and has reverted to threatening to topple President Bashar al-Asad and his regime. But the analogy is flawed. The Syrian army is relatively far stronger than the Iraqi army was, having held fast for nine years and regained 80% of the country’s territory, and it enjoys the backing of a superpower. Not that the occupation of Iraq was exactly a success: it cost the US army 3,500 dead, 30,00 injured and trillions of dollars in expenditure, and even then it could only sustain it for a few years.
Russia’s despatch of two frigates armed with cruise missiles was a second message to Erdogan. NATO’s refusal to heed his appeals for support was a third. A fourth was the failure of his bid to play the refugee card, after the EU took measures to seal its borders to prevent the mass influx he threatened. More such messages will doubtless be delivered if this war continues.

The deployment of Hezbollah fighters to Saraqeb – perhaps to be followed by forces from Iraq’s Hashd ash-Shaabi and Iranian ‘experts’ – will turn this from a limited war to a regional one. Hezbollah has never fought a war it has not won, whether against Turkish- and US-backed armed groups in Syria or Israeli forces, and Idlib is unlikely to prove an exception.

Iranian President Hasan Rouhani suggested a constructive way out of the Idlib crisis by proposing a three-way Turkish-Iranian-Syrian summit in Tehran or Moscow to discuss all contentious issues and arrive at permanent solutions that bring an end to military confrontation. Erdogan has yet to reply, perhaps pending his meeting with Putin later this week.

Erdogan is mistaken if he thinks he can achieve in Idlib what he failed to over the course of the past nine years, even when armed opposition forces were at the gates of Damascus, had the declared support of 65 states, and were being provided with billions of dollars from the US and the Gulf plus weaponry from Europe.

Putin will not abandon his strategic gains in Syria, and the Syrian state will not be brought down. It is no exaggeration to say that Asad is currently in a stronger position domestically and regionally than his Turkish counterpart, who is surrounded by enemies on every side and faces an explosive situation at home, which could become even more explosive if Turkish soldiers continue coming home in body bags from Syria and Libya. The crucial difference is that the former is defending his country and its integrity, while the latter is invading another’s territory.