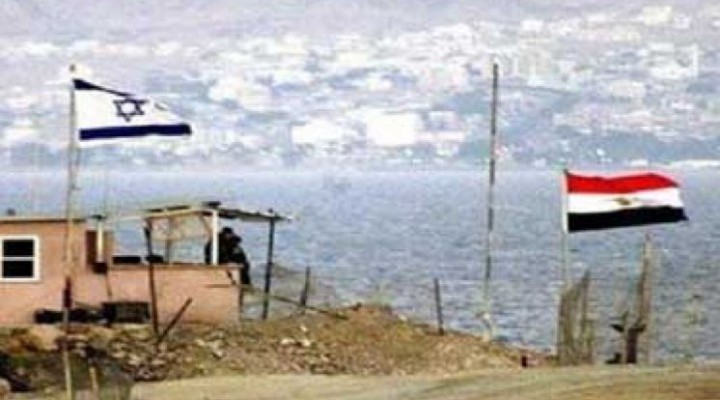 The “cold peace” between the two sides is turning icy

There has been a flurry of reports recently about an emerging crisis in Egyptian-Israeli relations. Tensions have started coming to the surface, while according to reliable sources Egypt has been engaged in secret talks with Iran about restoring relations between the two countries to normal.

There have been several signs of this deterioration, even though Egypt has kept officially quiet about the matter.

–Israeli media have been launching fierce attacks on the Egyptian authorities. The most recent campaign was last week, when several outlets including Israel Hayom newspaper and the official TV station Channel 7, accused Cairo of hindering visits by Egyptian citizens and businesspeople to Israel (other than Coptic pilgrims to Jerusalem churches) and persecuting anyone who ‘normalizes’ with or visits the occupation state or visits it.

— On Wednesday Egypt expelled 11 Israeli pilots for breaching its airspace in four small planes, and the authorities refused to provide fuel for their planes to return. There were conflicting reports about the precise circumstances, but the incident remains unprecedented.

— There was a limited Israeli press presence at the Sharm el-Sheikh UN Climate Summit. The Israeli president attended, but Israeli TV stations were not permitted to freely interview Egyptian citizens except in rare cases, unlike at the World Cup in Qatar. (The Israeli media presence there was counterproductive as most if not all the Arabs their correspondents tried to interview — including citizens of countries that have normalized relations — refused to speak to them).

— Channel 7 dedicated a program to discuss the harassment of Israeli tourists travelling to Sharm el-Sheikh or other resorts. Some said their cameras or dashcams were confiscated by security officials, causing damage to their vehicles, to prevent them from using those cameras for espionage.

— Egyptian newspapers and websites have accused the Israeli authorities of orchestrating attacks on the Egyptian army that led to the death of 10 soldiers and ten troops in Bir al-Abed as a means of putting pressure on the Egyptian leadership.

— President Abdelfattah al-Sisi’s attendance at the Algiers Arab summit which issued resolutions condemning the Israeli occupation, supporting Palestinian reconciliation and resistance, and warning of the dangers of normalization. Algeria is seen as a member of the resistance axis. It devotes great efforts to preventing Israeli infiltration into Africa, including blocking its bid to gain observer status at the African Union (AU).

Some may rightly argue that Egyptian-Israeli relations remain strong and there is coordination between their armies in Sinai. This may seem outwardly true, but behind the scenes the picture is different. Israeli strategists still consider the Egyptian army a major potential threat and are intent on weakening the country and its military following the destruction of the Iraqi army. Egyptian military doctrine also still maintains that Israel poses the greatest threat to Egyptian and Arab national security.

The Egyptian military is angrier with Israel than at any time in the 40 years since the Camp David accords were signed, according to inside sources.It was infuriated when it came to light that nearly 80 Egyptian PoWs were burned to death by their Israeli captors in the Latrun area during the 1967 war. Sisi is also upset at Israel’s failure to fulfil its commitment to enable reconstruction in the Gaza Strip and release the Islamic Jihad prisoners whose arrests triggered last May’s three-day war.

Israel’s ‘cold peace’ with Egypt has not just become chillier but positively icy in recent years compared to its ties with some of the newly-normalizing Arab states. Four decades after Camp David, its annual trade with Egypt still amounts to a few hundred million dollars, while with the UAE (with a fraction of Egypt’s population) it is worth $1.5 billion and is expected to triple in the next two years.

I cite this as evidence of deterioration in Egyptian-Israeli relations, not to argue they must be completely severed at a stroke. I am well aware of Egypt’s dire economic circumstances, especially with the Gulf states have cut off most of their support. But I maintain that the quickest and best way to overcome these crises is for Cairo to reclaim its leadership position in the Arab world, stand up to the Israeli occupation, and support legitimate Palestinian resistance.

If it chose that course, the Egyptian leadership would find the entire Egyptian people, and the peoples of the Arab and Muslim worlds, united in its support.

Israel accused of torture, murder and concealment of Egyptian POW bodies in 1967