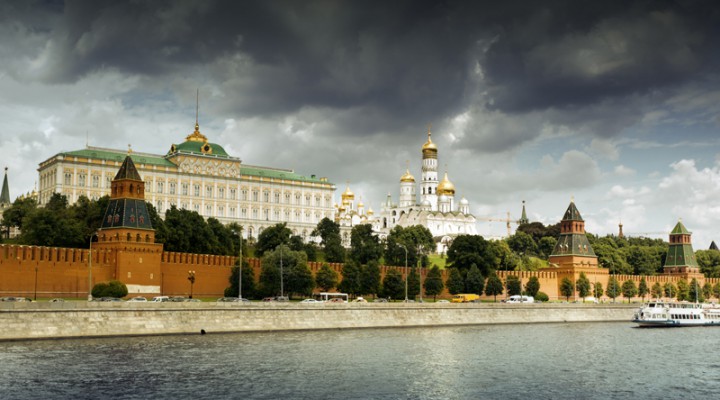 Russia’s decision not to go along with the Opec-plus recommendations favored by Saudi Arabia for further cuts in oil production has triggered a price war that has sent the global oil market into a death spiral. While some analysts have singled out US shale oil production as the ultimate target of Russian action, the reality is more complex. The breach with Opec also reflects the failure of Russia’s four-year experiment to broaden relations with Saudi Arabia as well as the once-in-a-century opportunity provided by the advent of the coronavirus pandemic, which has put added downward pressure on global oil markets, thus maximizing Russia’s ability to prevail in a long-term oil price war with either the US or Saudi Arabia. In short, the confluence of Russian reaction to US energy policy, souring Russian-Saudi relations, and the impact on global energy markets of the coronavirus have created a perfect storm of geopolitical and energy security conditions conducive to Russia’s bold intervention.

Back in 2014, Saudi Arabia opted to challenge the growing dominance of US shale oil by refusing to cut production, allowing oil prices to fall and attempting to force overleveraged US shale producers out of business. This gambit failed. By 2015, Saudi Arabia was burning through its cash reserves at a prodigious rate, forcing a 71% reduction in capital expenditures by 2016 to forestall economic disaster. US shale producers, backed by Wall Street loans, were able to ride out the Saudi storm. Eventually, Saudi Arabia was forced to lead an effort to curtail production, with help from other Opec members and non-Opec producers such as Russia, in order to stabilize oil prices and salvage the economies of oil-producing countries ravaged by the sustained loss of oil revenue.

For its part, US shale oil rebounded quickly from the Saudi price war. By 2018, thanks to surging output from domestic shale oil producers, the US surpassed Russia as the world’s largest producer of oil. The US was again able to take market share away from both Russia and Saudi Arabia. President Donald Trump, in comments made that same year, noted that the spectacular growth in shale oil had made “America the greatest energy superpower in the history of the world.” Today the US is a net exporter of petroleum liquids at a rate of approximately 3 million barrels per day.

But the recent continued success of US shale oil has come at considerable cost. Most US shale oil producers are now heavily in debt, and they could barely cover the cost of servicing that debt before the recent oil price crash. Wall Street has completely lost its previous enthusiasm for the sector and new investment has slowed. As a result, shale oil production growth has faltered, and US crude oil prices over $50 per barrel were seen as essential to maintain even that momentum.

One country that was monitoring the 2014 US-Saudi oil price war very closely was Russia. While almost every major oil producer in the world was compelled to adjust to the sustained decline in oil prices by ratcheting back upstream oil production investments and reducing overall investment in oil production, Russia countered by increasing its investment by some 15% per year. There were two main reasons for this. First, Russian oil enjoys relatively low production costs –often generating economic value at oil prices below $20/bbl. Second, Russia’s oil tax regime and the free-floating ruble are both linked to the price of oil, which creates an automatically adjusting income generation system that effectively cushions wellhead operating margins. Thus, while the 2014 oil price cost Saudi, US and other oil producers hundreds of billions of dollars in lost revenue, Russia was still able to increase production and retain an element of profitability.

Relying on its strong oil position, Russia then broke with past practice and agreed to join Saudi Arabia and other Opec and non-Opec producers in September 2016 in agreeing to joint cuts in production in order to support global oil prices. In one fell swoop, Russian President Vladimir Putin reversed course and made Opec-plus a reality. Russia hoped to leverage its oil partnership with Saudi Arabia into a broad improvement of relations that would combine Russian arms sales in the Middle East with Saudi investment in the Russian oil sector. This new geopolitical relationship would allow Russia to insert itself into the affairs of the Gulf states of the Middle East, which had been the sole purview of the US.

The Russian-Saudi relationship, however, proved a disappointment. While Russia kept up its end of the bargain regarding oil production rates, the anticipated Saudi capital investment in Russia failed to materialize. The Russian-Saudi oil partnership never fully transitioned into a larger regional role for Russia with Saudi Arabia. In Syria and Iran, Russia and Saudi Arabia remained at loggerheads, prompting Russia to re-examine the diplomatic and economic value of its relationship with the Saudis.

Compounding Russia’s frustrations were US economic sanctions. Since early 2014, following the Russian invasion and annexation of Crimea, the US initiated a policy of targeted economic sanctions on Russia to compel it to leave Crimea and alter its policy toward Ukraine. These sanctions have failed to move the needle when it comes to changing Russian behavior. But they have created a wealth of resentment on the part of Russia for what it sees as US interference in its affairs.

Russia had hoped that the Trump administration would reverse course on Russian sanctions, fulfilling Trump’s promise to improve relations between the two countries. By June 2019, however, Putin was compelled to admit that such hope had proven to be false. “Unfortunately, we cannot say anything of the kind about our relations with the US — they are in fact deteriorating, getting worse by the hour,” Putin remarked to the press at the time. “In recent years, the current US administration has already taken several dozen decisions on sanctions with regard to Russia.”

Russia accused the US of using economic sanctions against Iran and Venezuela to restrict the ability of those nations to export oil and thus benefit US shale oil producers. Then, when the US sanctions targeted the Nord Stream 2 gas pipeline from Russia to Germany in December 2019 and when Rosneft, Russia’s largest oil company, was targeted last month –Russia saw these sanctions as the last straw. It was one thing to suppress Iranian and Venezuelan oil exports, but to use US sanctions to target Russia’s viability as an energy exporter was intolerable.

Russia’s decision to pull out of the oil production agreement with Saudi Arabia was not taken on the spur of the moment. Rather it is part and parcel of a well-thought-out plan that seeks to advance Russia’s geopolitical position in the Middle East and vis-à-vis the US. Saudi Arabia had been pressuring Russia to commit to continued reductions in oil production for some time. In October last year, Russia agreed to keep production levels at their current level while considering the Saudi proposal. The imposition of US sanctions against Russian energy companies, however, appeared to have forced Russia’s hand. When Saudi Arabia leaned on Russia to commit to the cuts at the recent Opec-plus meeting in Vienna, Russia said no, thereby triggering the current price war.

The Russian answer wasn’t a given, however. It was made only after consultations among the Russian government and energy sector officials, including Rosneft Chief Executive Igor Sechin. While Sechin opposed the Saudi demand and instead wanted to increase Russian oil production, the Russian decision was further influenced by the ongoing coronavirus crisis. The slowdown in global economic growth due to the virus and the expected drop in oil demand is expected by Russia to extend into the foreseeable future. For Russia, this impact of the virus represents a window of opportunity that maximizes its position in an oil price war. Russia maintains it can survive oil prices of $25-$30/bbl for a period of 6-10 years. Neither Saudi Arabia nor US shale oil producers can do that. By refusing to agree to the Saudi demand to cut oil production, Russia is deliberately seeking to strengthen its position in the global oil market at the expense of both US shale oil producers and Saudi Arabia.

While Russia has indicated that it is prepared to play the long game, it has kept open the possibility of talks with both Saudi Arabia and the US. Indeed, Russian Ambassador to the US Anatoly Antonov met quietly with US Treasury Secretary Steve Mnuchin the same day the bottom fell out of the oil market. The topics discussed included US sanctions, and the need for an orderly energy market. President Putin likewise recently expressed confidence that US sanctions against Nord Stream 2 would soon be lifted. Russian confidence is born from the fact that neither the US nor Saudi Arabia have the economic legs to survive any lengthy collapse of oil prices. For the Trump administration, the situation is made even more dire by the reality that Russia’s actions, combined with the ongoing coronavirus pandemic, have harmed the strong economy the president had hoped to ride to a second term.