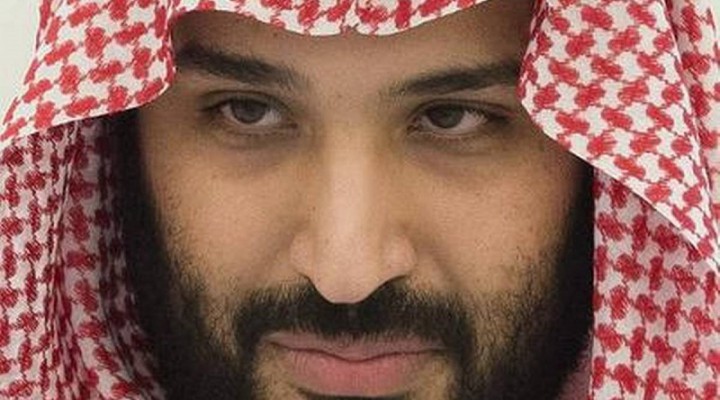 Russia’s rejection of its OPEC+ partners’ request to further reduce oil production in response to slumping demand prompted Saudi Arabia to unwisely initiate an oil price war over the weekend as revenge, one which the Gulf country is ill-equipped to wage and which could prospectively catalyze a global economic crisis.

President Putin’s job obliges him to put his country’s interests above all others, and it was with this in mind that he tasked his Energy Minister with rejecting the request of Russia’s OPEC+ partners last Friday to further reduce oil production in response to slumping demand. Russia is apparently calculating that its comparatively more resilient economy can better withstand the shock of lower oil prices than its competitors’, which could in turn compel them to eventually return to a reformed partnership on Moscow’s terms. Bloomberg published an insightful piece on the matter headlined “Putin Is Facing Down OPEC Because His Economy Can Take The Pain“, which argues that “Five years of austerity and safeguarding assets against the threat of U.S. sanctions have left Russia in a stronger position than ever before to cope with lower oil prices…International sanctions forced Russia to strip back foreign borrowing in recent years, while stringent fiscal policies pared domestic spending to a minimum. The result is that Russia now boasts the fourth-biggest international reserves in the world, and some of the lowest debt levels.”

These claims will be put to the test since the outlet also reported that “Saudis Plan Big Oil Output Hike, Beginning All-Out Price War“, signaling the beginning of what might prove to be a protracted competition for control over the global oil market, one that will also involve the US too seeing as how it’s now the world’s largest producer of this resource. The Kingdom’s de-facto declaration of an oil price war sent prices plunging by around 30% on Monday morning, setting off a worldwide panic that immediately hit Asian stocks and will likely prove devastating for Western ones later in the day, too. The timing couldn’t have been worse since the economic consequences of the coronavirus are already starting to show in the shape Wall Street’s recent losses and widespread speculation about a looming global recession as a result, made all the more worrisome by China’s continued struggle to recover from last month’s lockdown and the virus’ rapid spread across Europe in the meantime. Add to it the sudden uncertainty over the oil price and the larger impact that it could have on the the economic stability of the dozen or so countries whose budgets are mostly dependent on these exports, and all the factors are present for a global economic crisis.

While the collapse of OPEC+ runs the risk of inadvertently causing this scenario that so many now fear, Russia might have predicted that this eventuality was inevitable irrespective of Friday’s decision and therefore sought to proactively get ahead of the trend by making moves that its leadership believes will ultimately work out to their country’s best interests. Saudi Arabia doesn’t have the wherewithal to weather the oil price war that it started since its budget requires a price of around $83 a barrel in order to break even, thus meaning that it’s already been bleeding billions of dollars as it is. This thus far hasn’t had any noticeable political impact on the country, but it remains to be seen whether that can indefinitely remain the case, especially with speculation swirling that Crown Prince Mohammed Bin Salman (MBS) was once again the target of another failed coup attempt over the weekend. The young leader certainly has his fair share of enemies in the royal family after imprisoning many of them a few years ago as he consolidated his power, and there are those in the clerical community who despise his social reforms, so it’s conceivable that they might come together to make another push against him if the consequences of the oil price war further weaken his position at home.

Saudi Arabia is betting that it can steal Russia’s market share and thus reverse the power dynamics between the two to its favor, but this risky strategy could very easily backfire if it doesn’t quickly yield results. The Kingdom literally can’t afford to lose any more of its market share than it already has in recent years for the aforementioned economic and political reasons, and it’s entirely possible that Russia might end up taking a larger share than before by the time that all’s said and done. Should the collapse of OPEC+ catalyze the global economic crisis that was earlier discussed, then Saudi Arabia would be more affected than most since even rock-bottom oil prices might not be enough to generate the revenue that it desperately needs in order to survive. Without realizing it, the Kingdom is actually destabilizing itself through its short-sighted response to Russia’s rejection of OPEC+’s requested production cuts, doing more than even its worst enemies could ever hope to achieve when it comes to creating the most disadvantageous conditions possible for the country. If the oil price war isn’t over before it truly begins, then Saudi Arabia might forever rue the day that it thought it could take revenge on Russia.