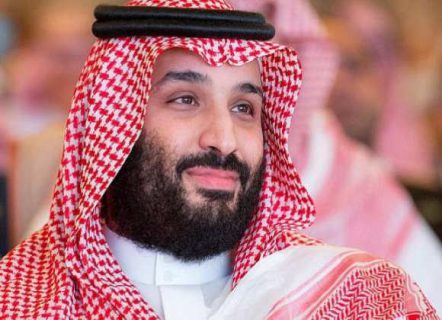 Saudi Crown Prince Muhammad Bin-Salman has launched two new wars within the space of a few days.
The first was domestic: his campaign of arrests targeting senior princes and their associates aimed at consolidating his hold on power and neutralizing all his enemies.

The second is global: slashing the price of Saudi oil and ordering a hike in production in a bid to punish Russia after it refused to agree with OPEC to a 1.5 million b/d output cut aimed at boosting prices, which have been hit by falling global demand due to the coronavirus epidemic.

The immediate outcome of this ‘retaliatory’ move was a 30% crash in oil prices on Monday to levels near $30 per barrel, which analysts expect to continue falling to $25 or below if this war continues. And they do not foresee a truce. Russia doesn’t want to decrease production because it favors lower oil prices. It is waging a parallel war against American shale oil, whose production has boomed in recent years, and believes cheaper crude oil can price it out of the market.

This is the second price war Saudi Arabia has waged against Russia. The last one was in 2014 when it hiked its output at the instigation of the US in order to damage the economies of Russia and Iran. Prices duly crashed from around $120 to $40 per barrel, but the ploy did not succeed. The two countries’ losses were bearable, their economies did not collapse as hoped and they emerged from the crisis strengthened. Saudi Arabia and its Gulf allies meanwhile lost hundreds of billions of dollars in revenue.

Saudi Arabia’s decision-maker is convinced the Russians will flinch first this time, as their per-barrel production costs are more than double Saudi Arabia’s. He seems unaware that their economy is far more diversified and less oil-dependent, whereas oil accounts for some 90% of Saudi Arabia’s national income.

Gulf stock markets took a major hit as result, falling by an average of 10% on Monday alone, forcing Kuwait to halt share trading and inflicting the biggest ever fall on the Qatari stock exchange in a single day.

Many analysts believe the Saudi move – which was taken without consulting other Gulf or OPEC states — was reckless and mistimed, and could well backfire as it did in 2014. One major casualty is likely the huge investment projects envisaged in Bin-Salman’s Vision 2030, such as the $500 billion new mega-city of Neom, ostensibly aimed at reducing the kingdom’s reliance on oil revenues. Ironically, the non-oil-producing Arab countries stand to benefit, as energy imports account for a large proportion of their public expenditure.

A recent IMF report warned that several Gulf states could face bankruptcy by 2034 due to the long-term global turn away from fossil fuels to renewable energy. The current turmoil in the market and the coronavirus crisis could combine to bring that date forward. Declining oil revenues in the absence of alternative revenue sources would force these states to resort to borrowing, taxation, indebtedness and IMF prescriptions. Their current rentier state model and lavish expenditure habits would become a thing of the past, and people would start demanding political rights and a say in how they are governed as the social contract between them and their rulers unravels.

A lot more is at stake than the current price of oil.

0 thoughts on “Riyadh launches another war”