HOME / Economy / Instead of Accusing China of Trade Deficit ‘Trump Should Be Blaming US Corporations’, Economist Says 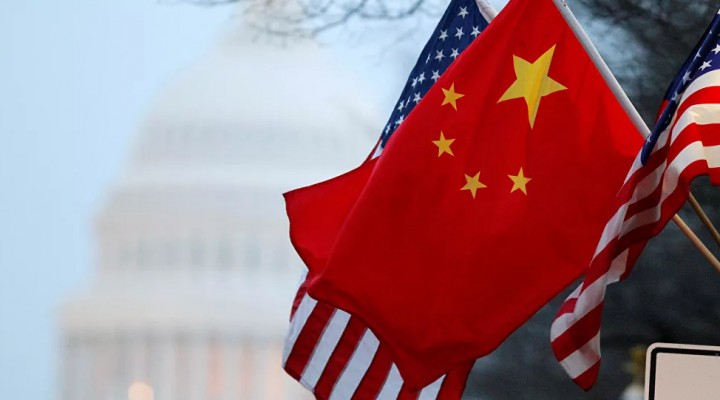 US President Donald Trump warned on 14 May that Washington could potentially suspend all ties with China as part of its response to Beijing’s handling of the coronavirus outbreak. Trump also claimed that cutting off relations with China would save the United States some $500 billion.

Dr Paul Craig Roberts, an American economist who served as the United States assistant secretary of the treasury for economic policy, has shared his views on the matter.

Sputnik: In a recent interview, Federal Reserve Chairman Jerome Powell stressed that the percentage of GDP shrinkage in the second quarter is “going to be very high”, even as much as 20 percent. How can the US sustain its economy during the crisis?

Dr Paul Craig Roberts: All economies that had closedowns are experiencing shrinkages, even Sweden, a country that did not impose a mandatory closedown to the same extent. The Swedish people on their own closed the economy in an effort to protect themselves from infection. America’s economic problem is deeper and more long term than COVID-19.

American corporations offshored many manufacturing and professional skill jobs. These are high value-added, high productivity jobs that produced middle class incomes. These jobs were the ladders of upward mobility. When the jobs were sent abroad, the middle class underwent shrinkage and so did consumer disposable income or purchasing power, which lowered economic growth.

The movement abroad of jobs also reduced the state, local, and federal tax base. There was shrinkage in funding for state and local social services and infrastructure. Debt grew. To sustain aggregate demand, the Federal Reserve used an increase in consumer debt as a substitute for the missing growth in consumer income. This policy could work only until consumers were too indebted — mortgage, car, credit card, student loans — to be able to take on any more debt. Debt service used up consumer incomes, leaving little discretionary spending to drive the economy and leading to the current situation of “debt deflation”.

Debt deflation is a situation of falling income and employment because debt service uses up the income left after meeting basic needs of food and housing. To correct this problem requires US corporations to bring the offshored jobs back home. That is, the solution requires the end of globalism.

Sputnik: The only economy that is now starting to recover is the Chinese economy. How great are the chances that China could overtake the US as the global economic leader? What would the reaction by the US administration be to this?

Dr Paul Craig Roberts: In terms of purchasing power parity, the Chinese economy is larger than the US economy. Unless China adopts the American practice of offshoring its manufacturing and professional skill jobs, China will continue to move further ahead of the US.

Sputnik: In the event we see further growth in the Chinese economy, shaking up American hegemony, how likely is it that we’ll see further pushback from the US towards China, such as going back to a trade war, imposing tariffs for example, or trying to pin the blame for the coronavirus on Beijing?

Dr Paul Craig Roberts: The so-called “trade war” and tariffs imposed on imports from China are a misconception of the problem. The White House mistakenly sees the US trade deficit with China as the result of unfair Chinese trading practices. What the White House does not understand is that the “Chinese imports” are the products of US corporations, such as Apple, Nike, and Levi, that are produced abroad for sale in the US. When the US corporations bring their products to the US, they count as imports. So the fact is that it is the global US corporations, not China, that are responsible for the trade deficit. Instead of blaming China and worsening US-China relations, President Trump should be blaming US corporations.

Sputnik: There’s been an ongoing argument that the Chinese political and economic model is the key to “success” in containing the flow and aftermath of COVID-19. To what extent would you agree with this? Has the Chinese model indeed proven its viability, despite being sharply criticised around the world?

Dr Paul Craig Roberts: Economists and politicians do not understand what the “Chinese Model” is. It is more than a mixed economy of government and private companies developing according to a strategic plan. The most important part of the Chinese Model is the manufacturing capability, technology, and business know-how given to the Chinese by the US corporations that moved their production to China. A large part of the US economy was simply ripped out of the US and sent to China. This is the reason that China progressed so much more rapidly than anyone thought possible.

Sputnik: In your opinion, which countries have been able to contain the outbreak, both saving the lives of their citizens and protecting their economies? How might the global rating of economies be reshuffled in light of this?

Dr Paul Craig Roberts: The COVID-19 infection and mortality statistics are not very good, which makes comparisons unreliable. Generally, testing is not widespread and the tests are not always accurate. Moreover, deaths are counted differently. What does seem to be clear is that Asian countries, such as China and South Korea, did a better job of responding to the virus and controlling its spread.

The US and Europe were slow to respond and were unprepared despite knowing what was happening in China. Possibly also, the Chinese and Korean populations are more homogeneous and more cooperative with government than the disparate, multicultural populations that massive immigration has created in North America and Western Europe. These countries are essentially Towers of Babel, which impedes cooperation.

0 thoughts on “Instead of Accusing China of Trade Deficit ‘Trump Should Be Blaming US Corporations’, Economist Says”