HOME / WORLD / Intel Drop: A Nation of Lies and a leader with dementia 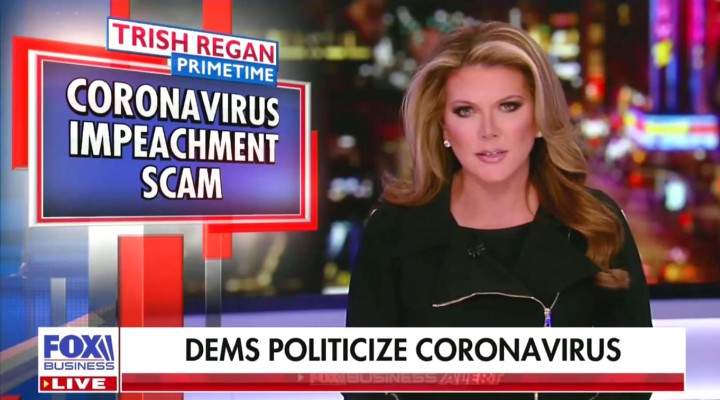 There is a reason Trump is harping about Joe Biden having deficits tied to age. An American president in the throes of dementia dismantled America’s pandemic response capability on advice of Sean Hannity and today, 10,000 tested positive deaths are at his feet with many many more untested, not part of the count.

The White House has ordered Google to delist this article and suppress read counts, which in one hour and 17 minutes total the following:

Problem here is that subscribers begin counts at 68 and our count shows 400 more.

COVID 19 was made in America with some help by the Chinese who supplied the natural virus which was modified.  It was weaponized by a very large US company that does nuclear/biological and chemical “protective gear” work and runs labs, bioweapons labs, many of them, in totalitarian nations where members of the press can be kidnapped and murdered.

That company has threatened VT for its reporting.  They don’t want us saying that the US, a cabal, made COVID 19, weaponized it, and then turned it on their real target, the American people.

Why?  Why during Trump’s presidency?  Those unable to see the insanity when Trump speaks aren’t paying attention.  He also seems to “sundown,” common in dementia patients.  He is sometimes lucid but screwed up, normal for him, at other times he is confused, incoherent, some think from drug abuse but more likely from the onset of dementia.

A year ago, Trump described how his father was “born in a wonderful place in Germany.”  That place was “New York City.”  Trump’s father died of Alzheimers.

Trump does this continually, and it is covered up.  There is no question Trump has dementia. Go to YouTube, you can spend hours there learning this.  It should make you very afraid.

On a personal note, I can think of two family members with dementia, with onset after a brain bleed.  Both were let’s say much less than nice?  Hateful, miserable?  After onset of dementia they became enjoyable people as though the ‘bad’ was burned out of them.

In some ways, Trump is becoming less cruel (what he is famous for) and less psychopathic (he has long been on that spectrum).  He is likely to become less maniacal and hateful as his disease progresses.  Consider this a mixed blessing.

Who profits from utter chaos?  Who hates this much?  Begin by looking at reporting, who is behind Fox News, really behind them.

When Michael Cohen said he threatened 500 people for Trump, who do you think was going to carry out these threats, some were “lawsuits,” most were death threats.

Why did William Barr put Jeffrey Epstein where he could be murdered, and this was the finding of the independent pathologist, a story now banned from the news.

I just read reports that in the ‘Midwest’ Trump is wildly popular.  The MSM, all of it, tells me that.  Here on the ground in the center of GOP stronghold West Michigan, he is reviled even among the Christian Reformed population that make up the heart of the Neocon fantasy.

The bitterness is overwhelming.

Why is the media doing this?  Let me tell you how I start a day:

I scan for email from stringers who scan the world media overnight.  Without them I would be helpless.  I then fend off the emergencies, Syria, Russia, Italy, Iran and France, where we get briefings.  Some days it is hours, some days I escape unscathed.

Then I head to the media and if you had worked in intelligence and politics for the endless decades I have, you would feel sick.  The New York Times is doing the best job, on COVID, nothing else, followed by the Guardian and Washington Post.  However, both are censoring with the Times burying their own story on how high real deaths counts are here.

Let me give you an example.  In Toledo, Ohio (I have a home outside Toledo), COVID rates are listed as very low, very very low for Ohio.  Governor Dewine has been one of the best.

Let’s talk about hydroxychloroquine.  First of all, this disease is being lied about continually.  In the international press and military circles there is 100% agreement that this is a bioweapon engineered to be impossible to treat. COVID was MADE to cause a severe immune reaction which drowns the lungs quickly, lowering blood oxygen in minutes (not days).  Bioweapon research has centered on creating a moderate influenza that produced pneumonia.  This is why the US turned to the semi-lethal .223/5.56 bullet,

Wound and use resources, don’t kill.

With COVID, it was made by the US to create fear, to allow nearly well infected to travel and infect others and to still take down large numbers who require extremely expensive treatment and exhaust resources.

I have read the studies, not all but many and there are very many, all CIA dark funded all sounding like there was a need to design new diseases in order to justify spending more millions to cure them.  All lies, all bullshit, so many scientists who are monsters, whores.

Hydroxychlorquine is not going to cure anything.  It can’t save the lungs from destruction, which is what COVID does.  The most powerful drugs that can stop the cascade effect of immune system overload, which is what is killing so many, these are powerful steroids, are an extreme risk with viral infections.  They can make a viral infection much much worse.

In the UK they are trying these, in the US, studies are mixed and there is NO basis for turning to these yet, the risk is thus far seen as too high.

Past that, Hydroxychloroquine is like putting a bandaid on a blown off leg.

Also, zinc, Z-pak and fake malaria meds won’t touch a common cold much less a bioweapon.  Those claiming it does are deluded but many are paid liars as well, very very many.

I say again, azithromycin is useless against influenza or common colds.  COVID doesn’t cause secondary infections, it doesn’t need to, it is a perfect weapon on its own.

You see, when oxygen stats go down, organs begin to fail and sepsis sets in, which isn’t fixable with meds designed to treat a mild strep throat.  You just simply die and nothing can be done about it.

The Chinese had it right, on an ecmo machine or ventilator immediately, they used antibiotics as well but as a prophylactic, and one then waits for the lungs to heal.

In the interim, we are flooded with fake pundits, some created a day ago, dozens, even hundreds, anyone with gambling debts and a medical degree or who took high school biology is now spreading dangerous hoax rumors or downplaying COVID, and we know who runs this kind of operation, don’t we?

Do note that the head of MEGA is Rupert Murdoch.  He owns Fox.

Why is Congress silent?  Why is the Pentagon worse than silent, covering up not just one carrier but dozens of ships that are now floating hospitals? Ships have one ventilator, not dozens.  What happens to those in our military who are sick?

The VA is now running away from COVID treatment with nurses at VA facilities going on strike because they are now forced to treat large numbers of COVID vets on ventilators but have no gloves, masks or, worse still, understaffing by 80%.

We are working with both the Washington Post and Wall Street Journal on this story. Trump has turned his back on everyone.  Why?

The underground talk is to remove Trump for dereliction of duty as Commander in Chief, simply for his betrayal of the military who are sick.  There is a huge hole in the constitution that allows the military to arrest the Commander in Chief and to subject him to a court martial.  This is being whispered EVERYWHERE.

Intel Drop: A Nation of Lies and a leader with dementia (censored at White House order)

0 thoughts on “Intel Drop: A Nation of Lies and a leader with dementia”