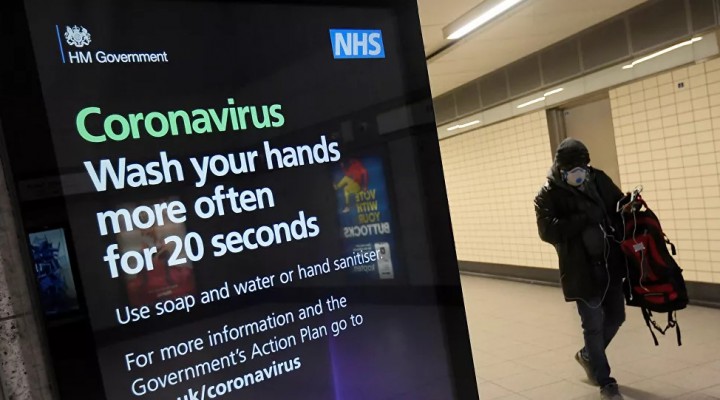 The world is in a sick place. We’re not just talking about the escalating coronavirus pandemic, serious though that is with global deaths doubling over the past week. What is also sick is the way gestures of solidarity are being cynically twisted.

Take the arrival of Russian medical aid to the US this week. That was promptly arranged after US President Donald Trump asked his Russian counterpart Vladimir Putin in a phone call for help in coping with the coronavirus crisis. Even before the Antonov-124 cargo plane touched down at JFK airport certain US media outlets were labelling the gesture of solidarity as a “propaganda gimmick” by the Kremlin.

It was surmised that the Russian response to the US request for aid was “to push efforts for relief from sanctions” imposed by Washington. The cynical inference is that supposed Russian conniving and deceit knows no bounds in the black art of manipulation.

How about just simply acknowledging the evident fact that Russia is sending vital medical help to the US at a time of need motivating by no other sentiment than basic humanitarian compassion? The fact that Russia has been slapped with numerous US sanctions over recent years since the Ukraine crisis as well as stemming from bizarre claims of Moscow meddling in the 2016 US presidential election – only goes to show Russia’s capacity for magnanimity. Simple as that folks.

The same pathetic distortion was earlier voiced regarding Russian and Chinese aid to Italy and other European countries stricken with the deadly virus.

This week a European Union so-called media watchdog warned that Russia and China were engaged in a disinformation campaign to “undermine public trust in national health-care systems”.

There are also reports of claims by US intelligence and other officials that China is to blame for spreading the disease because it deliberately under-reported the outbreak that initially occurred in December, thereby allegedly leaving Western nations ill-prepared to withstand the pandemic.

Those claims are patently false. China had alerted the world to the seriousness of the disease as early as January when it was itself getting to grips with the uncertain public health crisis. Western nations had three months to learn from China’s experience, as well as from neighboring South Korea, where authorities clamped down on the epidemic. But Western governments for various reasons, no doubt primarily due to budgetary costs, chose instead to ignore the threat.

Trump and Britain’s Prime Minister Boris Johnson in particular showed stupendous nonchalance bordering on callous indifference. Both of them dismissed the looming Covid-19 crisis as a “passing flu”. Only last week Trump was touting the US “getting back to business by Easter”.

What is abundantly evident is that the US, Britain and other Western states are not prepared to deal with the present crisis because of their rundown public health services. That structural problem is a matter of government neglect over many years to ensure that their citizens are adequately protected in a time of crisis. And that neglect stems from deliberate policy choices, such as showering the rich with tax breaks and squandering trillions on militarism, while relentlessly cutting funds for public services.

In short, the coronavirus crisis is a reflection of a deeper crisis in the capitalist system that prevails among Western states, as American professor Richard Wolff explains. Societal human needs are always sacrificed on the altar of elite private profit.

The fact that in the US and Britain there is a paltry number of test kits for checking the disease and a dearth of vital protective equipment for medical staff is a national disgrace due to inherent political and economic reasons. That is what needs to be focused on. That is where the public anger should be directed. Why have citizens been so abjectly betrayed by their governments whose first duty of care should be to protect them?

It is absurd and contemptible for certain media and pundits to try to distract from the central issue of bankrupt democracy by seeking to disparage Russia over humanitarian aid or scapegoat China for the systemic failures of Western governments.

One senses, however, that the ploys of Russophobia and Chinaphobia have become hopelessly threadbare in credibility. In Britain, for example, normally Conservative-supporting media are asking angry questions on their front pages about government dereliction. Are we to believe that such anger is the result of Russia and China “sowing disinformation to undermine public trust”?

No, it is simply a case of citizens realizing – slowly and painfully – that their governments and society organized on capitalist priorities is a shambles unworthy of the name “democracy”.

The sickness of smearing and blaming others instead of dealing honestly with inherent problems will only embolden the public even more to exact retribution from their culpable authorities. As millions of workers and their families reap poverty and illness, one senses too that the pitchforks are being taken down from the barn roofs.

Sickness in the West is going viral, but maybe some lasting benefit may come from this crisis in the end, if societies are overhauled for the greater good of citizens.