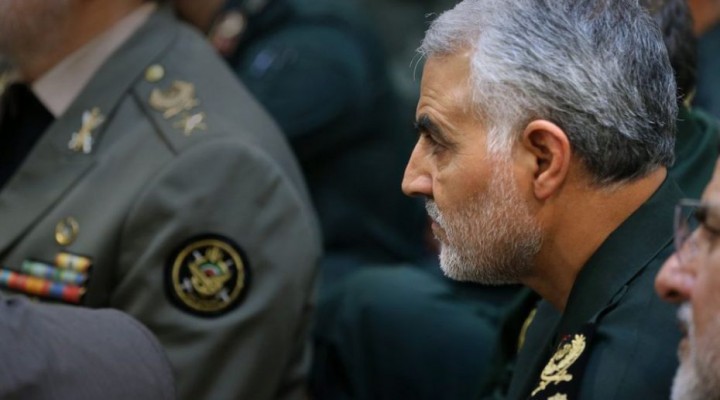 The murder of Iranian general Qasem Soleimani in Baghdad, in the early hours of January 3 by US forces, only highlights the extent to which US strategy in the Middle East has failed. It is likely to provoke reactions that do not benefit US interests in the region.

To understand the significance of this event, it is necessary to quickly reconstruct the developments in Iraq. The US has occupied Iraq for 17 years, following its invasion of the country in 2003. During this time, Baghdad and Tehran have re-established ties by sustaining an important dialogue on post-war reconstruction as well as by acknowledging the importance of the Shia population in Iraq.

Within two decades, Iraq and Iran have gone from declaring war with each other to cooperating on the so-called Shia Crescent, favoring cooperation and the commercial and military development of the quartet composed of Iran, Iraq, Syria and Lebanon. Such ties, following recent victories over international terrorism, have been further consolidated, leading to current and planned overland connections between this quartet.

Local movements and organizations have been calling for US troops to leave Iraqi territory with increasing vigor and force in recent months. Washington has accused Tehran of inciting associated protests.

At the same time, groups of dubious origin, that have sought to equate the Iranian presence with the American one, have been calling for the withdrawal of the Popular Mobilization Units (PMUs) that are linked to Iran from Iraq. The protests from such groups appear to be sponsored and funded by Saudi Arabia.

With mutual accusations flying around, the US hit a pro-Iranian faction known as Kataib Hezbollah on December 29. This episode sparked a series of reactions in Iraq that ended up enveloping the US embassy in Baghdad, which was besieged for days by demonstrators angry about ongoing airstrikes by US forces.

The US secretary of state, Mike Pompeo, blamed this volatile situation on Iran, warning that Tehran would be held responsible for any escalation of the situation involving the embassy.

In the early hours of January 3, 2020, another tangle was added to the Gordian Knot that is the Middle East. Qasem Soleimani was assassinated when his convoy was attacked by a drone near Baghdad International Airport. The most effective opponents of ISIS and Wahabi jihadism in general was thus eliminated by the US in a terrorist act carried out in foreign country in a civilian area (near Baghdad International Airport). The champagne would have no doubt been flowing immediately upon receiving this news in the US Congress, the Israeli Knesset, Riyadh royal palace and in Idlib among al Nusra and al Qaeda militants.

It remains to be seen what the reasons were behind Trump’s decision to okay the assasination of such an influential and important leader. Certainly the need to to demonstrate to his base (and his Israeli and Saudi financiers) plays into his anti-Iranian crusade. But there are other reasons that better explain Trump’s actions that are more related to the influence of the US in the region; the geopolitical chess game in the Middle East transcends any single leader or any drone attack.

In Syria, for example, the situation is extremely favorable to the government in Damascus, with it only being a matter of time before the country is again under the control of the central government. General Soleimani and Iran have played a central role in ridding the country of the scourge of terrorism, a scourge directed and financed by the US and her regional allies.

In Iraq, the political situation is less favorable to the US now than it was back in 2006. Whatever progress in relations between Baghdad and Tehran has also been due to General Soleimani, who, together with the PMUs and the Iraqi army, freed the country from ISIS (which was created and nurtured by Western and Saudi intelligence, as revealed by Wikileaks).

It would seem that the US sanctions against Iran have not really had the intended effect, instead only serving to consolidate the country’s stance against imperialism. The US, as a result, is experiencing a crisis in the region, effectively being driven out of the Middle East, rather than leaving intentionally.

In this extraordinary and unprecedented situation, the Russians and Chinese are offering themselves variously as military, political and economic guarantors of the emerging Eurasian mega-project (the recent naval exercises between Beijing, Moscow and Tehran serving as a tangible example of this commitment). Naturally, it is in their interests to avoid any extended regional conflict that may only serve to throw a monkey wrench into their vast Eurasian mega-project.

Putin and Xi Jinping face tough days ahead, trying to council Iran in avoiding an excessive response that would give Washington the perfect excuse for a war against Iran.

The prospects of a region without terrorism, with a reinvigorated Shia Crescent, led by Iran at the regional level and accompanied by China and Russia at the economic (Belt and Road Initiative) and military level, offer little hope to Riyadh, Tel Aviv and Washington of being able to influence events in the region and this is likely going to be the top argument that Putin and Xi Jinping will use to try to deter any Iranian overt response.

Deciding to kill the leader of the Quds Force in Iraq proves only one thing: that the options available to Trump and his regional allies are rapidly shrinking, and that the regional trends over the next decade appear irreversible. Their only hope is for Tehran and her allies to lash out at the latest provocation, thereby justifying the regional war that would only serve to benefit Washington by slowing down regional unification under Iranian leadership.

We must remember that whenever the US finds itself in a situation where it cannot control a country or a region, its tendency is to create chaos and ultimately destroy it.

By killing General Soleimani, the US hopes to wreak havoc in the region so as to slow down or altogether scupper any prospect of integration. Fortunately, China, Russia and Iran are well aware that any conflict would not be in any of their own interests.

0 thoughts on “A Terrorist Attack Against Eurasian Integration”