HOME / WORLD / What does France want from Lebanon and Hezbollah, and will it achieve its goals? (2/3) 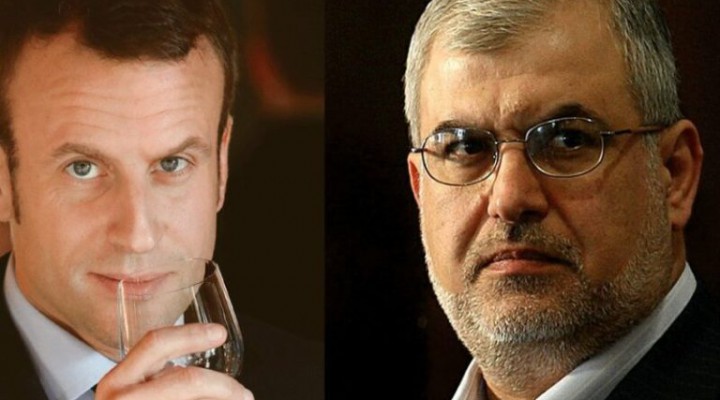 It would be inaccurate to say that the US has given the green light to French President Emmanuel Macron to carry his initiative to Lebanon. In fact, US policy does not coincide with the French goals in all details. In fact, following each of the two French visits an American envoy followed behind to assure his allies that the US had not relinquished the Lebanese theatre to France. The French approach differs from that of the Americans. Macron visited all the heads of parliamentary blocs, while Assistant US Secretary of State David Schenker visited lower echelon Lebanese officials and met via video “civil society representatives,” revealing the faces of those who claim to be revolutionary but receive support and are guided by Washington to promote US policy. If this indicates anything, it indicates the US administration’s lack of experience in dealing with the complex Lebanese file (and others, undoubtedly). As for the French President, he seemed determined to push Lebanon forward, grappling with the thorny issue of Hezbollah’s armaments , while still adopting unavoidable parts of the US-Israeli goals.

Germany had enjoyed a reliable reputation among Hezbollah and Israel following the exchange of prisoners and bodies. This reputation was lost when Germany bowed to Israeli pressure and claimed that Hezbollah, in all its military and political branches, is a terrorist organisation. France, by approaching Hezbollah in its own way is attempting to replace Germany but without any guarantee of success. Thus far Hezbollah is not showing a particularly warm attitude towards the “mother of Lebanon” but neither is it showing (yet) any aggression towards President Macron.

French sympathy was always directed towards the Christian community since the declaration of the “Greater State of Lebanon” and continued until the last decade. In 2011, the Maronite Patriarch, Mar Bechara Boutros Al-Rahi, visited Paris, where he met with French President Nicolas Sarkozy, who “suggested that Christians leave Lebanon – since the number of Christians had decreased to 1.3 million (in 2011) – and come to Europe, since there was no longer a place for them in the Middle East and that Europe could absorb them as it had already absorbed two million Christian Iraqis”!The Shiites of Lebanon have acquired a very powerful social status. Hezbollah had already received several offers to seize power in Lebanon in exchange for giving up its arms: Japan, the US and European countries’ offers were rejected because they did not take into consideration the ideological makeup of Hezbollah. This ideology categorically rejects any peace deal with Israel. Consequently, Hezbollah cannot give up its weapons even if there is an offer to become part of the Lebanese army, merge with it, assume the highest command authority and lead the parliament. This was one of the foreign suggestions turned down by Hezbollah.

Informed sources say, “Israel could destroy the Lebanese army within a few hours if the battle is drawn between two classic armies. Even if France provides anti-aircraft and defensive missiles, the protection of the army’s qualitative capabilities needs an

0 thoughts on “What does France want from Lebanon and Hezbollah, and will it achieve its goals? (2/3)”