HOME / SOCIAL/CULTURAL / “Normal” Isn’t Coming Back, Prioritize Your Mental Health: Notes From The Edge Of The Narrative Matrix 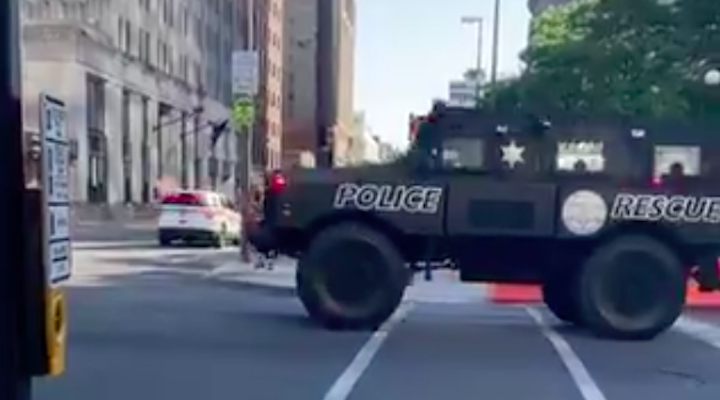 I wouldn’t invest any emotional energy in the hope that things will eventually return to normal. They won’t. The good news is that what we think of as “normal” is actually as crazy as a species could possibly be, and we may in fact be clumsily stumbling toward actual sanity.

Speaking of which, please prioritize your mental health at this point in history. Like, really, truly prioritize it. Things are only going to get more unusual and confusing from here on out, and you’ll need to keep your feet underneath you.

Keep truthfully saying what you believe to be true in each moment and eventually you will have pissed off everyone.

Me, a naive idiot: It’s a real problem how US police brutalize and kill people who don’t obey them.

Half of the entire internet: Well obviously the police are going to brutalize and kill someone who disobeys them, you naive idiot.

Funny how the people who bleat “all lives matter” clearly believe cop lives matter much much more than other lives.

I swear some people have a whole other brain for thinking about police brutality. A tiny shriveled up brain they keep in the sock drawer which has a completely different system of logic and values when it comes to acts of violence committed by someone who is wearing a badge.

What did all you “don’t tread on me” types think tyranny was going to look like anyway? What is it about the government’s goon squad executing people on site for not being submissive enough that doesn’t scream tyranny to you?

I think part of the problem we’re all having with you is that when you said you wanted to be the world’s police, we didn’t quite understand what the word “police” means in your country.

Defund/dismantle/disarm/abolish the police: Revolutionary. Paradigm-shifting. As threatening to establishment power structures as “End US imperialism”.

No event of any major significance can be accurately understood through a framework of mainstream partisan politics or a Trump-centric worldview. This is as true of these protests as it is of everything else.

The goal has always been to get dissident ideas into mainstream consciousness. If you resist this, you resist changing the status quo. There’s always a bit of a hipstery “I was here before it was cool” pushback when dissident ideas like dismantling the police state get more mainstream traction. But if you actually care about making the world healthy, you’ll always see their going mainstream as a good thing.

If no other good comes from the whole statues controversy than getting more people to re-evaluate their esteem for Winston Churchill, it will have been worthwhile.

Most of the people alive today are better people than Winston Churchill was. He was good at killing and bad at being a decent human being. Let’s acknowledge this, keep moving forward as a species, and leave shitty dead men in our dust.

If your “anarchism” has you reading from the same foreign policy page as Bill Kristol, then it ain’t anarchism, it’s just empire sycophancy wearing a sexier dress. And I really wish we lived in a world where it wasn’t necessary to point that out.

‘You don’t even have what I want.’

‘No you just have some fake imitation.’

“If America isn’t in charge of the world then someone else will be,” said the idiot. “Who will be the America if not America? And when two guys get married, who wears the dress? I can’t imagine the absence of any role without someone else stepping into it. I find life confusing.”

It’s encouraging. You can’t fix something you haven’t made conscious. This is true of our own unresolved psychological issues, and it’s true of our unresolved collective issues as well. The first step toward a healthy world is expanded consciousness.

When artists point to the ideal of living life to its fullest, they usually depict someone going on all sorts of awesome adventures. In reality, most people who live interesting lives sleepwalk through the whole thing. You live life to its fullest by simply being present for it.

We’re living in the most fascinating point in history that has ever been recorded. Probably worthwhile to be present for it.

0 thoughts on ““Normal” Isn’t Coming Back, Prioritize Your Mental Health: Notes From The Edge Of The Narrative Matrix”