HOME / SOCIAL/CULTURAL / Internet Censorship, Ego Death, And Other Notes From The Edge Of The Narrative Matrix 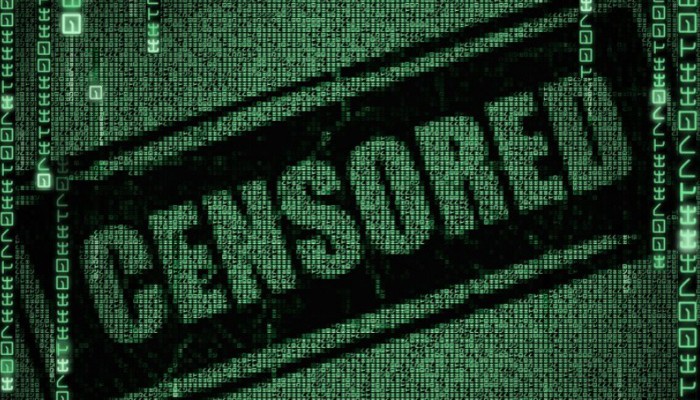 There is no legitimate basis upon which to support monopolistic plutocratic megacorporations with extensive government ties silencing dissident voices in order to control the thoughts that people think about Covid-19. This is true regardless of your stance on the virus itself.

It is a known fact that Silicon Valley tech giants have extensive ties to the US government. Like, it’s not a secret. At all. Yet whenever you object to internet censorship you always get people babbling about how it’s a “private company” so it’s okay. If a company is intertwined with government power in myriad ways, how is its deplatforming behavior meaningfully distinct from state censorship? Especially when its willingness to collaborate with the government protects it from antitrust cases, thereby killing any potential competition?

“Free market” types say “If you don’t like it you can go on another platform!” No you can’t. There’s no competition. If you don’t like Twitter you can leave a platform of hundreds of millions for a platform like Gab, which is like ten people and nine of them are Nazis.

They’ll say “No biggie, go be on that tiny platform over there, there’s plenty of free speech there!” I am sure there is. There’s free speech in the desert, too. Free speech doesn’t matter if you’ve isolated yourself on a platform where your voice is only heard by a few fringey people.

They’ve herded everyone onto a few monopolistic government-tied platforms, and now they’re censoring those platforms with an increasingly authoritarian fist. There’s no “free market” solution to this problem, because it’s not happening in a free market.

Friendly reminder that nobody ever asked if you consented to the United States ruling the planet, and you aren’t served by hating any of the governments which refuse to bow to its commands.

It’s so weird to me how foreign policy is just another tick box to American voters, same as any other policy. It’s like seeing a guy on a dating site who is bad on mass murder but on the other hand is good on cats and cooking at home and thinking, “Yeah why not, I like cats.”

“Those Chinese sure have an evil oppressive government,” said the guy whose government robs its citizens to violently destroy disobedient nations around the world, made possible by a one-party political system and the most sophisticated propaganda engine ever made.

My views on escalations against China arise from the same principles as all my other antiwar views, but a few longtime followers are like “OMG! OMG I CAN’T BELIEVE YOU LOVE THE CCP!” Bitch if you want unprincipled antiwar-when-politically-convenient takes go watch Tucker Carlson.

Elon Musk has named his newborn son “X Æ A-1”, which is pronounced “Elon Musk is an insufferable wanker”.

Trump ended up being not another Hitler, but another Obama.

This is not a compliment.

Democrats constantly tell leftists that they need to compromise with billionaires, bankers, exploitative corporations, war profiteers and sociopathic government agencies, and that they are simultaneously also incapable of compromising with the left on any agenda whatsoever.

Democrats have been consistently attacking Trump’s imperialism not because it is evil and murderous, but because Trump’s approach to imperialism is gaudy, unrefined, and unfashionable.

I was writing and tweeting about Tara Reade a bit, but the ugly insane vitriol being spewed about her by liberals is just too viscerally disturbing for me. Can’t do it. Hits too close to home. I’m sure I’m not the only rape survivor who’s been cowed into shutting up about this.

The Pulitzers are a vapid circle jerk where propagandists give each other trophies and assure one another that they still have souls.

“Think tank” is a great and accurate label. Not because a great deal of thought happens in them, but because they’re dedicated to controlling what people think, and because they are artificial enclosures made for slimy creatures.

“I am an independent-minded critical thinker,” said the person who was convinced by an 8chan anon that the world is being rescued by the president of the United States.

There’s an experience commonly referred to as “ego death” which people sometimes experience on psychedelics, in deep meditation etc which refers to the experience of no self; there’s just sensory input and maybe some light mind flickerings without the sense of a separate self.

The thing is, the ego never actually goes away during these experiences, because it was never there to begin with. There is no solid thing to be found anywhere in experience that can be called an ego or a separate self; there’s just thoughts, memories, sense impressions, etc.

In other words, there is no “ego” that can “die”. What actually disappears during these experiences is your belief in the separate self, the “me”, the ego. It’s the belief that dissipates, a belief in something that was only ever an illusion. All the entheogen/meditation practice/whatever did was make it possible for you to see the reality of your actual experience; it didn’t change anything about you, it just clarified your vision so you could see clearly what was always already the case.

The cool thing about this is it means you can learn to experience egolessness in your normal, everyday life, not just during special “mystical” moments, because it’s just perceiving the reality of your experience as it is actually occuring. It’s just a matter of investigating your own experience and then re-training your perceptual habits to align with your findings. Look for the separate self. Really hunt it down. Leave no stone unturned within you. All you’ll find is thought, sense impressions, feelings, etc.

Egolessness is not a matter of attaining some special state, it’s a matter of training oneself out of an erroneous habit of perceiving. Most human organisms are simply misperceiving the reality of the raw data that’s showing up on their screens, and we can learn to correct that.

This isn’t something which requires any faith or trust in me or anyone else; it’s simply a matter of investigating your own experience, seeing through the illusion, and then ceasing to place belief in that illusion. It needn’t be difficult or prolonged.

Why this Mainstream Media Journalist Resigned from Newsweek

0 thoughts on “Internet Censorship, Ego Death, And Other Notes From The Edge Of The Narrative Matrix”