HOME / SOCIAL/CULTURAL / Lindsey Graham, Protests, And Other Notes From The Edge Of The Narrative Matrix 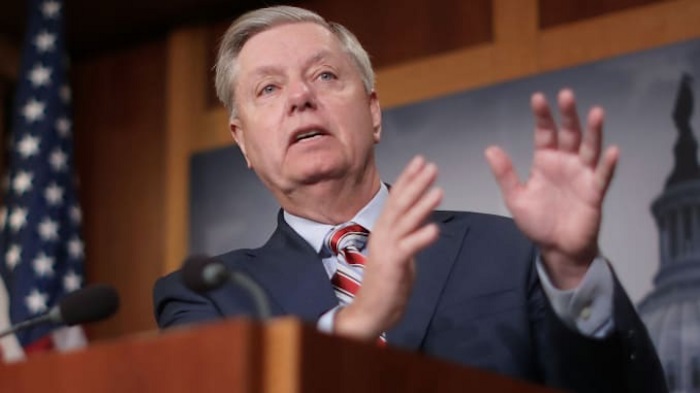 Obviously Graham is so deep in the closet he’s partied with the White Witch and Aslan the Lion, but the real scandal is that he is a closet psychopath. Jeffrey Dahmer didn’t leave a painful mark on our consciousness because he was gay, but because he horrifically murdered 17 people. And Lindsey Graham has helped kill a lot more than 17 people.

In a healthy world we’d treat being gay as normal and being a warmonger as more reprehensible than being a serial killer.

I know this is a tough time for Americans and I truly do sympathize, but god damn it’s so nice that nobody’s talking about that stupid fake presidential election anymore.

“I support your right to protest, just not the way you are doing it,” said every defender of every oppressive power structure about every form of protest of any kind.

My job’s going to be so much easier now that US police have completely invalidated every argument that gets made about every “regime” in need of humanitarian bombing.

Seriously mad about Russia and Antifa and George Soros and the Communist Party of China conspiring to trick Americans into not wanting police to murder them.

I’ve been arguing with people the last few days who claim these protests are being staged/controlled by powerful elites, and not one of them has been able to provide a lucid argument using solid facts for why that’s true. Not one. Yet it’s a common belief in conspiracy circles.

Friendly reminder that in today’s inverted totalitarian oligarchic empire, maneuvers designed to nullify and neuter the legitimate grievances of the populace are always preceded by the words “I hear you”.

Ignore words and photogenic gestures of solidarity and watch what actual, tangible changes are being put into effect instead. You’ll see two very, very different pictures. This applies to the official response to the protests, but it applies to politics generally and to manipulative people in your life as well.

Police should definitely be made to feel ashamed of having this attitude. It’s not okay to assault someone who hurt your feewings, you fucking infant. You’re a taxpayer-funded employee. You get to retire after 25 years. Get the absolute fuck over yourself.

Every time a libertarian on the internet paternalistically tells me he’s “disappointed” in me for saying something he disagrees with, an angel gets its wings.

Whenever you’re worried about a major development in 2020, just relax and remember that it will soon be eclipsed by something much, much bigger.

Just because there are powerful people conspiring to do terrible things does not mean they will succeed. They are not wise, they are not particularly smart, and they fail frequently. Don’t make gods of these assholes.

A lot of people think of the oligarchs like Greek deities moving chess pieces from Mount Olympus with total control over the affairs of man. In reality they’re just sociopaths who don’t understand normal humans all that well, and their agendas often faceplant. Don’t fall into the trap of believing every minute detail of everything that happens is controlled by nigh-omnipotent manipulators. They’re just clever primates who know a few tricks; they don’t really understand healthy humans, and we constantly move in ways they didn’t predict.

Humanity has so very, very much more potential than even most healthy humans understand, let alone sociopaths with no deep insight into human nature. Things are shifting, and the sociopaths will be the very last ones to know it. They’ll have no idea what’s going on.

Pence Goes to War: America Will Be Fighting Forever

The Russians Did It

0 thoughts on “Lindsey Graham, Protests, And Other Notes From The Edge Of The Narrative Matrix”