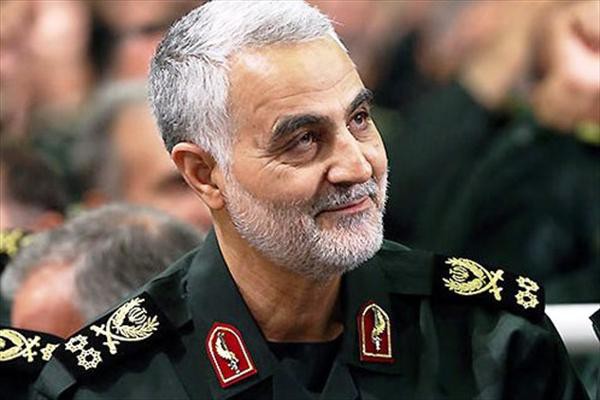 US President Donald Trump has taken the Middle East to war. Friday’s assassination of Iran’s Gen. Qasem Soleimani and Iraqi Popular Mobilisation Forces (PMF) leader Abu-Mahdi al-Muhandis was the official declaration. With this clearly illegal killing of ten people in a supposedly friendly state, the ‘leader of the free world’ has sunk to the level of a mafia boss, taking yet another leaf out of the book of his mentor Benjamin Netanyahu. The Israeli prime minister has worked assiduously to steer the US president into a showdown with Iran. Trump has now been well and truly lured into the Israeli trap.

The US and Israel have long wanted to be rid of Soleimani, and evidently kept close track of his movements. But they refrained from targeting him in the past out of fear of the heavy Iranian and allied retaliation that would inevitably provoke. So why choose to act now? Why break so brazenly the unwritten rules of engagement that have prevailed in the US-Iranian confrontation so far?

Domestic considerations are certainly a factor. Trump is facing impeachment and is focused on winning a second term. A foreign/security crisis in which he plays the tough guy against the country’s most demonized suits his purposes well. Netanyahu, mired in a corruption scandal and struggling for his political survival, has a similar interest. Neither man is known for giving long-term policy calculations precedence over personal political ones.

Soleimani was certainly a skilled and effective adversary. He played a central role in developing Iran’s impressive defence and deterrent capabilities, featuring two key ‘asymmetric’ elements: a vast, varied and increasingly sophisticated arsenal of largely home-made missiles; and a potent network of well-armed paramilitary allies spanning the region. But his achievements will survive him, and despite his near-legendary status among admirers and detractors alike, he did not make or implement policy single-handedly. Iran, unlike most of its Arab adversaries, is a state based on institutions rather than individuals.

The Israelis, at least, should have learned from experience. When they assassinated former Hezbollah leader Hassan Mousavi (along with his wife, child and several companions) in 1992, they thought that would be the end of the organization that was challenging their occupation of South Lebanon. Instead, it elected the formidable Hassan Nasrallah as his successor, and he led it to a stunning victory in its liberation struggle.

Everyone is now wondering where and how Iran will retaliate? Directly or via its allies in Lebanon Iraq or Yemen? Against US military bases or embassies in Iraq and/or the Gulf states, or against Israel? Iran certainly has no shortage of potential targets or means to strike them at its disposal.

But while retaliation may be inevitable, any acts of short-term revenge will only be the start. The drone assassination at Baghdad Airport was a permanent game-changer and it is the long-term consequences that should be troubling US policymakers and allies alike.

For starters, the US military presence in Iraq has been rendered unsustainable. If the government and parliament in Baghdad do not order US troops out of the country, the PMF and other Iraq’s will surely multiply efforts to force them out. Trump may be creating his very own Vietnam.