HOME / WORLD / Have the Yemen peace talks broken down? 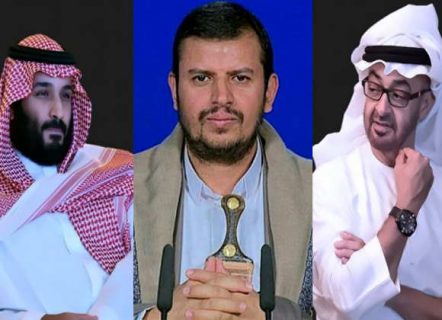 Have the secret negotiations between Saudi Arabia and Yemen’s Houthi Ansarallah movement reached a dead end, heralding a fresh escalation of tensions between the two sides?

That would seem to be the conclusion to draw from the Houthis’ renewed threat to attack “vital and sensitive” sites in the “aggressor states” that have been waging war on Yemen for the past five years. Military spokesman Yahaya Sarie warned on Sunday that the group had drawn up a target-list of nine such locations, six in Saudi Arabia and three in the United Arab Emirates.

He obviously did no identify these sites or say how they would be hit. But going by past Houthi attacks, he was likely referring to missile and/or drone strikes on airports and oil infrastructure.

The Houthis have attacked Saudi Aramco oil facilitates three times: they began by targeting pumping stations on the country’s main east-west oil pipeline near the capital Riyadh; then they hit the giant Sheiba oilfield in the Empty Quarter near the UAE border; and finally, and most devastatingly, they struck Saudi Aramco’s most crucial installations, the separation and refining plants at Abqaiq and Khreis. These attacks overturned the balance of power in the Yemen war by exposing the ineffectiveness of Saudi Arabia’s air defences and other protective and security measures.

The pummelling of Abqaiq and Khreis with 25 drones and surface-to-surface missiles was the seminal event of 2019. It prompted Saudi Arabia to enter into direct talks with the Houthis and to recognize the movement as a legitimate force without whose involvement no resolution to the Yemen crisis can be found. The attack shattered Saudi Arabia’s confidence in its American-supplied Patriot missile and radar systems that it acquired at a cost of tens of billions of dollars.

If Houthi leaders give the go-ahead for renewed attacks (they announced a suspension of cross-border missile strikes in September), it is anyone’s guess what they will try to hit. They have a habit of springing surprises, and their next move may be even more dramatic than the one that disabled the nerve-centre of the Saudi oil industry at Abqaiq, temporary shutting in half of the country’s oil output.

The same can be said about the UAE. The element of surprise here would be even greater, as the Houthis have never struck inside the Emirates. Their three selected targets might include oil refineries, power and desalination plants or airports.

The question remains: Why did the Houthis decide to issue this threat and flaunt their target-list at this particular juncture? Has their patience run out with Saudi and Emirati ‘ manoeuvring’ in the Yemen war? Did they put forward demands in the secret negotiations that Riyadh and Abu Dhabi turned down? Or has a decision been taken by the Iranian-Lebanon-Iraqi-Syrian ‘Axis of Resistance’ to up the ante on all fronts with the advent of the New Year?

We have no answers. But one thing we can say for sure: the Houthis have become better armed than ever, and have a record of doing as they say. Their threats should be taken very seriously.

0 thoughts on “Have the Yemen peace talks broken down?”