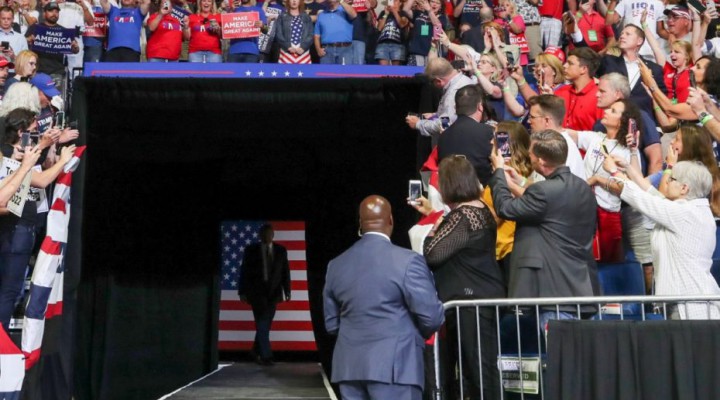 Future historians will scratch their heads when researching the annals and archives of the Donald Trump administration. Trump’s denial of basic facts about history, science, and even the weather will undoubtedly result in his administration and the subsequent fall-out from it being called the “Age of Unreason.” Trump and his administration often seize on erroneous information and turn them into, in what is in their minds, irrefutable facts. One example has been Trump’s insistence that the 1918 influenza occurred in 1917. Trump and his advisers discount the fact that the “1918 flu” is thus named because it was first detected in 1918, not in 1917.

Trump eschews facts as often as he is able. The 1918 flu, incorrectly called the “Spanish flu” was first detected in the United States on March 4, 1918. “Patient zero” was identified as Albert Gitchell, a U.S. Army cook at Camp Funston in Kansas.

Facts matter, except for a select group of fascist and proto-fascist leaders who include Trump, Brazilian President Jair Bolsonaro, Colombian President Ivan Duque, Philippines President Rodrigo Duterte, and a few other delusional presidents and prime ministers scattered around the globe.

Trump’s logic on the Covid-19 virus is as bizarre as his botching the time line of the 1918 flu. Trump repeatedly claimed the United States had more cases of Covid-19 because it was conducting more tests. Trump also admitted that he ordered less tests because that action would result in fewer cases. Of course, such a statement is that of a madman and is similar to someone claiming that if he or she was not tested for cancer, they would not contract cancer.

It is historical revisionism by Trump and his acolytes that presents the most danger for the United States and the world. George Orwell’s novel about a dystopian fascistic future, “1984,” introduced the quote, “Who controls the past controls the future: who controls the present controls the past.” That fascist precept, a canon of fictional Oceania’s “Ministry of Truth,” is dominant in Trump’s administration and Republican Party, the latter having become a personal political vehicle for would-be dictator Trump.

Alteration of American history lies at the heart of Trump’s attempt to re-brand the Old Confederacy. Trump has held up politicians and generals of the Confederate States of America, over which the United States was ultimately victorious in the U.S. Civil War, as part of the “heritage” of America. “Heritage” is a word that has become synonymous with adulation of the Confederacy, Jim Crow-era racism, plantation system slavery, and esteem for Confederate leaders. In order to re-write history, Trump and his Republicans have acted to develop fictional stories about the past.

In Mississippi, the Republicans opposed to removing the Confederate battle flag from the state flag have incorrectly stated that the flag was designed by “an African-American Confederate soldier.” State senator Kathy Chism, a Republican supporter of Trump, wrote on Facebook about the black Confederate soldier, who she failed to identify, “I can only imagine how proud he was that his art, his flag design was chosen to represent our State and now we want to strip him of his pride, his hard work. I’m sure he put a lot of thought into this design.” Chism made up the entire claim.

Another disturbing alteration of history can be linked directly to the neo-fascist global movement of former Trump chief strategist Steve Bannon. The neo-fascist catechism holds forth that Adolf Hitler and his Nazis were not far-right-wingers but represented “left-wing socialism.” This false historical narrative, pushed by officials in both the Trump and Bolsonaro administrations, reasons that because “National Socialism,” the political tenet of the Nazis, contain the word “socialism,” that makes Hitler and his Nazis “socialists.” Those who believe such codswallop refuse to recognize that Germany’s true Socialists and Communists were either executed by Hitler’s paramilitary forces or sent to the death camps, where few survived. To Hitler, socialism represented Bolshevik Marxism, Socialism, and Communism. There was absolutely nothing “leftist” about Hitler and his Nazis.

Trump and his supporters’ entire campaign to paint the news as “fake” and history, as we know it, as false is an Orwellian attempt to own the past, dictate the present, and control the future. Trump has given more than one “wink and nod” to an extreme fringe of right-wingers, who call themselves “Qanon,” who believe that even more far-out fantasies are true. One is that John F. Kennedy, Jr., the son of the 35th president who died along with his wife and sister-in-law in a 1999 plane crash, faked his own death in order to re-emerge one day to join Trump in battling an international pedophile ring. Several Qanon followers have emerged to join Trump on the Republican ballot in several states for the November 3 election. Qanon has a major outlet for their bizarre views on a cable “news” network, One America News Network, which is based in San Diego, California.

The FBI has deemed the Qanon poses a potential terrorist threat. A number of Qanon members have been arrested for, among other crimes, murder and attempted terrorism. Qanon is similar to a Nazi death cult. Its members not only believe that Covid-19 is a ruse concocted by some secretive global cabal – a belief that has been given succor by Trump – but, more dangerously, they freely throw around names of public figures who they believe should be “eliminated.”

Qanon and other right-wing extremist groups have made death threats against several public health officials around the country – all claimed to be part of some “deep state” – who have been at the forefront of crafting special health measures, including the wearing of masks and social distancing, to avoid the spread of Covid-19. Among those who have been targeted are Dr. Anthony Fauci, America’s leading infectious disease expert; Dr. Barbara Ferrer, director of the Los Angeles County Department of Public Health; and Dr. Amy Acton, the former public health director of Ohio. Acton was forced to resign as director after protesters, some spurred on by Qanon nonsense, showed up at her home.

Alternative history pervades the Trump administration. Trump’s Housing and Urban Development Secretary, Dr. Ben Carson, called the importation of slaves to the Americas from Africa “involuntary immigration.” He added that despite being sold into slavery, African slaves were merely “immigrants [who] made the choice to come to America.” Carson has not been alone in creating personal fantasies about history.

The attempt by Trump, Bolsonaro, and others to control the past, ensuring their control of the present and future, will depend on educators and the press being more vigilant than at any time in the past in spotting fake history, news, and science.

0 thoughts on “Trump’s ‘Alternate History’ and Rejection of Facts”