HOME / WORLD / Trump Crashing at the Polls, Dropping through the Hopeless 30’s 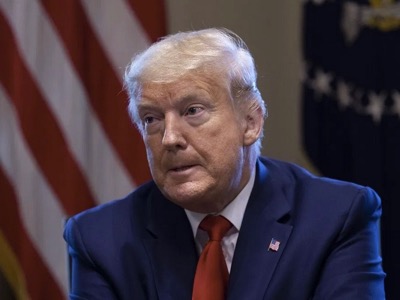 The president’s team had been relieved that he wasn’t slipping below 40 percent in the polls. Well. Now he is.

VT recognizes Trump’s “base,” a failure of the Democratic party to stay true to the American people and the marriage with the GOP and the cartels, the Mossad and the Kosher Nostra.

This is the simple truth of it.

Daily Beast: As Donald Trump returns to the campaign trail this Saturday night in Tulsa, Oklahoma, some of his top political advisers are growing increasingly concerned that the president won’t be able to dig himself out of the hole he’s made for himself.

Over the past two weeks, several of the president’s campaign lieutenants as well as individuals in his administration have reacted with mounting alarm as multiple polls have shown Trump dipping into the 30s against former Vice President Joe Biden, the presumptive 2020 Democratic presidential nominee.

In weeks past, various aides in the White House and on the Trump re-election effort had privately expressed cold comfort in the fact that with everything going on—a bungled response to a deadly pandemic, a massively crippled U.S. economy, protests across the nation, and a number of Trump’s own former top officials coming out against him—it was practically a miracle that the president’s poll numbers hadn’t sunk even lower.

Early this month, one senior White House official told The Daily Beast that their “nightmare scenario” would be for the president to slip beneath 40 percent support in a sustained string of public and private surveys—thus signaling that a previously unshakable base was starting to grow a bit disillusioned.
Trump’s consistent—though perhaps unenviable—standing in the low 40s had for years remained an illustration of his enduring base and iron Republican support.

“Until then, I’m not a doomsayer,” this official said, referring to the nerve-racking 30s in national, and some state, polling.

Trump Crashing at the Polls, Dropping through the Hopeless 30’s (How can the Mossad save him now?)

0 thoughts on “Trump Crashing at the Polls, Dropping through the Hopeless 30’s”