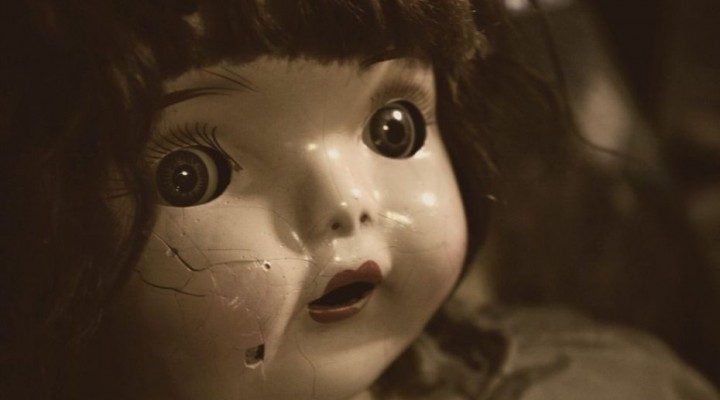 Epstein’s federal trial is scheduled to begin during the summer of 2020, right in the middle of the US presidential campaign. The evidence produced, said to number over a million pages, is bound to affect the outcome of the election. Trump’s one-time close relationship with Epstein may be the reason why so many Republican members of the House of Representatives are jumping ship.

The indictment of wealthy investor Jeffrey Epstein by the US Attorney for the Southern District of New York (SDNY) on charges of international sex trafficking and a wider conspiracy to commit such activity has sent shock waves throughout the political, business, and social strata of the United States and other countries.

Epstein’s fleet of private aircraft and numerous residences have law enforcement investigators looking deeply into various activities, over several decades, involving Epstein’s recent and distant past. Moreover, according to police reports, court filings, and witness statements, Epstein’s circle of friends includes some of the most politically important people in the world, including President Donald Trump; former President Bill Clinton; Britain’s Prince Andrew, the Duke of York; and former Israeli Prime Minister Ehud Barak. All of these VIPs, as well others, have socialized with Epstein, with Trump, in particular, being well-aware of Epstein’s taste in women that were “on the younger side.” In fact, Trump and Epstein were named as co-defendants in a 2016 lawsuit citing the alleged 1994 rape of a 13-year girl at Epstein’s Manhattan mansion. That lawsuit – Jane Doe v. Jeffrey Epstein and Donald Trump – has received more serious attention now that Epstein, a previously convicted underage sex offender in Florida, has been indicted on federal sex-trafficking charges.

The Epstein connection to the Trump administration also included Trump’s pick for Secretary of Labor, Alex Acosta, the US Attorney for South Florida who, in 2007 and 2008, crafted a federal and state of Florida non-prosecution agreement that immunized Epstein and his associates from any future state or federal prosecutions related to Epstein’s trafficking in underage girls. In return for such a “sweetheart” plea agreement, Epstein merely had to plead guilty to a few charges of soliciting prostitution from underage girls, serve a virtual “open door” jail sentence for thirteen months in Palm Beach County, and agree to register as a sex offender. Questions about Acosta’s role with Epstein and the agreement resulted in his resignation as Labor Secretary. Part of Acosta’s duties as Labor Secretary was the monitoring of the sex trafficking of women and children for prostitution pursuant to US laws and international treaties.

Epstein was returning on his private jet from Paris on July 6 of this year when he was arrested by federal authorities. The international nature of Epstein’s trafficking operations is highlighted by his ownership of two islands off of St. Thomas – Little St. James and Greater St. James – in the US Virgin Islands. Epstein has also maintained residences in Manhattan, Palm Beach, Florida (close to Trump’s Mar-a-Lago resort complex), and New Mexico. Epstein used a fake Austrian passport issued under an alias. The use of fake or false identity-inserted authentic passports are a specialty of the Mossad, which maintains a “passport factory” in Israel used to produce bogus travel documents. These have been used for Mossad operations in Australia, Dubai, New Zealand, the United States, Canada, Switzerland, Costa Rica, India, Thailand, Mexico, Peru, Brazil, Belarus, Ukraine, Germany, Spain, Trinidad and Tobago, Venezuela, Britain, France, Turkey, and North Korea. Epstein used his fake Austrian passport to travel to France, Spain (including the Canary Islands), Saudi Arabia, and Britain.

The upper echelons of the Israeli political and intelligence structure also feature prominently in Epstein’s circle of associates and friends. Epstein’s mysterious links to unidentified national security interests were heightened after revelations that Acosta, while he was the US Attorney in Miami, was instructed by higher authority “back off” with regard to the Epstein case because Epstein “belonged to intelligence” and that Acosta should just “leave it alone.”

While the use of sexual blackmail by intelligence agencies is as old as intelligence operations themselves, the use of minors in such “honeytrap” cases in generally in the purview of only a few espionage organizations, the major one being Israel’s Mossad. And in reviewing Epstein’s Israeli connections, there is a very good chance that it was Mossad for whom Epstein was gathering political blackmail.

Second, Epstein’s longtime administrative assistant has been Ghislaine Maxwell, the daughter of the late British media tycoon Robert Maxwell. Epstein and Ghislaine Maxwell were, for quite some time, habitués of Trump’s Mar-a-Lago club.

Although there have been a number of allegations concerning Robert Maxwell’s links to various intelligence services, his burial on the revered Mount of Olives in Jerusalem – reserved for loyal servants of Israel – attests to his lifetime of assistance to the Israeli state. In his 1991 eulogy of Maxwell, Israeli Prime Minister Yitzhak Shamir stated Maxwell “has done more for Israel than can today be said.” That loyalty to Israel extended back to the time when Maxwell served not only as a United Kingdom Member of Parliament for the Labor Party but as an insurance policy that Labor would adhere to a pro-Israeli stance. Maxwell and Donald Trump were also close social acquaintances, often see together at events for New York’s high and mighty.

Robert Maxwell maintained a close relationship with the Communist leaders in Eastern Europe. Epstein trafficked in underage girls from Eastern Europe, including from the former Yugoslavia and Czechoslovakia, the latter Robert Maxwell’s nation of birth. Epstein’s travels have also taken him to Slovakia, Mexico, South Africa, and Morocco.

Epstein always had a ready supply of money and a lot of it. He used it to buy two islands in the US Virgin Islands and outfit one with a massive mansion and guest houses. Epstein also had a fleet of jets, including a Boeing 727, nicknamed the “Lolita Express,” a Gulfstream IV, a Gulfstream GV, and a helicopter. Epstein built a huge ranch in New Mexico, complete with an aircraft hangar and runway. He also owned an apartment on Avenue Foch, near L’Arc de Triomphe in the most expensive neighborhood of Paris. Epstein’s seven-story townhouse in Manhattan’s Upper East Side was used to entertain the nobility of politics, entertainment, and even science. While some of Epstein’s wealth was undoubtedly made from handling the portfolios for Wexner and investments for the now-defunct Bear Stearns Wall Street securities firm and the late Saudi business tycoon Adnan Khashoggi, the steady stream of Epstein’s finances, during both bull and bear markets on Wall Street, has puzzled financial experts. Epstein’s use of a series of shell companies to move his money around strongly suggests that some of it originated from Israeli intelligence with other cash flows originating from blackmail payments by those implicated in Epstein’s activities.

Epstein’s movement of large amounts of money from the United States to accounts abroad triggered JP Morgan Chase and Deutsche Bank to sever ties with him. Epstein’s movement of funds through Deutsche Bank branches in New York and Jacksonville, Florida during 2015 and 2016 prompted the bank to inform the US Treasury Department through suspicious activity reports. Coincidentally or not, the Jacksonville branch also reported suspicious money movements through Deutsche Bank by Kushner Companies, the firm owned by Trump’s son-in-law Jared Kushner, and the Trump Organization.

Epstein’s residences were outfitted with sophisticated eavesdropping and camera surveillance systems. Epstein’s Little St. James Island has an island wide WiFi and mobile phone network that lent itself to eavesdropping on phone calls, emails, and text messages sent and received in the coverage area. In a lawsuit against Epstein filed by one of his many victims, it is alleged that Epstein installed concealed cameras throughout his properties to record sexual activity with underage girls by prominent people for purposes such as blackmail.

There is no arguing that the upper echelons of the British security and intelligence establishment have been rife with pedophiles. The extent to which MI-5 and MI-6 have used such dark proclivities to advance their agendas is up for debate. One thing is known, however. Politicians and media trying to uncover the extent to which pedophiles populate senior positions in government, religion, entertainment, and other sectors is often met with threats. On the other hand, Epstein’s money has, up until recently, ensured silence from the government of the US Virgin Islands, New Mexico, Florida, and the Manhattan District Attorney’s Office.

“The Miami Herald” and its reporters and editors who uncovered details of the Epstein case have been threatened. So, too have politicians who have pursued Epstein’s political enablers in Florida. Among those threatened has been Florida State Senator Lauren Book. Because of her dogged pursuit of pedophiles in Pennsylvania state government, Commonwealth Attorney General Kathleen Kane was indicted on trumped up charges, forced to resign from office, and sentenced to prison. The Isle of Jersey’s former health minister, Stuart Syvret, was branded by the media a “conspiracy nutter” for his investigation of child sexual abuse at the Haute de Garenne orphanage on the island. In a 2007 interview with a French magazine, French President Nicolas Sarkozy shocked France by saying he was “inclined to think that people are born pedophiles, and that it is also a problem that we do not know how to manage.” There is also the strange matter that the current French President, Emmanuel Macron, began a relationship, while he was 15, with his schoolteacher, who is now his wife and First Lady of France. Even though Epstein was arrested at a New Jersey airport after returning on his private plane from Paris, French authorities have been slow to open an investigation into Epstein’s activities in France.

It was the cover-up of his past pedophile activity that landed former Republican Speaker of the US House of Representatives Dennis Hastert, at one time the second-in-line to the US presidency, in prison.

Epstein’s federal trial is scheduled to begin during the summer of 2020, right in the middle of the US presidential campaign. The evidence produced, said to number over a million pages, is bound to affect the outcome of the election. Trump’s one-time close relationship with Epstein may be the reason why so many Republican members of the House of Representatives are jumping ship. What was expected to be a rout of Republicans in 2020 may be a tsunami if the Epstein trial produces the expected explosive information on the billionaire residents of Palm Beach island in Florida, home to Epstein, Trump, and other mega-wealthy movers and shakers.

0 thoughts on “Politics and Pedophilia: a Demonic Mix”