HOME / Multimedia / Seeing through the fog of war: Markey Talks With Vanessa Beeley about the conflict in Syria 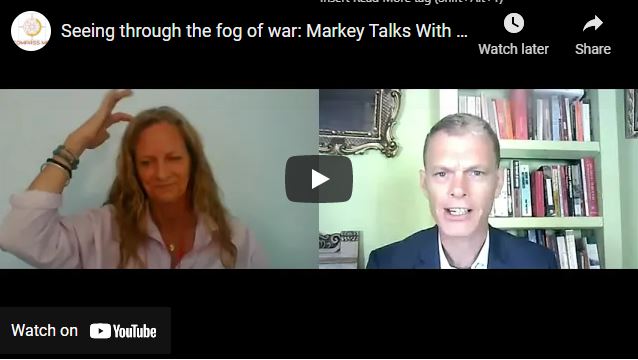 As the Syrian people continue to suffer through proxy war, terrorism, sanctions and looting of their resources, Markey talks with Independent Mid-east journalist Vanessa Beeley.

Vanessa was in Damascus, Syria, when we recorded the interview and despite electricity black-outs due to the war, she gave a detailed and at times harrowing interview on the proxy war being waged in Syria, the propaganda war, OPCW corruption, fake and real chemical attacks, and so much more. An eye-opening interview that must be shared.

0 thoughts on “Seeing through the fog of war: Markey Talks With Vanessa Beeley about the conflict in Syria”