HOME / WORLD / Debunking CIA and MI6 Syria narratives – one by one 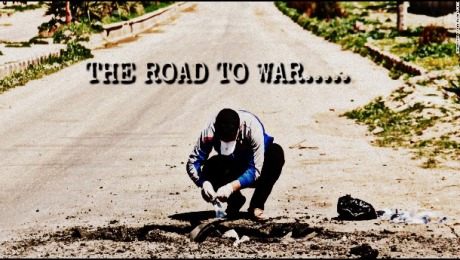 The UK/US deep state talking points about Syria are familiar. The President is a “tyrant”, the state is “authoritarian”, “political prisoners” abound and the nation is a “police state”. These reductionist labels stick. They stick because regime change-pushing media outlets repeat them ad nauseam until they are absorbed into our psyche as truths. “The interventionist war is bad but Syria is still “at fault” because The Guardian or CNN say so” is a paraphrase of the statements of many geopolitical commentators, even those allegedly onside with exposing the UK/US-led regime change war in Syria.

Ten years into the CIA/MI6-orchestrated war against Syria, even self-proclaimed anti-imperialist journalists deploy this terminology with zero hard evidence or context. History teaches us to examine every corporate media tagline with cynicism but many times such misrepresentation is allowed to slip through the analysis net.

Perhaps hanging on to the “less harmful” criticisms of Syrian governance will prevent the Assadist label being applied to journalists by the colonial media outlets determined to maintain control of the Syria narratives. Some would describe it as “choosing your battles. Personally, I would call it negligence, even cowardice. As journalists, our job is to unpack everything, every media-mass-produced accusation that has been used to subjugate, devastate and bleed a target nation dry.

Peter Ford, former UK Ambassador to Syria and Bahrain and an eminent Arabist told me:

“I always like to say that maybe Syria is a so-called “police state” because in states which the West tries to subvert there is a lot of policing to be done! Bravo on your effort to counter the sloppy labelling.”

Over the next few weeks, I intend writing a series of short articles detailing aspects of Syrian society and the context of the latest destabilisation campaign engineered by CIA, MI6 agencies & supported by allies in Israel, Turkey, EU, Gulf States, NATO. I hope to expose the reductionism that continues to plague the Syria narrative on both sides of the fence – and to bring to light perspectives that have previously been kept from view.

Next week, Off-Guardian will publish a comprehensive timeline of CIA/MI6 interference in Syrian affairs post World War 2 which will explain some of the context to the creation of a security apparatus in Syria to combat such intelligence operations that have been ongoing for decades, including assassinations and coup d’etats.

Speaking to Syrians about Syria

Speaking to Syrians about Syria is a selective process in the West. Rarely does colonial media speak to or cite the millions of Syrians who support their government, their President, their military and their allies in the war against foreign interference. I spoke at length with Syrian journalist, Kevork Almassian who opened my eyes to the freedom given to Syrian TV drama producers in the three decades leading up to the externally-manufactured “uprising” in 2011. Almassian said:

First of all, we need to define the “police state” which is a type of state where government institutions exercise an extreme level of control over civil society and liberties. The most common way of exercising control is by the deployment of internal security and police forces and allowing them to play a heightened role in governance.

Is this the case in Syria? The simple answer is no. Although it is true that Syrian security apparatuses don’t enjoy the best reputation in Syria, facts on the ground indicate that security apparatuses weren’t heavily involved in civil society and the turmoil that the CIA and its regional allies triggered in Syria in early 2011, suggests that, if the security apparatuses had an upper hand in the period before the war, Syria would have better prepared for the American plot.

Almassian told me that Syria holds a prestigious reputation in the Arab world for the quality of its drama productions. Not many people are aware that Syrian drama reflects the current issues in Syrian society, politically, economically and religiously. Syrian drama started to develop in the early 90s addressing controversial issues that took many Syrians by surprise. Topics that were formerly taboo became commonplace on Syrian TV – the malpractice of the Security apparatus, corruption of senior officials and even the growing phenomenon of religious extremism.

Almassian recounted that high ranking religious and security figures were reported to have lobbied hard to prevent the airing of a drama series called “Ma Malakat Emankoum” in 2010, he told me:

The series sheds light on the middle class, its problems and concerns, and on controversial issues such as religious extremism, corruption and terrorism. The series stirred controversy among the Syrian society, and especially among the religious figures who were against screening such work. Their attempt at censorship failed because Syrian law gave complete freedom to the Drama production teams and they were unequivocally supported by the political leadership.

Almassian argues that under a “police state” such “subversion” would be heavily censored. This particular series was revelatory for many, exposing the emerging Salafist scene in Syria which influenced many among the ranks of Syrian officials who betrayed their country in 2011 and joined the “opposition”. Peter Ford agrees with that take, referring to the UK state policing of dissent over Covid narratives:

“If we in the UK have not been living in a police state for the last year and three months you could have fooled me. The tyrannical state has interfered in the most intimate aspects of our lives in a way that even China’s Red Guards would have considered excessive. On pain of receiving a visit from the police and being dragged away people have been forbidden from leaving their own houses, from seeing their parents, from rescuing elderly parents from care homes become torture chambers, from taking holidays abroad, from even travelling a few miles, even from breathing freely without masks.

This has all been imposed under the pretext of a national health emergency in which the most common symptom of the allegedly lethal disease from which the state is protecting you is that you feel absolutely fine. This is the Nanny State become Police State, cheered on by a corrupt political class including a puny official opposition and by a state broadcaster, the BBC, who is capable of totally ignoring the most massive street protest in Britain this century.”

Please list the top three police states in the world.

Almassian referred to two other Drama series that reinforce his opinion. “When wolves get old” aired in 2019 and addressed the era of the 1980s immediately after the much misreported Muslim Brotherhood “rebellion” against the secular government of Hafez Al Assad. Instead of glorifying the Syrian government, the series exposed the Government and Security vulnerabilities and mistakes – highlighting the policies of re-integration and amnesty with Muslim Brotherhood and Salafist  instigators of violence which are believed to have led to an increase in their leverage within government and civil society leading up to 2011.

To put in simple words, the Muslim Brotherhood understood that it can’t overthrow the Assad government by force and shifted its policy to penetrating the state institution, hoping for a stronger presence and better preparation for the future, which happened in 2011, as the Muslim Brotherhood “rebellion” lasted more than 10 years now comparing to 3 years in the first rebellion between 1979-1982.

The final example is the famous Syrian drama “Maraya” (Mirrors) which screened from 1981-2013, perhaps the most dangerous point of the war against Syria when the US/UK-led proxy coalition of armed groups were gaining a serious foothold on Syrian territory. This series was liberally critical of the Syrian government and security services. Almassian finished by telling me:

There are hundreds of Syrian series that I can mention but for the time being, these examples are enough to conclude that Syria is surely not a model for freedom of speech, but at the same time, it is very far from the police state that some try portray without a shred of evidence except for the propaganda of the “Syrian opposition” that is itself funded by brutal dictatorships in the Gulf and imperialist powers.

Updated: How a Police State Starts – On Saturday a small, socially distanced vigil of 18 people for Julian Assange at Piccadilly Circus was broken up by twice that number of police and one elderly man arrested and taken into custody. The little group of https://t.co/B3fC4FXrdQ

As Laith Marouf, a lifelong activist for Palestine and an end to imperialist wars, pointed out, the biggest police state in the world is the US itself and the majority of despotic regimes with which it is allied – Israel, Saudi Arabia, Egypt, Turkey etc:

The true ultimate Police State is the USA; where the country has the largest prison population in human history, 25% of the global total, where every Black and Indigenous revolutionary in the past 100 years have been liquidated, jailed or exiled, where all media and communication is monitored by the most advanced surveillance system on the globe. Claiming Syria is a police state in this context, a state that had a lower than average incarceration rate, and almost no electronic surveillance, would be disingenuous if not malicious.

Seyed Mohammed Marandi, an Iranian academic also refers to the historical context of where Syria is today:

I have been to Iraq during Saddam’s reign and I have spent 4 months in Saudi Arabia. Taxi drivers in Damascus say things that people in Baghdad couldn’t tell their children and people in Riyadh still cant say to their children. The same people who were silent when their governments were giving Sadam Hussein chemical weapons to use extensively against Iranians and his own people, call Syria a police state to justify the NATO led dirty war as well as infanticidal economic sanctions.

The bombs rain down as I visit the Idlib frontlines, and witness the atrocities committed against civilians by NATO-backed terror