HOME / SOCIAL/CULTURAL / From Syria to Covid, the Hollywood narrative managers 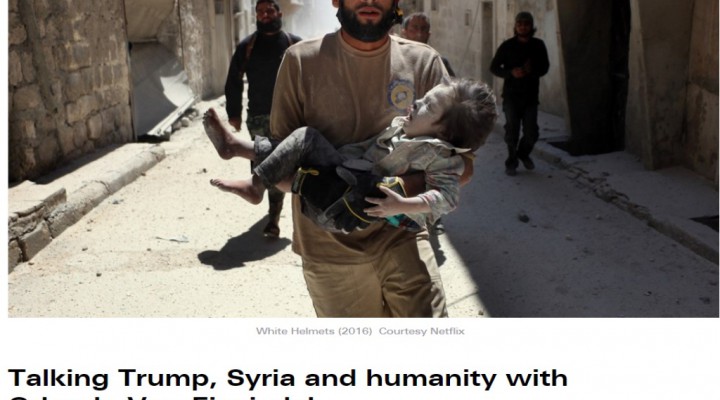 Everyone remember the 2016 Oscar winning “White Helmets” movie, directed by Orlando van Einsiedel? At a time that the White Helmets were being fully exposed as a UK intelligence-incubated organisation providing “humanitarian” cover for the UK FCDO-sponsored armed groups led by Al Qaeda splinter groups – Einsiedel stepped up to the plate to glorify the White Helmet group accused of organ trafficking and child abduction.

Now Einsiedel has returned with a fear-inducing glorification of the Coronavirus “pandemic” narrative. A ‘pandemic’ that is not a Pandemic. The following is a quote from a glowing review of Einsiedel’s new production:

British documentarian Orlando von Einsiedel has a deep understanding of the very helpers that Rogers spoke of so indelibly. His Oscar-winning short from 2016, “The White Helmets,” was an utterly galvanizing account of the first responders who saved the lives of Syrian civilians buried in the debris left from airstrikes. A sequence in which a baby is pulled safely from what appears to be a birth canal made of concrete until its cries provoke cheers of elation is as profoundly moving as any single image, nonfiction or otherwise, captured on film.

There are numerous moments in von Einsiedel’s new COVID-19 documentary on Netflix, “Convergence: Courage in a Crisis,” that achieve a similar power, particularly those involving migrant workers who have risked catching the virus in order to heal others, all the while being treated as second-class citizens. What’s interesting is in how the film’s chief strength simultaneously proves to be its occasional stumbling block. Ten co-directors from around the globe were assembled by von Einsiedel to provide their own perspectives on those who have kept society afloat during the pandemic.

The cross-over is complete and we now see the same players who brought you the Syrian regime change narratives bring you the Coronavirus “pandemic” reinforcing chronicles. Einsiedel is another tool working for the predator class multi-spectrum-war project. If this ‘pandemic’ were real there would be no need for the Hollywood make-over to persuade you that your life is in grave danger from the Al Qaeda of viruses.

0 thoughts on “From Syria to Covid, the Hollywood narrative managers”