The United States declares war on Russia, Germany, the Netherlands and France 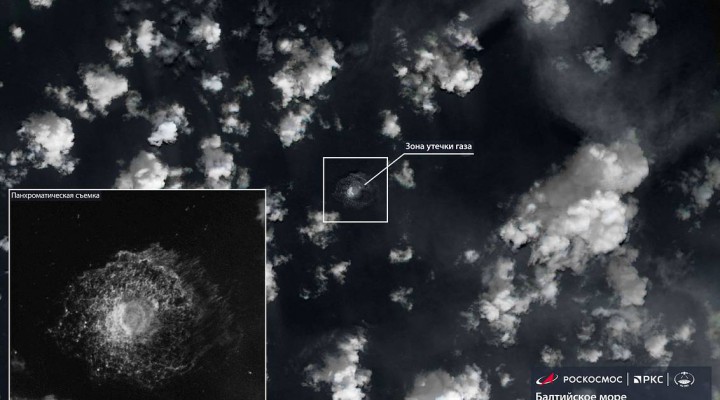 While the international press treats the sabotage of the Nord Stream gas pipelines as a news item, we analyze it as an act of war against Germany and the European Union. Indeed, the three gas supply routes to Western Europe have been cut off simultaneously, while at the same time a new gas pipeline has been opened to Poland.

Just as Mikhail Gorbachev saw in the Chernobyl disaster the inevitable break-up of the USSR, so we believe that the sabotage of the Nord Stream gas pipelines marks the beginning of the economic collapse of the Union.

The United States’ fight to maintain its global hegemony has reached its third stage.

After the expansion of Nato to the East in violation of Western commitments not to station US weapons in Central Europe, Russia, which cannot defend its huge borders, is under direct threat.

In violation of its World War II commitments, Washington has put “hardcore nationalists” (“Nazis” in Kremlin terminology) in power in Kiev. They banned their Russian-speaking compatriots from speaking their native language, deprived them of public services, and ultimately bombed those in the Donbass. Russia had no choice but to intervene militarily to put an end to their ordeal.

The third round is the authoritarian change of energy supply to Western and Central Europe. On the same day, the Baltic Pipeline came into operation, the two Nord Stream pipelines were shut down, while the maintenance of Turkish Stream was interrupted.

This is the most destructive sabotage in history. An act of war against both Russia (51%) and Germany (30%), co-owners of these huge investments, but also against their partners, the Netherlands (9%) and France (9%). For the moment, none of the victims has reacted puclicly.

To carry out this considerable destruction, it was necessary to have submarines in the area, which the powers that be in the region have identified. If there are officially no clues, in the police sense of the term, the “surveillance cameras” (sonar) have already spoken. The states concerned know with certainty who the culprit is. Either they do not react, and they will be politically wiped out, or they prepare their reactions to this secret action in secret, and they will become real political actors when they do.

Let us remember the coup d’état in Algiers in 1961 and the subsequent assassination attempts against the President of the French Republic, Charles de Gaulle. De Gaulle pretended to believe that they were carried out by the Secret Army Organization (OAS), a group of Frenchmen opposed to Algerian independence. But his Minister of Foreign Affairs, Maurice Couve de Murville, publicly mentioned the role of the Spanish Opus Dei and the U.S. CIA in organizing and financing them. De Gaulle sought out and identified the traitors, reorganized the police and the army, and suddenly, five years later, announced France’s withdrawal from the integrated command of NATO. He gave the latter two weeks to close its headquarters in Paris-Dauphine and move to Belgium; a little more time to close the 29 NATO military bases in the country. Then he began traveling abroad to denounce U.S. hypocrisy, especially the Vietnam War. France instantly became a leading power in international relations. These events have never been explained in public, but all political leaders of the time can confirm them [1].

Since the disappearance of the Soviet Union, the United States has developed a map of the world that disrupts international relations, leading it to overthrow governments and wage wars in order to build transportation routes for energy sources. This was the main activity of Vice President Al Gore for eight years, today it is the activity of Special Advisor Amos Hochstein. We remember the war in Transnistria to get hold of a pipeline hub [2], then the war in Kosovo to build a communication route through the Balkans, the « 8th corridor ». Now all the other pieces of the puzzle are coming to light.

It is particularly difficult to understand the evil that has just hit the European Union and will, in all likelihood, cause its economic collapse, because the Union itself has made some of the decisions necessary for its bankruptcy.

Until September 26, 2022, the Union was mainly supplied with gas by Russia. This was delivered either through the Brotherhood pipeline through Ukraine, the Nord Stream pipeline or the Turkisch Stream. The United States, which guarantees the security of the Union, has just cut off these three routes in succession. Of course the Brotherhood pipeline is still functioning, but it can be interrupted at any time by Kiev’s will, Nord Stream has been sabotaged and Turkisch Stream can no longer be maintained because of the sanctions that the Union has taken at the request of the USA.

Until September 26, the economy of the Union was mainly based on the production of German industry. By cutting off Nord Stream, the United States destroyed German industry. In the famous words of Lord Ismay, the first Secretary General of NATO, the aim of the Anglo-Saxons was “to keep the Americans in, the Russians out and the Germans under control”.

This policy has been pursued by all US administrations without interruption since the 1950s. Nord Stream was built by 9 states, 4 of which own it. It started operating in 2011. Starting with Donald Trump’s term in office, in 2017, the US Congress threatened sanctions against the companies involved in the operation of Nord Stream 1 and those involved in the Nord Stream 2 project. President Trump himself has mocked Germany’s vassalage of Russian gas. A number of legal obstacles have been put in place to block Russian gas to Western Europe, not only by the United States, but also by Poland. From this point of view, the new US administration has not changed anything. Germany was wrong to believe that it was more benevolent.

It is true that in July 2021, an agreement was reached whereby Nord Stream 2 would have been replaced by hydrogen produced in Ukraine and transported, from 2024 (the date of the end of the Russian-Ukrainian contract), through the converted Brotherhood pipeline.

Chancellor Olaf Scholz, who was elected in December 2021, has made two serious mistakes in a few months. On December 7, he went to the White House where he tried to resist the United States’ demand that he stop accepting Russian gas. Back home, he chose to maintain Nord Stream and block Nord Stream 2, while seeking renewable sources. He thought, wrongly, that he was balancing the warmongering of US strategic thinking, the needs of his industry and the doctrine of the Greens, members of his government coalition.

The Chancellor had had a close call: during his press conference with the US President, Joe Biden said that his country could destroy Nord Stream 2 and that if Russia invaded the Ukraine, he would do so. It was absolutely frightening for Scholz to hear his overlord spit in his face that he could destroy a tens of billions of dollars investment if a third party acted without regard to his dictates. We do not know whether President Biden also mentioned the destruction of Nord Stream 1 during the closed-door talks, but it is not impossible. In any case, according to the German journalists who followed him, the chancellor returned to Germany pale.

His second mistake was made on September 16, 2022. His country wanted to get out from under the Anglo-Saxon umbrella and ensure its own security as well as that of the entire European Union. « As the most populous nation, with the greatest economic power and located at the center of the continent, our army must become the pillar of conventional defence in Europe, » the chancellor said. By specifying that he was only talking about “conventional defence”, he intended to spare the susceptibility of his French neighbor, the only nuclear power in the Union. He did not realize that he was violating the Straussian doctrine by imagining that he was escaping from the US military protectorate. In 1992, Paul Wolfowitz signed the Defense Policy Guidance, excerpts of which were published in the New York Times. He indicated that the United States would consider any desire for European emancipation as a cassus belli [3].

At the same time, the Baltic Pipe pipeline was inaugurated with great fanfare, a few hours after the sabotage, by the Polish president, the Danish prime minister and the Norwegian energy minister. It does not have at all the same capacities as Nord Stream, but it will be enough to change the times. Once the European Union was dominated by German industry using Russian gas, now it will be dominated by Poland using Norwegian gas. Polish Prime Minister Mateusz Morawiecki triumphantly declared at the inauguration ceremony: “The era of Russian gas domination is coming to an end; an era that was marked by blackmail, threats and extortion. »

The act of war committed against Russia, Germany, the Netherlands and France forces us to rethink the events in Ukraine. It is much more important than what has gone before insofar as the United States has attacked its allies. I have explained at length in previous articles what the Straussians were looking for with their provocations in Ukraine. What has just happened shows us why Washington, as a state, supports the Straussian project, and that its “grand strategy” has not changed since the 1950s.

In practice, the European Union will collapse economically, with the exception of Poland and its eleven Central European allies, members of the Three Seas Initiative (Intermarium) [4]. The tide is turning. From now on, Warsaw is running ahead.

The big losers will be Western Europe and Russia, but also Ukraine, which will have been destroyed only to allow this game of massacre.

The scuttling of peace in Europe

One thought on “The United States declares war on Russia, Germany, the Netherlands and France”