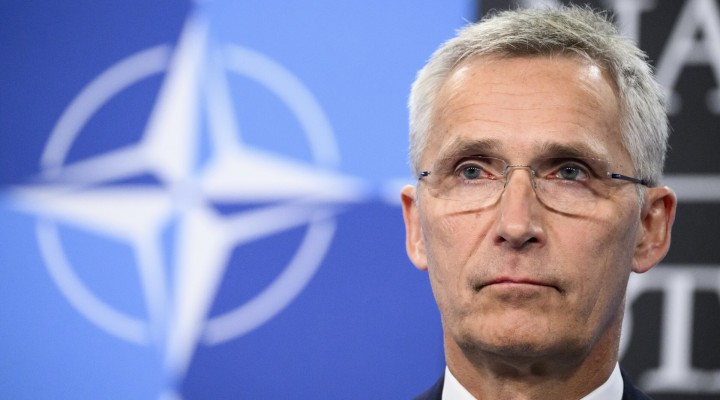 The Nato summit that convened in Madrid, Spain, last week was designed to provide a global stage for the alliance to tout its continued viability by welcoming in two new members, Sweden and Finland, flexing its military muscle and expanding its strategic reach into the Pacific. The reality is that Nato failed to produce meaningful results on all three counts.

Acting on a decision made during the annual Nato summit in Madrid last week, the ambassadors and permanent representatives of the 30 nations that comprise the trans-Atlantic military alliance signed off on the accession protocols for Sweden and Finland on Jul. 5. “This is a truly historic moment for Finland, for Sweden and for Nato,” the organization’s secretary-general, Jens Stoltenberg, said afterward.

The next step in the process is for the membership application to be ratified by the national legislations of each member nation. Herein lies the rub. While Turkish President Recep Tayyip Erdogan may have paved the path toward the conclusion of the accession protocols for Nato membership, by signing a memorandum of understanding (MOU) on Jun. 28 in Madrid, the devil is in the details. Part of the 10-point agreement contained in the memorandum is a Turkish demand that Sweden and Finland immediately extradite 33 Kurdish militants and members of the Gulen movement accused by Turkey of orchestrating a failed 2016 coup against Erdogan — 21 from Sweden and 12 from Finland — where they would be tried as terrorists.

Nato Secretary-General Stoltenberg, Finnish President Sauli Niinisto and Swedish Prime Minister Magdalena Andersson all proclaimed their support for Turkey’s ongoing struggle against terrorism, with Finland and Sweden pledging to “address Turkey’s pending deportation or extradition requests of terror suspects expeditiously and thoroughly.” While the MOU reached with Turkey is a political document, the processes attached to any extradition matters are purely legal in nature, meaning that the requests must go through the respective court systems of Sweden and Finland. Here the obstacles to successful implementation of the Turkish demands are seemingly insurmountable, with both Finland and Sweden prohibited by law from extraditing persons accused of political crimes, and from extraditing persons to nations where they face persecution.

At the end of the day, the Turkish demands may not be met by either Finland or Sweden, setting up the rejection of their applications to join Nato when they are considered by the Turkish parliament later this summer. Like everything else associated with the Nato Madrid summit, however, the public reconciliation between Turkey, Finland and Sweden was for appearances — an effort to shape popular perceptions about the viability of the alliance while ignoring the reality that Nato is in the midst of a crisis of confidence and capability unlike any in its history.

A Meeting of Consequence

The Madrid summit was convened during one of the most consequential periods in the history of the trans-Atlantic alliance. To say that Nato is undergoing an existential crisis is an understatement. The humiliation the alliance suffered from its precipitous retreat from Afghanistan last summer — ending a failed two-decade experiment in nation-building — would have infused any agenda with measures designed to restore credibility and relevance to the alliance. This is especially true given the rupture in confidence between Nato and the US, due to the lack of coordination and consideration shown by successive US presidential administrations when it came to extracting the US military from Afghanistan.

Neither the US nor Nato had time, however, to meaningfully repair frayed relations brought on by the Afghan debacle when they were confronted by the deteriorating situation between Russia and Ukraine over the Donbas region that escalated throughout 2021. Under normal circumstances, there might have been an opportunity for diplomacy to be more deftly wielded by either Nato or the US. Instead there was a perceived need to be seen as standing strong and united in the face of a concerted Russian pushback against the existing framework for European security — especially related, but not limited to, the issue of Nato’s eastward expansion and possible Ukrainian membership. And as things stood, Nato’s strong political defense of Ukraine compelled it to assume a posture that found it badly out of position when Russia invaded Ukraine on Feb. 24.

The reality is that Nato and Russia had been on a collision course over Ukraine that dates to the alliance’s decision at its 2008 Bucharest summit to open the door for membership to two former Soviet republics, Ukraine and Georgia. The issue of Ukraine joining Nato had always been viewed by Russia as a red line when it came to national security, a point underscored by former US Ambassador to Russia (and current CIA Director) William Burns in a February 2009 memorandum entitled “No means no.”

Burns’ warning went unheeded and, in the aftermath of the ouster of pro-Russian Ukrainian President Viktor Yanukovich in 2014 and the onset of the Donbas crisis, the matter of Ukraine’s eventual membership of Nato became settled policy for the alliance. The practicalities of turning that goal into reality, however, eluded Nato at the time of the Russian invasion. So, too, had anything resembling a concerted, cohesive policy in response to Russia. The Madrid summit was seen as the forum for such action.

Another of the major announcements at the Madrid summit by Stoltenberg was the alliance’s intention to “transform the Nato Response Force and increase the number of our high readiness forces to well over 300,000.” Like the issue of Finnish-Swedish membership, the transformation of the existing 40,000-strong Nato Response Force is more aspirational than real. Stoltenberg’s pronouncement caught many Nato defense officials off guard, with the secretary-general having failed to coordinate his lofty goal with the realities of member state force structure and budget limitations.

Stoltenberg underscored that the planned expansion was in keeping with Nato policy, which cast aside the previous notion of Russia as a “partner,” instead labeling it “as the most significant and direct threat to our security.” Part of this robust posturing toward Russia was Nato’s commitment to a “strengthened comprehensive assistance package,” designed to transform the Ukrainian military into a Nato-style fighting force capable of defeating Russia on the battlefield. Like the enlarged Response Force, this goal is largely aspirational, with Ukraine suffering serious defeats in the Donbas, which Nato-provided military assistance appears unable to reverse.

Lastly, Stoltenberg articulated a new strategic concept for Nato that addressed the security challenges posed by China, and how best to respond to the threat posed by increased Russian-Chinese cooperation on military and economic fronts. This goal, however, must be viewed in the context of a broader economic conflict between the G7, composed of Nato members and partners, and the Brics economic forum, where Russia and China play outsized roles. Like Nato, the G7 has suffered serious blowback from economic sanctions intended to deter or curtail Russia’s actions in Ukraine.

The Madrid summit was intended to be Nato’s comeback moment, a display of unity and resolve designed to overcome the legacy of Afghanistan while standing up to the Russian invasion of Ukraine. Once one sifts the wheat from the chaff, however, there was little of substance. The post-summit reality is that Nato remains a dysfunctional alliance that is struggling to craft a viable response either to Russia’s invasion of Ukraine, or to the future challenges posed by the emerging Russian-Chinese partnership.

Is NATO’s Northern Expansion Really A Major Defeat For Russia?

You’re either with us or you’re a “systemic challenge”

The Empire is not done torturing Afghanistan

“Russia is presented as a threat at the recent G7 summit”