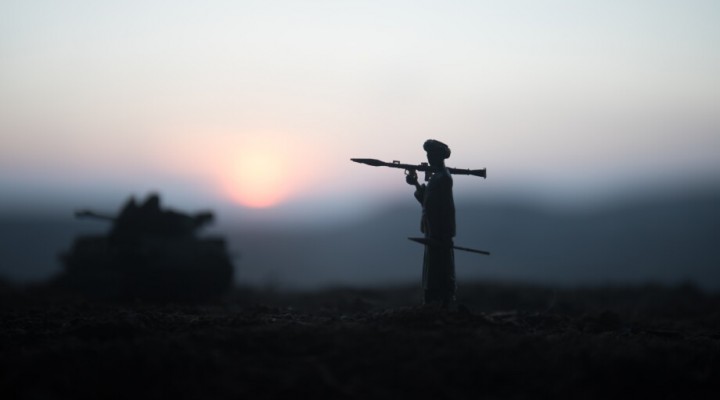 The US, Europe and the countries neighboring Afghanistan all have a vested interest in its future following the collapse of the former government and the departure of US and Nato forces. But the Taliban victory is awkward for the rest of the world. When the Taliban governed prior to 2001 it was widely reviled by the international community for its dismal record of human rights, including the oppression of women. This earlier version, Taliban 1.0, however, has evolved over two decades of conflict. It has had time to reflect on past mistakes, and a new Taliban 2.0 has emerged that is far more moderate. The ability of the Taliban 2.0 to succeed hinges on whether it can simultaneously restore security and stabilize the economy. But it can do neither of those things without help from the same nations that it had been at war with for 20 years.

Security is the most pressing issue facing Afghanistan right now. From the US perspective, the most politically sensitive aspect of the Taliban victory is a possible resurgence of Al-Qaeda, the Islamic extremist terrorist organization responsible for the Sep. 11, 2001 attacks and subsequent US intervention in Afghanistan. There is no doubt that Al-Qaeda as it existed in Afghanistan at the time of Sep. 11 has been decimated, largely by a joint US-Pakistan counterterrorism effort. But it has not been fully eradicated. A recent UN report determined that Al-Qaeda maintains a presence in at least 15 Afghan provinces. Assessing the threat level posed by this residual Al-Qaeda presence depends on defining exactly what is meant by “Al-Qaeda.” From the Taliban 2.0 perspective, the Al-Qaeda organization of 2001 is no more, with its presence limited to what a Taliban 2.0 spokesperson has called “family ties” in reference to the many foreign Al-Qaeda members that had married into Afghan families.

While the threat of whatever remains of Al-Qaeda in Afghanistan is up for debate, the same cannot be said for the Islamic State Khorasan (also known as Isis-K). Isis-K came to wider global attention when it attacked Kabul International Airport during the recent US-led evacuation operations there, killing 13 US service members and scores of Afghans. Isis-K is the Afghan offshoot of the Islamic State in Iraq and Syria terrorist group. Pakistani and Afghan fighters in Syria returned to Afghanistan in 2014 and established Isis-K, eventually growing to between 1,500 and 2,200 fighters and operating primarily out of the eastern Afghan provinces of Kunar and Nangarhar, near the Pakistani border, as well as in Badakhshan, Kunduz, and Sar-e-Pol, north of Kabul.

The US considers the defeat of Isis-K a top objective, inserting this goal into the negotiations that led to the withdrawal of US and Nato forces from Afghanistan. But there is another terrorist group operating out of Afghanistan that has largely been ignored in US circles but whose presence contributes greatly to regional instability. Tehrik-i-Taliban Pakistan (TTP) is the largest armed opposition group in Pakistan. The TTP is not affiliated with the Afghan Taliban. Instead, it conducts attacks inside Pakistan. The TTP operates out of bases inside Afghanistan, setting up there with the help of the former Afghan government and Indian intelligence. The TTP has also aligned itself with the East Turkestan Islamic Movement to carry out attacks against Chinese civilians and projects inside Pakistan. While the TTP is not high on the list of US security concerns, it is a top priority of both China and Pakistan — countries with whom the Taliban 2.0 wants to forge close relations.

To defeat the various terrorist groups operating on Afghan soil, however, the Taliban 2.0 will need to do more than carry out robust military operations. The root causes of terrorism in Afghanistan today, which are founded in the fractures created by decades of domestic and regional conflict and continued economic and social injustice, must be addressed by the Taliban 2.0.

There is no questioning that the Taliban 2.0 will require a tremendous amount of foreign investment and aid if it is going to be able to stabilize Afghanistan. This is the only way they can bring the social and economic stability that can starve the various terrorist groups, in particular Isis-K and the TTP, who feed off social discontent.

While several nations, including Russia and China, have retained a diplomatic presence in Afghanistan, and others, such as Pakistan and Iran, have exchanged delegations to discuss normalizing relations and maintaining ongoing trade, the interim nature of the Taliban 2.0 and uncertainty over its governing priorities have prevented nations from formally recognizing the new government.

The Taliban 2.0 has established an interim government in lieu of a more inclusive government that is being planned. While no nation has recognized this interim government, the international community, and in particular Afghanistan’s neighbors, must engage with the Taliban 2.0 to prevent an economic and humanitarian collapse. Such policy engagement is essential for Afghanistan to avoid a repeat of the anarchy that existed in the mid-1990s and helped create an environment where terrorist organizations like Al-Qaeda thrived.

If the Taliban 2.0 can survive the coming winter by both containing Isis-K and the TTP and by preventing economic and humanitarian collapse, the world would be in a far better position to judge their viability as a government. This would show they can represent all of Afghanistan rather than just a narrow slice of the Pashtu tribes that straddle the border with Afghanistan and Pakistan.

It is likely that Afghanistan’s neighbors, along with much of the rest of the world, will decide in a concerted fashion whether to extend recognition to the Taliban 2.0. Much of that decision will depend on their success with economic and social issues, which in turn depends almost exclusively on foreign assistance. Thus, the decisions made now regarding immediate aid will go a long way in determining whether there will be a rush to recognize the Taliban 2.0 as the legitimate rulers of Afghanistan in 2022.

Nations appear to be lining up to help. Russia is organizing talks with the Taliban 2.0 under the so-called Moscow format, established in 2017, which involves Russia, India, Iran, China and Pakistan. The G20 group of large economies met in Rome, where it agreed to work with the Taliban 2.0 to avoid a humanitarian disaster. The European Union pledged one billion euros in humanitarian aid administered by NGOs. According to the Taliban 2.0, China is prepared to invest billions of dollars conditioned on Taliban 2.0 security guarantees for Chinese workers and projects.

Even the US has recognized the need to work with the interim government to address security and humanitarian issues. The recent face-to-face meeting between US and Taliban 2.0 in Doha focused on several issues. The primary US focus was on security and terrorism concerns as well as safe passage for US citizens, other foreign nationals and designated Afghans out of Afghanistan. The US also emphasized the importance of human rights, especially for women and girls. But the real nuts and bolts of the talks dealt with the US providing “robust humanitarian assistance” directly to the Afghan people, using NGOs that would bypass the Taliban 2.0 as an intermediary. The US could do more, such as lifting a freeze of Afghan government assets that would make tens of billions of dollars immediately available. So far, the US has balked on such measures.

The ability of the Taliban 2.0 to govern Afghanistan going forward will primarily hinge on the willingness of the world to work with an organization that was in its previous iteration an international pariah. The Taliban 2.0 says that it will govern more moderately, respecting the rights of all Afghans, inclusive of Shiites and women. But the Taliban 2.0 will always primarily reflect Pashtu tribal values, which probably makes them incapable of meeting the exacting standards of most of its detractors in the West.

The final arbiter of legitimacy, however, will not be the ability of the Taliban 2.0 to deliver on all of its promises regarding a moderate domestic agenda. The key determinant will be its success in establishing domestic and regional security by bringing to heel the various forces of terrorism currently in Afghanistan. While the Taliban 2.0 possess sufficient military power to defeat these terrorist organizations, they can only do so if the poor social and economic conditions that foster these groups can be eliminated. Here, the Taliban 2.0 requires the help of its neighbors and former enemies in the US and Europe.