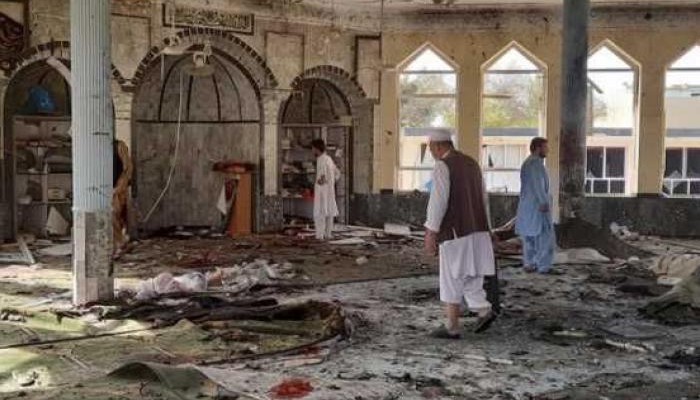 The USA incessantly claims to be the world’s foremost champion of freedom and democracy and coexistence and tolerance between races and religions. Its actions on the ground tell a very different story. It regularly sows the seeds of sectarian and ethnic discord to destabilise states and societies in countries whose leaders refuse to obey its dictates or loyally support its policies and military and political schemes.

For more than two decades, Afghanistan was spared sectarian warfare and confessional clashes, specifically between Sunnis and Shia, were rare. But this began changing within weeks of the humiliating US defeat, the victory of the Taliban movement, the evacuation of American forces from Kabul, and the flight of President Ashraf Ghani with his millions to the UAE.

Qandahar, where the latest weekly prayer-day atrocity took place, is the Taliban’s capital, birthplace, and first stronghold. Most of its inhabitants are Sunni, and followers of the Shia tradition are in a minority. We never heard or read of any previous attack on a Shia mosque in the city. On the contrary, the two communities reportedly coexisted in relative harmony.

Even the religiously intransigent al-Qaida which enjoyed the protection of the Taliban (protection that cost them their first Islamic Emirate of Afghanistan, ousted by the 2001 American invasion) never engaged in sectarian attacks against Shia targets or communities in the country. Indeed, its leader Ayman al-Zawaheri strongly admonished the head of its branch in Iraq, Abu-Misaab al-Zarqawi, for carrying out anti-Sia car-bombings, saying this was contrary to Islamic values.

The Qandahar atrocity has been attributed to the Islamic State – Khorasan Province (ISK) group, which opposes the Taliban and does not recognise their government, just like the Americans.

The Taliban’s big problem is that they resisted the US-led occupation for more than twenty years and won. Their other great sin, in American eyes, is their openness to China, growing ties with Iran, and outreach to Russia – the arch-enemy trio. That is why the decision was taken to undermine and destabilise their rule to weaken and ultimately topple it.

The Biden administration, which has made confronting the Chinese threat to US influence and leadership its top strategic foreign policy priority, wants to apply the model used in Syria – bloody mayhem and fragmentation – to Afghanistan. The objective is to undermine China’s security and stability by sponsoring hard-line Islamic groups to act against it, especially among the Muslim Uighurs whose areas are adjacent to Afghanistan.

The ISK is currently based in the remote and mountainous Tora Bora area near the Afghan-Chinese border. I know from first-hand experience that it is extremely difficult to reach. Ironically, it was also the al-Qaida leader’s favoured base and command centre. In 2017, the US used its 10-ton ‘mother of all bombs’ dropped by a giant B-52 bomber to destroy caves and tunnels in the area.

Sectarian strife did not succeed in Syria or Iraq nor will it in Lebanon. It is doubtful it will succeed in Afghanistan in the medium to long terms.

The Taliban movement –much though we may disagree with its hard-line Islamist ideology – has only been in power for two months. It has only just begun to establish the basis of its government and state, after inheriting an empty treasury and massive legacy of corruption and chaos from Ghani’s US client government. This makes security its key vulnerability.

It is hard to predict the course and outcomes of the US destabilisation scheme in Afghanistan. It could achieve some successes in the months and years to come, especially in terms of suicide-bombings and instigating chaos. But it is bound to fail in the end. The ultimate failure would be if the Taliban were to resort to retaliatory terror against US interests, either directly or via al-Qaida-like proxies.

We must remember that their first government survived for five years (1996-2001) under a suffocating American blockade and with the recognition of only three countries (Pakistan, Saudi Arabia, and the UAE). The second can last another 50 without American recognition, assuming the US remains a superpower.