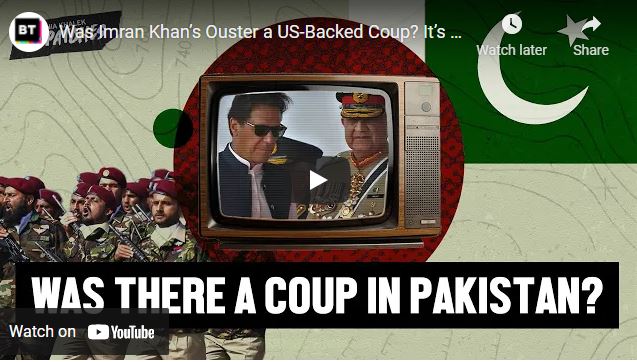 While the world has been distracted by the war in Ukraine, Pakistan is in the middle of massive political upheaval. Imran Khan was removed as prime minister through a parliamentary vote of no confidence, which he blamed on a US-backed coup.

Was it US interference? Or was this just local Pakistani politics?

To understand what happened and how Pakistani politics came to be dominated by a right-wing and military elite, Rania Khalek was joined by Taimur Rahman, a Pakistani Marxist who is Secretary General of the Mazdoor Kisan Party (Workers and Peasants Party). He is also an associate professor of political science at the Lahore University of Management Sciences.