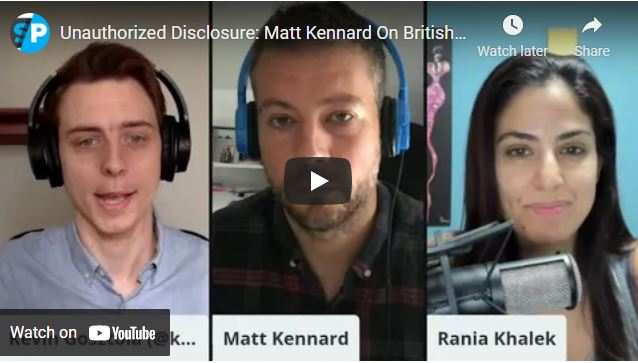 Matt Kennard, journalist and head of investigations for Declassified UK, returns to the podcast to discuss some of his recent reporting on the British security state. He also responds to latest developments in the extradition case against WikiLeaks founder Julian Assange.

He discusses how his media organization was blacklisted by the Ministry of Defense and highlights a report published at Declassified UK on the British anti-crime agency that trained Colombia’s repressive police.

Governments That Do Not Respect Truth Are Themselves Unworthy of Respect