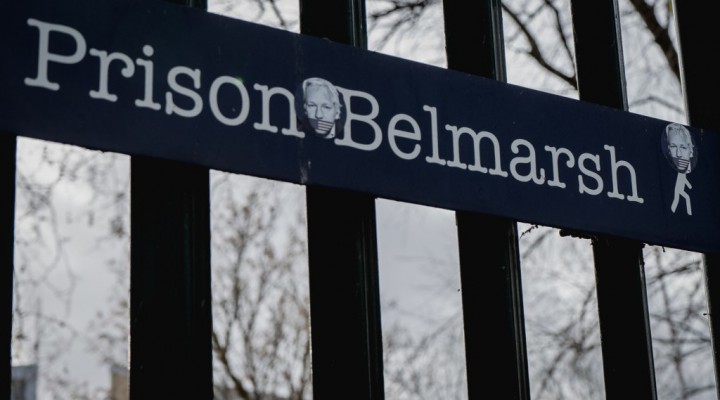 Leaders of The Group of Seven nation states met for their annual summit in Carbis Bay in Britain’s south-west last week. Some time between pantomime with elbow-bumps (later replaced by a far more intimate setting) and photo-ops with the Queen, U.S. President Joe Biden and British Prime Minister Boris Johnson stepped aside from the remaining G7 members to sign a new version of the 80-year old “Atlantic Charter”—a historic document once drafted by Winston Churchill and Franklin D. Roosevelt that preceded America’s entry into World War Two.

The 1941 document, with its dedication to democracy and territorial integrity, is widely regarded as paving the way for the creation of the United Nations. It’s the favourite of U.S. and U.K. leaders for invoking our “special relationship”—in 2019, PM Theresa May gifted President Donald Trump a reproduction of Churchill’s personal copy of the Charter, including corrections he’d made in red pencil. 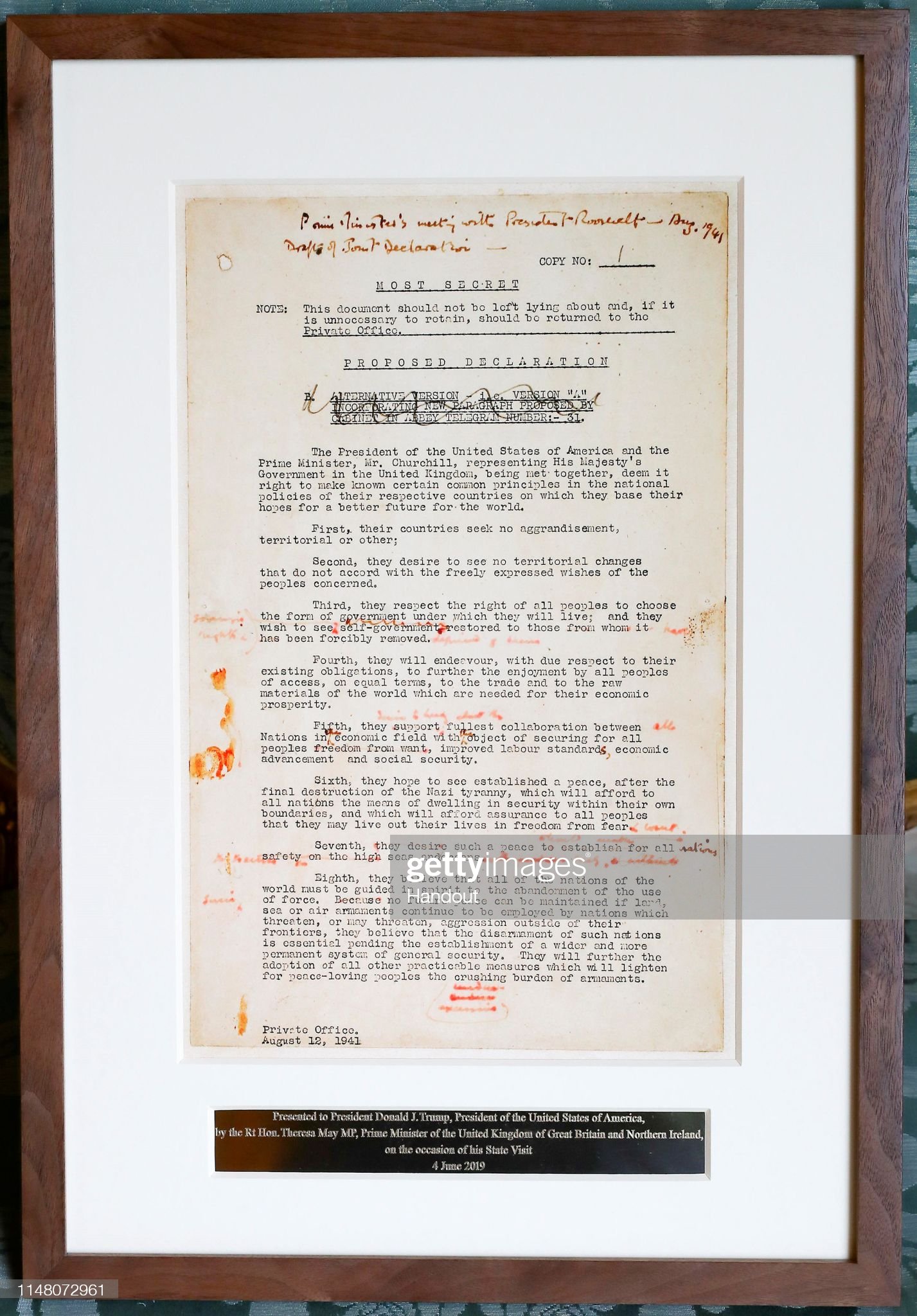 And while the original focused on the “final destruction of Nazi tyranny,” the revised version postured at Russia and China by calling for Western allies to “oppose interference through disinformation or other malign influences, including in elections”—while not naming the countries directly. It added: “We affirm our shared responsibility for maintaining our collective security and international stability and resilience against the full spectrum of modern threats, including cyber threats.”

But aside from wagging their fingers at the West’s latest bogeymen of choice, particularly those of the U.S., The New Atlantic Charter makes important reaffirmations to “defend the principles, values, and institutions of democracy and open societies.” In the first emphasised point, it draws a line in the sand to “champion transparency, uphold the rule of law, and support civil society and independent media. We will also confront injustice and inequality and defend the inherent dignity and human rights of all individuals.”

One cannot help but feel that all such affirmations stand hollow with arguably the most well-known journalist of this generation, WikiLeaks publisher Julian Assange, incarcerated in solitary confinement at a British maximum-security prison, however. In spite of a judgement by a British judge to refuse an application for his extradition to the United States in January, he remains imprisoned at H.M.P. Belmarsh in south-east London pending the outcome a High Court appeal. (The High Court’s Administrative Court Office has been contacted by this reporter with regards to whether a decision to proceed with the appeal has been reached and when that would be, but it confirmed that no information was yet available, nor would it say when any update could be expected.)

As such, the 49-year-old Australian has been imprisoned for what is approaching six months after a ruling that set a worrying precedent for investigative journalism, but ultimately found that sending Assange to an American super-max would be unjust and oppressive to his mental health, ordering his discharge as a result (although bail was henceforth refused). It takes his total spell at H.M.P. Belmarsh to well over two years, though still not convicted of any crime, and is preceded by his confinement at the Ecuadorean embassy in London where he had been penned in by London’s Metropolitan Police Service without access to sunlight or medical treatment for a period of seven years. The United Nations twice defined this period as “arbitrary detention.”

And aside from unaddressed concerns that Assange had inadequate time with lawyers to prepare his case against the U.S., or that Spanish firm UC Global was hired to carry out illegal surveillance on him on behalf of the CIA (in violation of his right to privacy and rights to legal and medical privilege)—both examples running amok of accepted norms on what constitutes a fair legal proceeding—the New Atlantic Charter’s calls for strengthening democracy by championing transparency also ring hollow as no one has been a greater advocate of transparency in government than Assange himself. In his month-long extradition proceedings that took place at the Old Bailey in London in September of 2020, professor Paul Rogers, a senior fellow at the Oxford Research Group and a peace studies professor at the University of Bradford, testified that: “The political objective of seeking to achieve greater transparency is clearly both the motivation and the modus operandi for the work of Mr Assange and the organisation WikiLeaks.” It was this, Rogers said, that brought Assange into direct confrontation with the Trump administration.

“The chronology of the subsequent progression of prosecutorial actions in relation to Mr Assange, suggests that it paralleled the overt expression of hostility by President [Donald] Trump to the press generally as enemies, and the reporting of accurate news being dismissed as ‘fake news’ and of whistleblowers as ‘traitors’, widening the gulf between reporting of state actions and the desire of government for preserving secrets.”

Eric Lewis, an American attorney who is partner at Lewis Baach Kaufmann Middlemiss PLLC and is the U.S. chairman of Reprieve, told the court that Assange’s indictment came as a direct result of Trump’s “personal vitriol towards journalists and leakers.” He pointed to a quote from the then-Washington Post commentator Chris Cilizza who said: “I’ve never seen so much leaking so quickly—and with such disdain for the president—as I have in the first six days of Donald Trump’s presidency.”

This caused Trump to launch a crusade on journalists and whistleblowers in February of 2017, with him publicly directing the Department of Justice to aggressively go after leakers. “We’re going to find the leakers. They’re going to pay a big price for leaking,” Trump said.

And while Assange was no doubt the biggest fish to catch in this assault, in 2018 it emerged that The New York Times reporter Ali Watkins, who had worked on a July 2017 story about the FBI’s ongoing investigation of Russia, had her phone and email records seized by the DOJ in a leak investigation. Earlier this year, it was also revealed that reporters from The Washington Post and CNN also experienced similar targeting.

President Biden labelled it “simply wrong” that the DOJ seized the phone and email records of journalists in the aftermath of anger following the disclosures, adding that he would not let it happen under his administration. However it was revealed on June 4 that attempts by the DOJ to obtain private records had in fact continued under Biden—on March 3, the Justice Department placed a gag order on lawyers for The New York Times in relation to efforts to seize four journalists’ records.

On Monday (June 14), the newly appointed Attorney General Merrick met with executives from The New York Times, The Washington Post and CNN in an effort to assuage them that his department would no longer continue the practice. Times’ publisher A.G. Sulzberger issued a statement following the off-the-record meeting that read: “We were encouraged by Attorney General Garland’s statements but we will continue to push until our concerns are addressed.” 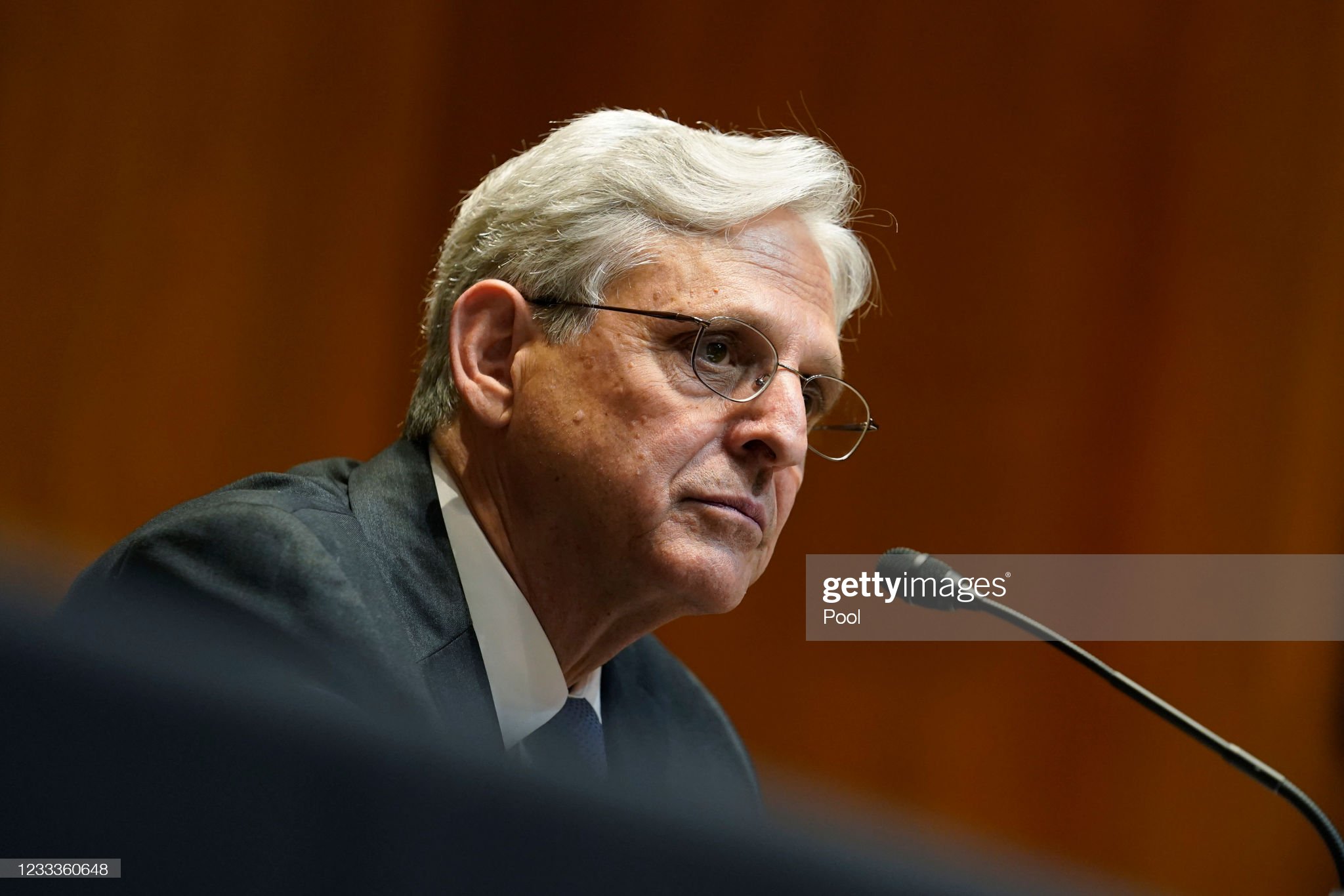 So perhaps President Biden and his administration have some ways to go in ensuring press freedoms are respected, but may at least be somewhat forthright in their commitment to rolling back the Trump- and frankly Obama-era style of assaults on freedom of speech, namely in their prosecution of leakers and journalists. It is welcome news from Monday that NSA whistleblower Reality Winner, a former intelligence contractor for Pluribus International and language analyst in the U.S. Air Force—the first leaker to be prosecuted under Trump—will be released from prison into a halfway house later this year. Although by all indications, the move was a result of good behaviour as opposed to actions by Biden or the DOJ.

Nonetheless, if his administration are earnest in ensuring that the promises of late are kept to, be it to the media executives or the proclamations emblazoned on the New Atlantic Charter, keeping Julian Assange in jail is incongruent with any such goals. As pointed out in a letter to President Biden from a cross-party group of 24 British lawmakers on the eve of the G7 Summit: “The case against Mr Assange weakens the right to publish important information that the government finds uncomfortable. Indeed, this value is central to a free and open society. Our countries are increasingly confronted with the contradiction of advocating for press freedom abroad while holding Mr Assange for years in the U.K.’s most notorious prison at the request of the U.S. government.”

The British MPs—which included Conservative David Davis, former Labour leader Jeremy Corbyn and former Green Party leader Caroline Lucas—therefore called on President Biden to drop the prosecution of Assange, describing it as an act “that would be a clarion call for freedom that would echo around the globe.” Describe the flowery language, I could hardly disagree.

The White House has been contacted for a statement in response to the politicians, but as of yet, one is yet to be received.