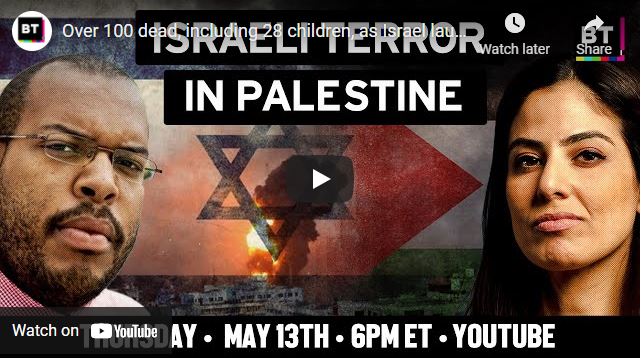 The Israeli military has begun a massive assault on the Gaza Strip. As of Thursday night, May 13, 109 Palestinians have reportedly been killed, including 28 children. A further 621 are wounded.

Hosts Rania Khalek and Eugene Puryear cover the atrocities that Israelis are committing against Palestinians and the unified fightback across Palestine, with experts and activists.

1:38:01 Kym Smith (Organizer with Party for Socialism and Liberation) & Dana Alhasan (Founder of South Carolina Students for Justice in Palestine)

0 thoughts on “Over 100 dead, including 28 children, as Israel launches massive assault on Gaza Strip”