Libyan Analyst Who Lived Through NATO War: Defense of NATO is ‘Total Hypocrisy’ 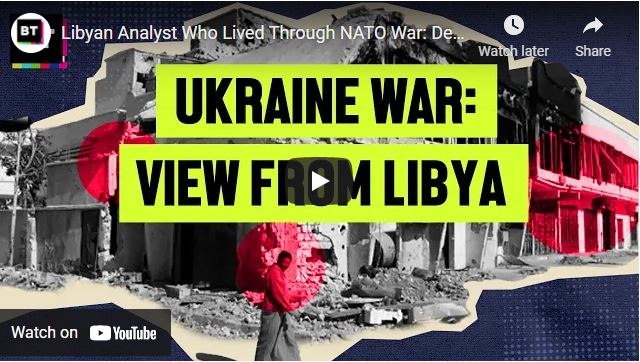 NATO is often called a defensive military alliance. But in 2011, NATO launched a war on Libya, dropping bombs, blockading the country, and ushering in a massive economic crisis and demolition of the most prosperous country in the continent.

As the war in Ukraine continues over demands that include keeping NATO weapons further from Russia, Libyan analyst and award-winning journalist Mustafa Fetouri analyzes the similarities of the wars.

One thought on “Libyan Analyst Who Lived Through NATO War: Defense of NATO is ‘Total Hypocrisy’”