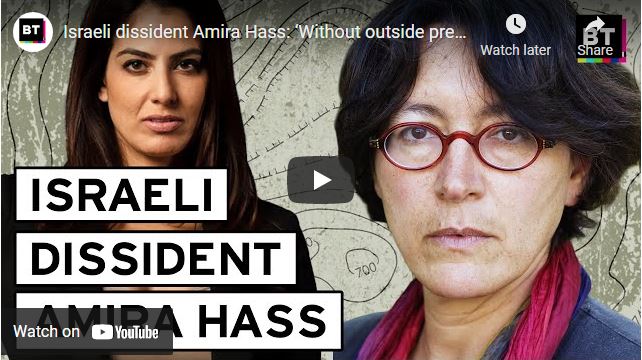 As the violence continues across Israel-Palestine, to help make sense of how we got here and what happens next, Rania Khalek is joined by Amira Hass, an Israeli journalist at Haaretz who is based in Ramallah and has spent years reporting from Gaza and the West Bank.

Hass provides an in depth analysis on the the radicalization of Israeli Jewish society, which is becoming increasingly right wing as the religious settler mentality is exported from the West Bank into Israeli cities. “Settler colonialism is part of Israeli DNA” with Israeli settlers being “a privatized arm of Israeli state violence.” This is at the root of the constant aggression against Palestinians. And absent outside pressure, Israel will continue down an increasingly dangerous and eliminationist path.

0 thoughts on “Israeli dissident Amira Hass: ‘Without outside pressure’ Israel’s crimes will continue”