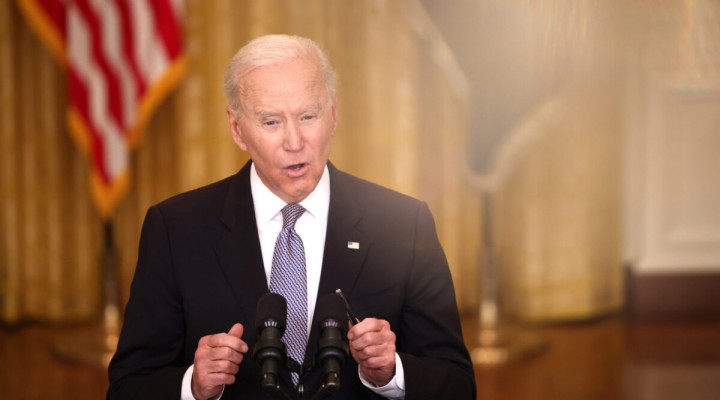 So adamant is the US assertion about Israel’s “right to defend itself” that President Joe Biden has approved a $735 million arms deal for the settler-colonial state, at the height of its latest military offensive against the Palestinians in the Gaza Strip. The sale is related to precision bombs, a technology of which Israel boasts but never really gets right in Gaza. Civilian infrastructure always figures high on the list of targets, with the resultant “collateral damage” of hundreds of Palestinian children, women, and men killed and wounded.

There is no difference in Biden’s approach compared with that of his predecessor Donald Trump, except that the former seeks to justify his actions — and inaction in terms of protecting innocent civilians and their rights — by citing the two-state “solution”. Although dead in the water, “two states” emphasises human rights rhetoric, but it is a framework for the annihilation of Palestinian rights, which suits Washington. Keeping in mind that the $3.8 billion of aid that the US pays to Israel every year is not dependent on the occupation state improving its appalling human rights record, Biden’s latest largesse strengthens Israel’s fake “security” and “self-defence” narrative, as well as its ability to act with impunity. This can never be justified.

Increasing scrutiny from the US Congress prompted a non-committal response from Biden yesterday, who expressed “support for a ceasefire” but, yet again, pontificated about Israel’s “right” to defend itself. There was no challenge for Israeli Prime Minister Benjamin Netanyahu, who declared that bombing Gaza will continue at “full force” and that it will “take time”. Meanwhile, for the third time, the US blocked a UN Security Council resolution calling for a ceasefire.

According to the US State Department, the arms deal is not related to the current bombing of Gaza. However, the timing clearly signifies US approval of the ongoing slaughter of Palestinian civilians. Furthermore, the sale reinforces the fact that Biden’s approach to the Palestinians is rooted in the unequal correlation between human rights protection and human rights violation. While he has restored a fragment of America’s humanitarian aid to the Palestinian people — which Israel duly complained about — the settler-colonial entity has been compensated above and beyond what is allocated for Palestinians.

There is little chance of collective opposition to the US arms sale, although some Democrat legislators have argued that agreeing to the deal without insisting upon a ceasefire will prompt Israel towards further aggression. However, it is these half-measures that take their cue from the two-state politics which have also contributed to every Israeli onslaught against Palestinians for the past thirty years. Without, at the very least, support for the Palestinian people’s right to legitimate anti-colonial struggle, the disproportionate US aid awarded to Israel cannot face a viable challenge. Even if opposition to the arms sale exists in Congress, there are no voices calling for an alternative to the two-state compromise, which still leaves Palestinians vulnerable to all forms of Israeli violence.

To put it briefly, the Biden administration, like its predecessors, is financing Israel’s brand of exceptionalism and settler-colonial politics. The latest weapons deal is even uglier in the face of the bombing of Gaza because it demonstrates clearly US-Israeli collusion against Palestinians. Had the agreement happened at a time when the world merely noted Israel’s normalised violations in passing, the $735 million deal would have passed relatively unnoticed.

Herein lies the danger of shifting the focus onto Israel only when it oversteps the boundaries of what politicians and the media have agreed is acceptable. Israel’s aggression is inherent and forms the basis of the settler-colonial project, which was founded upon terrorism and has terrorised Palestinians ever since to maintain its grip on their land. As long as the awareness generated by the well-publicised Israeli violence does not also encompass the daily reality of the oppression faced by the Palestinians, the US-Israeli collusion will continue to be accepted by the international community.