HOME / Multimedia / Is Poverty a U.S. Policy Choice? And Did AOC’s Dress Help or Hurt the Cause?

Is Poverty a U.S. Policy Choice? And Did AOC’s Dress Help or Hurt the Cause? 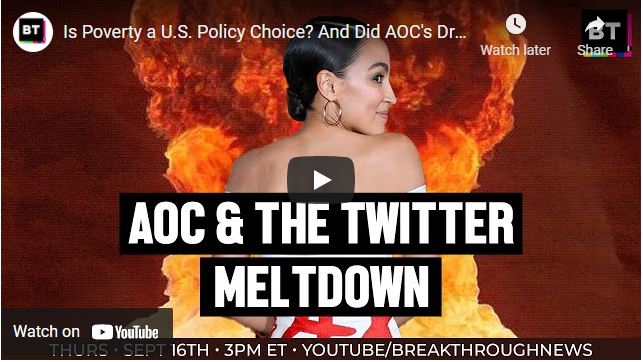 The Internet exploded this week with hot takes on AOC’s dress to the Met Gala, emblazoned with the slogan “Tax the Rich,” as Congress has been debating how progressive to keep the American Families Plan. Popular educator, grassroots organizer, and artist Ciara Taylor weighs in with Eugene and Rania.

Meanwhile, a report came out this week showing that the number of people living in poverty in the US went DOWN over the course of the pandemic if you include the pandemic aid like direct checks and robust unemployment benefits. Does this mean keeping US residents in poverty is a government policy choice? Shailly Gupta Barnes, Policy Director at the Kairos Center and the Poor People’s Campaign, discusses what we need, what we could be doing, and what we are doing.

This week is the 20th anniversary of the ANSWER Coalition, a group of organizations that came together three days after the September 11th attacks to build a necessary and popular anti-war movement against the Bush administration’s plans. ANSWER Coalition National Director Brian Becker reflects on the anti-war movement and the past lessons we can apply to today’s struggle against US intervention.

0 thoughts on “Is Poverty a U.S. Policy Choice? And Did AOC’s Dress Help or Hurt the Cause?”